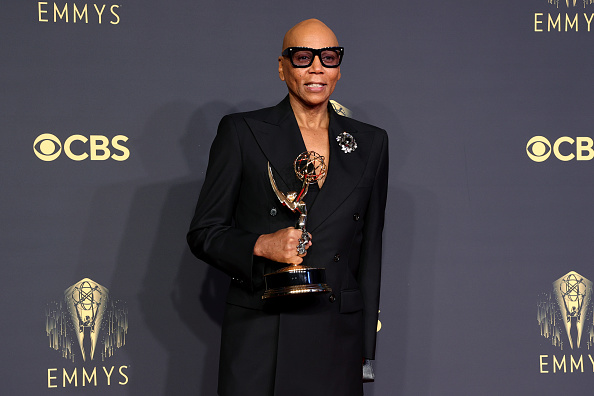 Texas lawmakers have been dancing around the idea of ​​banning young children from attending drag shows in the state, so y’all know RuPaul had a few things to say!

While speaking with James Cordon during a recent appearance on ‘The Late Late Show,’ RuPaul expressed his confusion with the proposed law, especially in light of the steadily increasing number of students dying at the hands of firearms. As we’ve reported, the state recently lost 19 students after a school shooting in Uvalde.

Texas Rep. Bryan Slaton proposed legislation to ban minors from attending drag shows on June 6–just two weeks after the school shooting in Uvalde. Slaton tweeted his proposition from him, along with a formal statement, after seeing a viral video of children who were present at the ‘Drag the Kids to Pride Drag Show.’ The statement read:

The events of this past weekend were horrifying and show a disturbing trend in which perverted adults are obsessed with sexualizing young children. As a father of two young children, I would never take my children to a drag show and I know Speaker Dade Phelan and the rest of my Republican colleagues wouldn’t either. Protecting our own children is not enough, and our responsibility as lawmakers extends to the sexualization that is happening across Texas.”

Drag shows are no place for a child.

I would never take my children to a drag show and I know Speaker Dade Phelan and my Republican colleagues wouldn’t either.

I will be filing legislation to address this issue in the new #txlege . pic.twitter.com/R7NkX7ADBR

We’ll keep you updated on the progress of this legislation, Roomies.