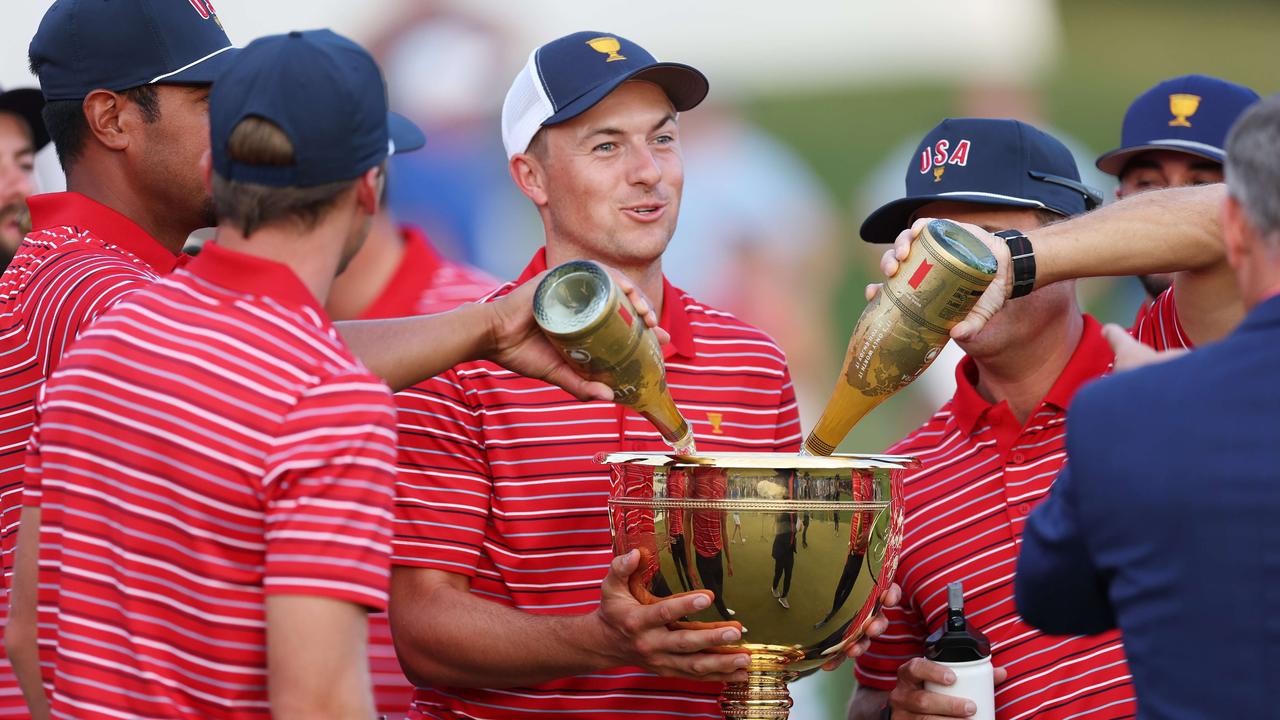 Defeated captain Trevor Immelman praised the “big hearts” of his International team, but it wasn’t enough to take down the big game of team USA which extended its Presidents Cup winning streak to 24 years.

Both teams were without players who had defected to LIV Golf, but the absence hurt the Internationals more, with British Open champ Cameron Smith watching on from home in Florida as the Americans put to bed any hope of a Sunday miracle for the Internationals.

The only Australians in action at Quail Hollow, Adam Scott and Cameron Davis, both lost their singles matches as the US won six of the 12 final matches to break to victory, 17.5 points to 12.5.

It was a 12th win for the Americans in 14 installations of the Presidents Cup, the lone Internationals win coming in 1998 when Greg Norman, the man who lured Smith and others to LIV Golf, was a team member.

A day three rally from Immelman’s men, which made the score 11-7 going into the final day, had raised hopes of that losing drought ending.

The Internationals stayed in the fight with early wins to Si Woo Kim, over Justin Thomas, and Sebastian Munoz, who took down world No.1 Scottie Scheffer.

But losses for both Scott and Davis, against Jordan Spieth and Patrick Cantlay respectively, put the trophy within touching distance for the home team.

Tony Finau and Tokyo Olympics champion Xander Schauffele then took their matches to clinch the 15 points needed to retain the Presidents Cup.

The final romp was the early week, with 10 of the world’s 16 top-ranked players playing prediction for Team USA. With Smith ruled ineligible for the Internationals, Hideki Matsuyama (17) and Sungjae Im (19) were the only team member inside the world’s top 20.