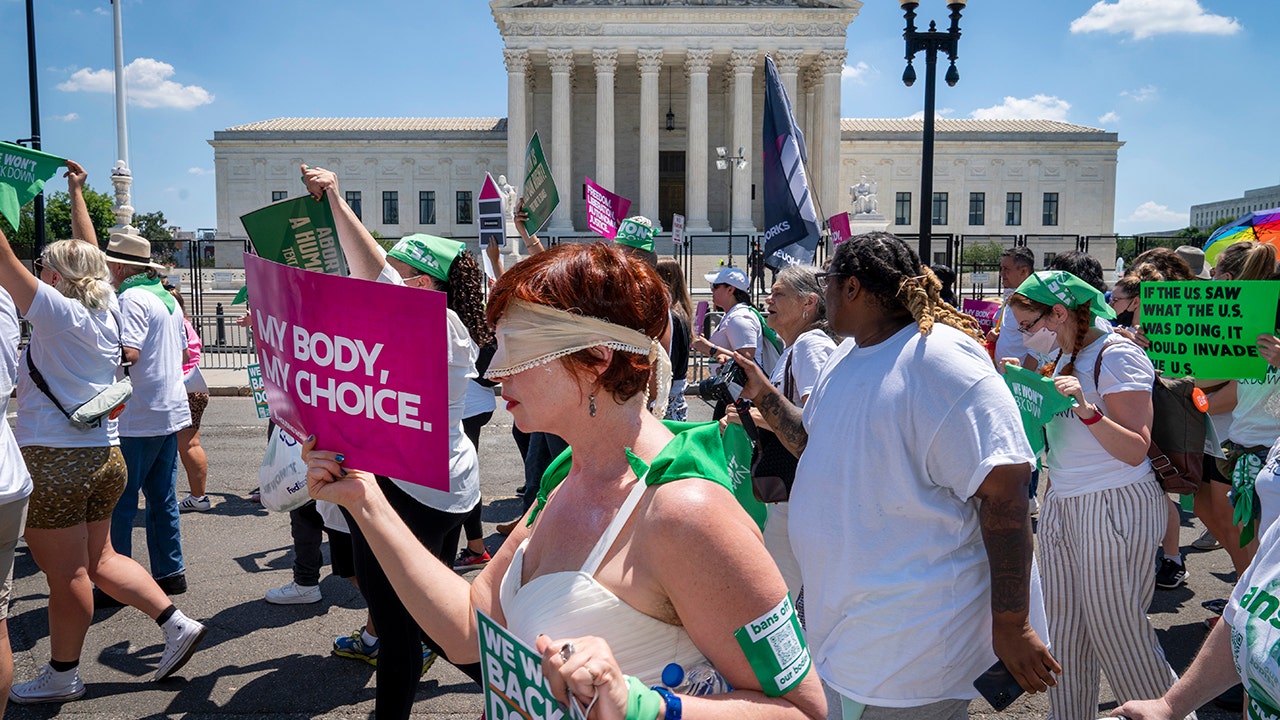 The Texas Supreme Court on Friday blocked a lower court order that permitted some abortions.

The decision is the latest development in a wild couple of weeks for the state of Texas.

On Friday, June 24, a majority of the US Supreme Court voted to overturn Roe v. Wade, ending constitutionally-protected abortion rights across the country.

Mahayana Landowe, of Brooklyn, NY, wears a “Lady Justice” custom as she marches past the Supreme Court during a protest for abortion-rights, Thursday, June 30, 2022, in Washington.
(AP Photo/Jacquelyn Martin)

One of these laws, signed by Texas Gov. Greg Abbott, prevented abortions past the sixth week of pregnancy. The law is commonly referred to as a “heartbeat law” as it outlaws abortions once a heartbeat is detected in a fetus.

Abortion service providers throughout Texas were then forced to cancel abortion operations and alert those who had appointments for an abortion that they were unable to provide the service.

Abortion rights demonstrators and an anti-abortion demonstrator argue after a Rally For Reproductive Freedom in Austin, Texas, on Sunday, June 26, 2022.
(Alex Scott/Bloomberg via Getty Images)

Almost immediately after the law went into effect, though, some abortion providers agreed to keep the practice legal.

And their efforts were initially successful when the Houston judge issued an order earlier this week reassuring doctors and abortion service providers they would still be allowed to resume abortions.

But, on Friday, abortions were outlawed again — for the second time in a week when the Texas Supreme Court temporarily blocked the lower court’s decision.

Legal fights over abortion have sprung up in many other states this past week as state and local governments navigate a post-Roe world.

The Texas Supreme Court’s decision is pending a hearing that is scheduled for later this month.