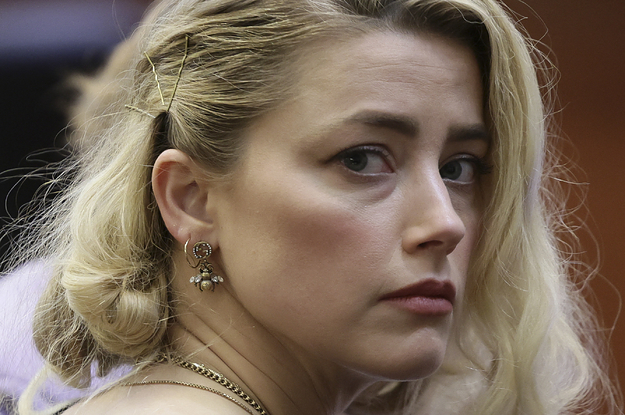 Amber Heard has already discovered what it’s like to face a powerful person in court. It’ll be so much tougher for her to fight his legions of stans dela — or more accurately, the people who seem to just hate her guts. The cultural precedent this outcome could set is terrifying — people could be less willing to speak out about alleged abuses made against them, even if they aren’t naming that person directly. See no evil, hear no evil, speak no truth.

It’s never just about the one case. It isn’t just about Roe v. wade teetering on the cusp of being overturned, sending generations of cis women and AFAB trans people back to fearing for their reproductive rights — it’s about all the other people cheering the decision on, or those who want to force a woman to have a baby she doesn ‘t want. It’s not just about the several mass shootings that had happened in the last three weeks — it’s about the swaths of people convinced that guns aren’t the problem, we just need to have fewer doors.

It’s not just about the money Amber Heard now apparently owes Johnny Depp — it’s about the cacophonous rally happening around him, people who don’t just support Depp but despise Heard. The cruelty is the point, sure, and these masses are part of the cruelty. Being a woman in the world doesn’t mean you’re ever just being punished by one man or one event; it means having to tangle with a tapestry of subjugation.

How are we supposed to keep up the good fight if we never get a chance to take a break from the fighting? How long can you be hypervigilant, in such a sustained way, with so little proof that the surveillance works? All progress comes with pushback, and that’s what we’re seeing here; it’s too premature to call the verdict the death of #MeToo, but it certainly feels like a pendulum swinging hard in the opposite direction. It also has implications for every woman who wants to come forward with her own allegations of abuse — from Evan Rachel Wood to any woman you know. Perhaps the hope is that we get too tired to keep fighting. I hate admitting when I’m close to quitting. I’m too young to be this disappointed.

When the jury read the verdict, they also read the headline in the Washington Post op-ed that precipitated the libel claims from Depp: “I spoke up against sexual violence — and faced our culture’s wrath.” The jury did not intend this, but they proved her point. Now, as Amber Heard drowns in that wrath, those of us who believed her do too.

But, of course, our trauma will soon mellow into a more manageable kind of collective PTSD, as it has immediate for every kind of disturbing and damaging current event in history. Some of us will learn from it; most of us won’t. Tomorrow, I’ll get back up. Tomorrow, I’ll have more salient thoughts. Tomorrow, I’ll try again. But maybe for now, it’s OK to be tired.