Joseph O’Brien’s Above The Curve steps up to Group One level at ParisLongchamp on Sunday as she contests the Coolmore Prix Saint-Alary (2.45), live on Sky Sports Racing.

The three-year-old filly was a narrow second in the Cheshire Oaks earlier this month in a race that possibly wasn’t ran to suit, having failed to catch frontrunning Thoughts Of June, with Ryan Moore in the saddle.

That will not be an issue this time, with Moore taking the ride on O’Brien’s contender for the Coolmore team, who also sponsor the race.

The British challenge looks to be headed by Canadian Group One winner wild beauty for the red-hot William Buick and Charlie Appleby combo.

She landed the Natalma Stakes at Woodbine last year and returned with victory in the Group Three Fred Darling Stakes, although it was since a well-beaten ninth in the 1000 Guineas behind Cachet.

1000 Guineas second Prosperous Voyage was set to line-up for the Ralph Beckett team, with Frankie Dettori initially booked, but she is a non-runner.

In the following race, Ed Walker sends dreamloper across to ParisLongchamp for the Group One Prix d’Ispahan (3.25).

The five-year-old mare won on seasonal reappearance at Group Two level in the Dahlia Stakes – Kieran Shoemark is in the saddle again, having taken the ride on her last two starts.

2021 Champion Stakes winner sealway looks to be working back towards somewhere near his best for the Francis-Henri Graffard team and lines up in opposition this afternoon.

After a disappointing run in the Saudi Cup, he finished second at Group Two level before a good third in the Prix Ganay earlier this month. 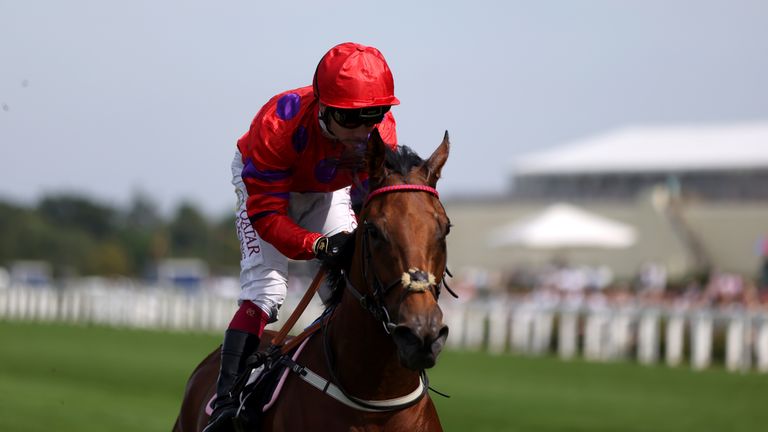 The domestic jumping action on Sunday comes from Uttoxeter and Fontwell, with the pick of the action coming in the Clarke Chase (3.31) at the Staffordshire venue.

He keeps the partnership and looks one of the likelier winners in a competitive heat, including Dan Skelton’s last time out winner destroyer and classy Simon Munir & Isaac Souede chaser torpillo.

Watch the action from ParisLongchamp, Uttoxeter and Fontwell live only on Sky Sports Racing (Sky 415 | Virgin 535) on Sunday, May 29.