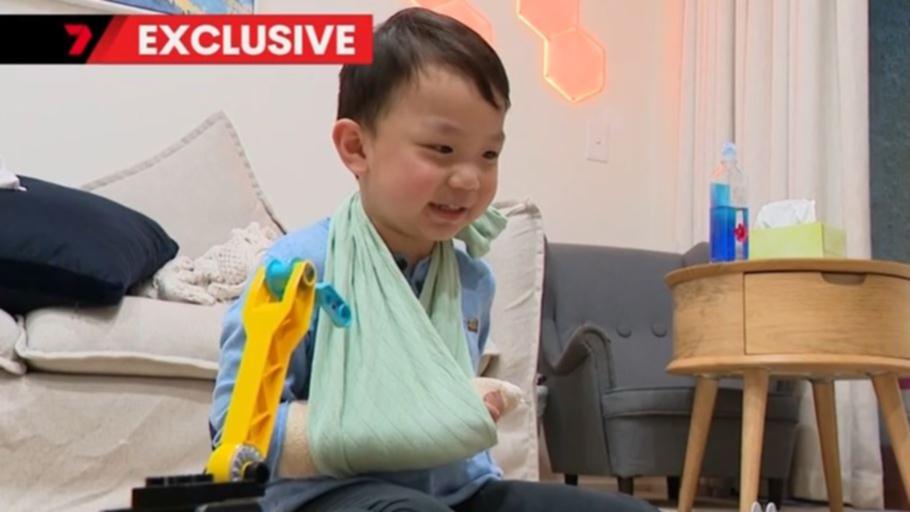 A Sydney toddler’s thumb has been horrifically severed during a weekend family trip to a shopping centre.

The Fairchild family made a visit to Sydney’s Broadway Shopping Center last weekend so their three-year-old boy Lewis could use the play equipment, 7News reported.

However, while riding on a travellator, the boy’s thumb was severed by a sharp object concealed under the safety rail.

Lewis’ mother Anora described the horrifying moment her son’s thumb was ripped off.

“It yanked out tendons, it went through to the bone, it was like a hack, it was not a clean job,” she told 7News.

His father Joseph said he was in “disbelief” as he frantically found the safety switch to stop the travellator and attempt to locate his son’s thumb.

Young Lewis spent a night in hospital where he had surgery but doctors unfortunately couldn’t reattach it.

The child’s parents are now demanding answers and an apology from the shopping center after the shocking incident.

They also want to warn other families to be mindful of hidden dangers.

In a statement to 7News, Broadway Sydney said: “Our thoughts are with the child and his family, and the health and safety of all of our customers and staff remain our highest priority.

Child safety experts say they’ve never seen an incident like this before.

“It’s shocking and it’s something you would not predict and how could the family predicted it’s truly an unintentional accident,” one expert said.