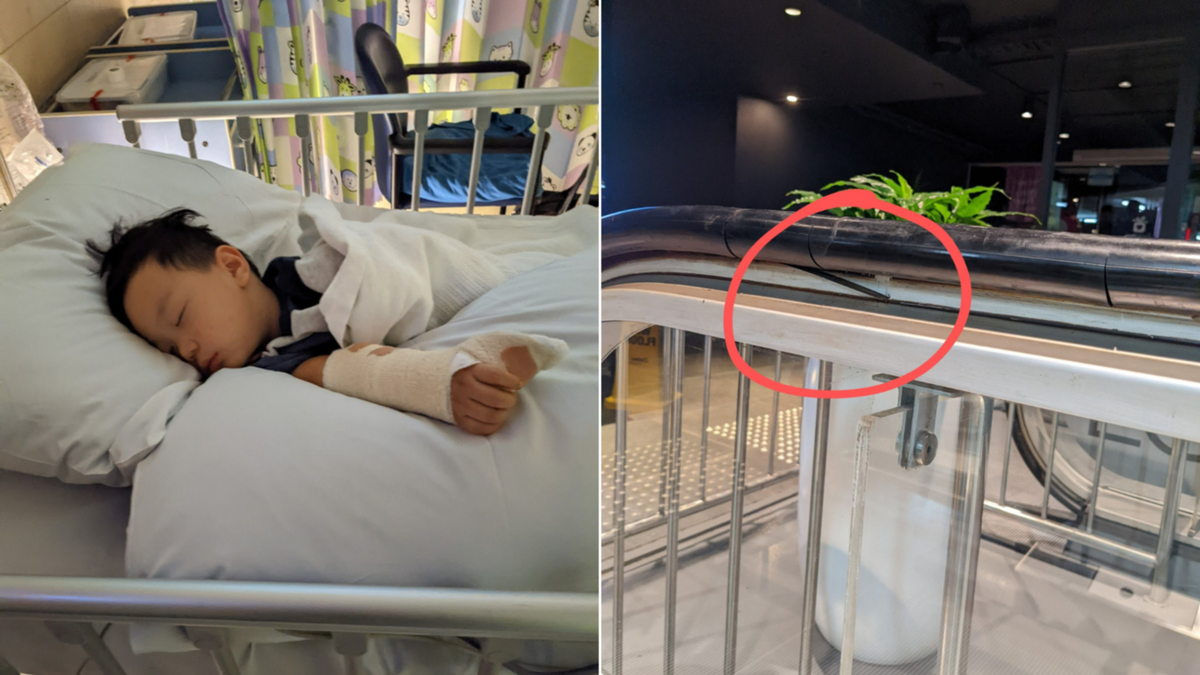 A Sydney mother has shared her horror ordeal after a trip to her local shopping center ended in an emergency department.

Anora Fairchild and her young son Lewis were heading up the escalator at Broadway shopping center on Saturday.

Watch more on this story in the video above

As Lewis held onto the rail, a sharp metal piece protruding out suddenly sliced ​​the young boy’s thumb off, Anora says.

“Lewis was crying and he held his hand out and it was bloody,” she told 7NEWS.

“It yanked out his tendons, went through the bone – it was hacked, it was not a clean job.”

Anora says Lewis was raced to Sydney Children’s Hospital where doctors operated on him for hours.

However, they were unable to save his thumb due to the damage caused by the escalator.

Anora is now warning other parents and urging shopping centers to inspect their escalator safety belts.

“My family has suffered an unspeakable amount of heartache. Lewis will likely live the rest of his life without using his right thumb,” she said.

”We couldn’t have ever imagined a quick trip to our local shopping center would be our worst nightmare that we can’t wake up from.”

Lewis is now recovering at home but will need intensive physiotherapy.

He’s also facing the possibility of another surgery.

In a statement to 7NEWS, Broadway Sydney said: “Our thoughts are with the child and his family, and the health and safety of all of our customers and staff remain our highest priority.