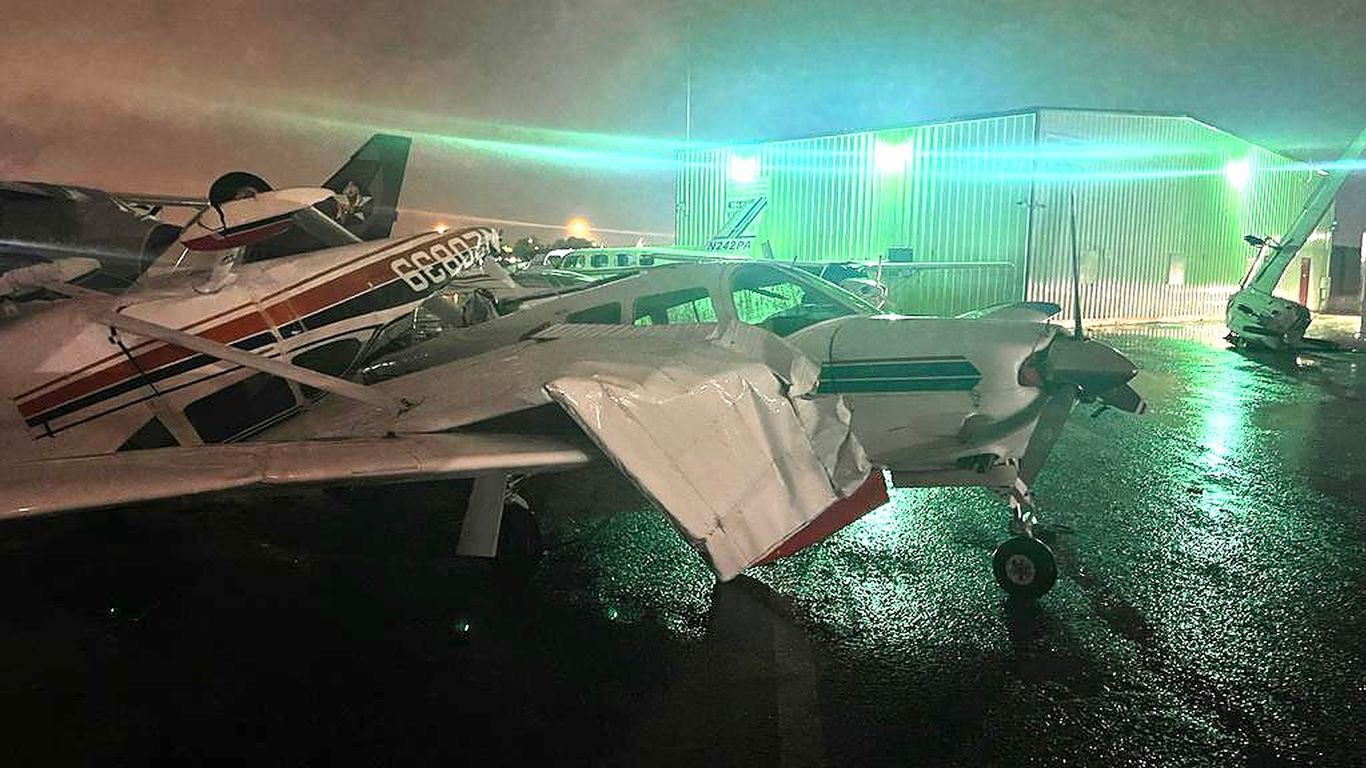 Several tornadoes were reported to have struck Florida after Hurricane Ian rapidly intensified on Tuesday night.

The big picture: Ian’s outer bands spawned tornadoes along the east coast of Florida as it reached Category 3 intensity Tuesday ahead of an expected ramp-up to a Category 4 on Wednesday. The become threat to southeast Florida counties continued overnight as the major hurricane moved closer.

Details: There were reports of a tornado damaging buildings and vehicles in Palm Beach County’s Kings Point community late Tuesday.

What they’re saying: One of the tornadoes passed over North Perry Airport, causing significant damage to several aircrafts and hangars, according to Broward County Mayor Michael Udine.

Editor’s note: This article has been updated with reports of a tornado in Palm Beach County and the continued become a threat overnight.