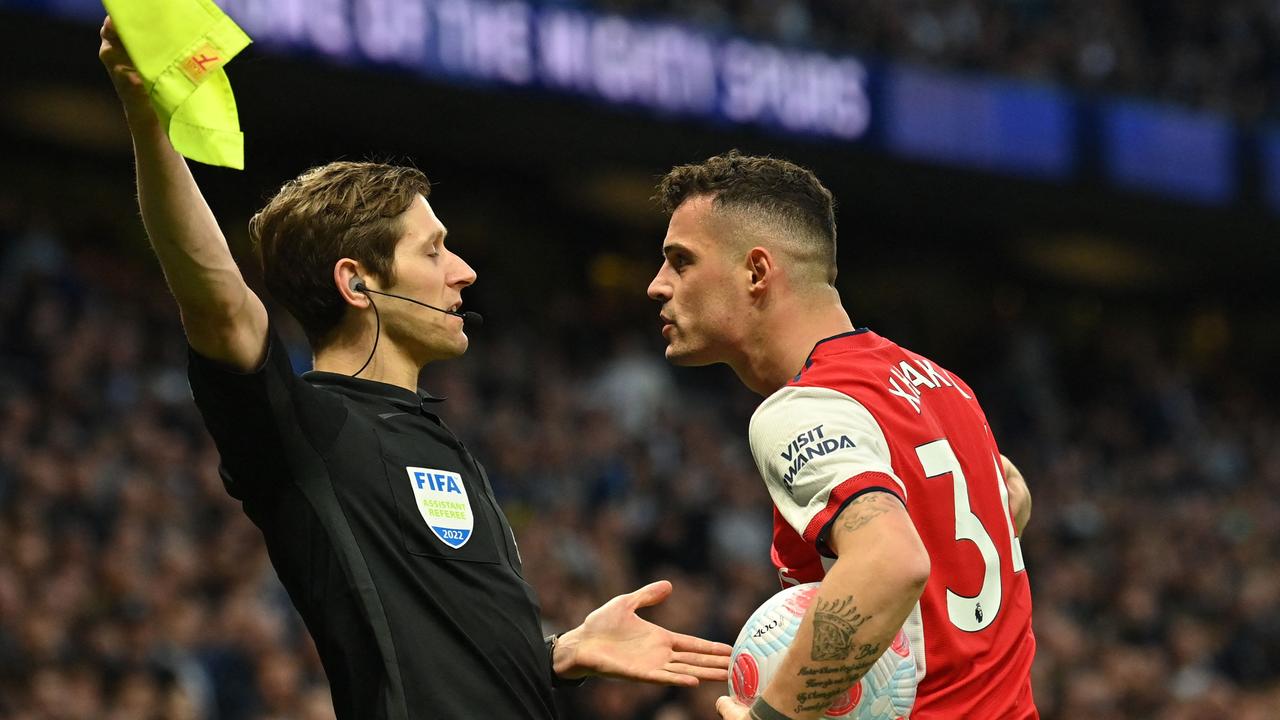 Tottenham obliterated Arsenal this morning as the race for fourth spot on the ladder and a Champions League place gets even spicier.

Antonio Conte’s side would have been eliminated from the race to qualify for next season’s Champions League if they had lost to their bitter rivals.

But Kane tormented Arsenal once again as the Tottenham striker opened the scoring with a controversial penalty.

Crucially, Arsenal’s Rob Holding was sent off for two bookings in seven minutes. Kane netted again before the interval and Son Heung-min bagged Tottenham’s third goal in the second half.

Instead of sealing a return to the Champions League for the first team since the 2016-17 season, fourth-placed Arsenal now against nerve-jangling conclusion to the top-four battle.

Arsenal still hold a slender advantage, but the end of their four-match winning run leaves them just one point ahead of fifth-placed Tottenham, with both sides having two games left.

Count said several weeks ago that it would be a “miracle” if Tottenham reached the Champions League given their lowly position when he replaced the sacked Nuno Espirito Santo in November.

But their victory in arguably the biggest north London derby since Arsenal won the league at White Hart Lane in 2004 ensured that miracle could still come true.

Conte believing finishing in the top four is “like winning a title in another country, a big achievement” given the depth of talent and wealth at the top of the Premier League.

To decide who takes the lucrative prize, Tottenham host struggling Burnley on Sunday then travel to relegated Norwich, while Mikel Arteta’s men visit Newcastle on Monday and entertain Everton.

Arteta’s bewildered expression throughout Arsenal’s capitulation suggested it is far from certain he will be able to lift his players to finish the job.

Third-placed Chelsea, five points above Tottenham, will likely need to draw from their last two games to be sure of their top-four place given their vastly superior goal difference.

As well as the huge European stakes for both sides, Tottenham also felt lingering resentment about Arsenal’s successful appeal to have this fixture postponed in January due to Covid and injury problems.

The acrimony did not take long to boil over in the deafening atmosphere at the Tottenham Hotspur Stadium, with tackling flying in and Conte booked for protesting vigorously after Ben Davies’s foul on Bukayo Saka.

Amid the maelstrom, it was Tottenham who landed the first blow after 22 minutes. Cedric Soares collided with Son as they contested Dejan Kulusevski’s cross in the six-yard box and the contact was enough to convince Paul Tierney to award a penalty.

Arsenal surrounded Tierney to complain angrily, but Kane stepped up to send Aaron Ramsdale the wrong way with a nerveless spot-kick.

The wall of sound from four sides of the stadium underlined the significance of Tottenham seizing the initiative.

Arsenal were shell-shocked and the game shifted decisively in Tottenham’s favor in the 33rd minute.

Eric Dier’s long pass targeted Son and Holding crudely blocked his path with his shoulder, a needless offense that prompted Tierney to send off the defender for his second booking.

Rodrigo Bentancur flicked on a corner and Kane stooped to head home from virtually on the line as Conte with a jig of delight.

Kane, the top scorer in north London derby history in all competitions, now has 13 goals in 17 meetings with Arsenal, who must rue the day they rejected him as an eight-year-old.

The night got even better for Conte in the 47th minute as Kane rolled Gabriel and the ball broke for Son to clip a deft finish into the corner.

Ramsdale made fine saves from Emerson Royal and Kane to stop Arsenal being completely humiliated, but the damage had already been done.