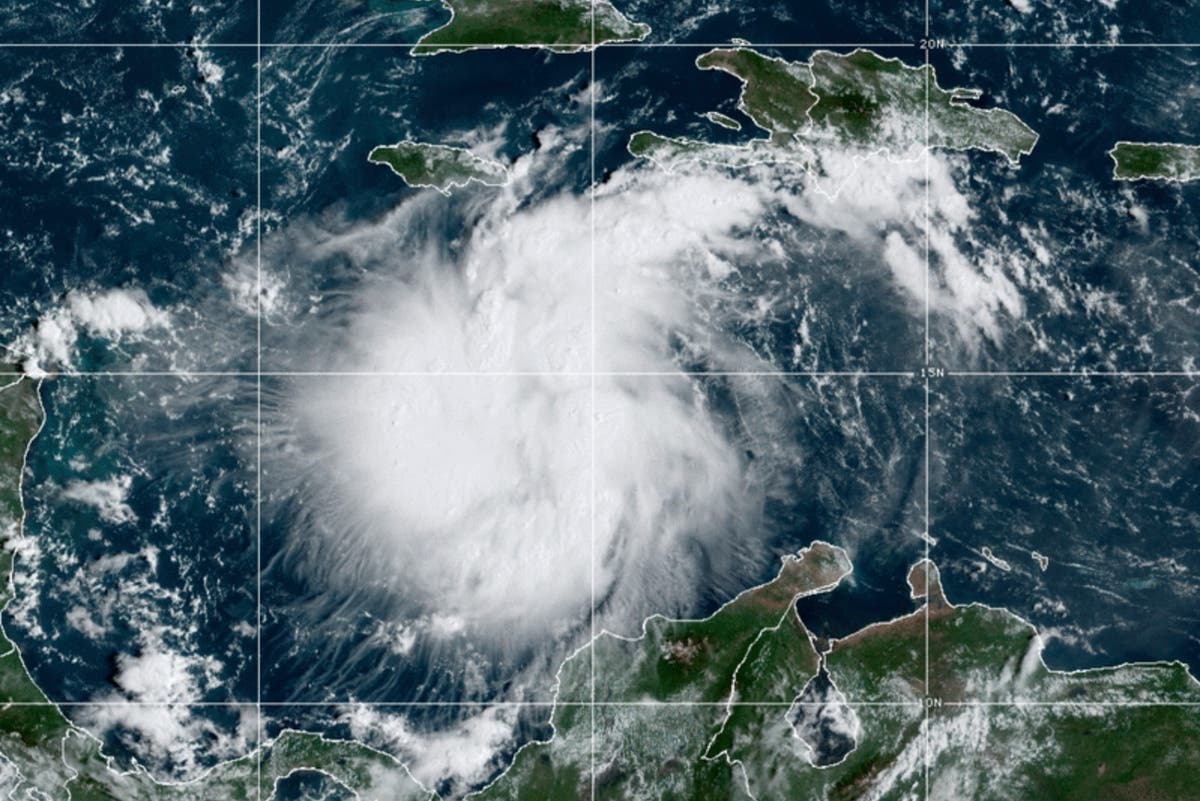 Floridians have been warned to “be ready” for a potential hurricane this week, as Tropical Storm Ian continues to strengthen while charting a path towards the Sunshine State.

The National Hurricane Center forecasts that by mid-week, Ian will have reached Florida as a major hurricane.

The Florida governor said that he “appreciates the quick action” from President Joe Biden who granted the state’s request to issue a federal emergency declaration. “We appreciate it, we’re thankful,” he said at Sunday morning’s press conference.

Meanwhile, the authorities in Cuba have suspended classes in Pinar del Rio province and said they will begin evacuations today. Tropical Storm Ian is forecast to strengthen into a hurricane before reaching the western part of the island on its way to Florida.

As Florida prepares for the incoming weather event, Canada is starting to assess the damage and begin recovery efforts after being hammered by post-tropical cyclone Fiona on Saturday. It has also mobilized its army for rescue and assessment of the damage.

The authorities in Cuba have suspended classes in Pinar del Rio province and said they will begin evacuations Monday, the Associated Press reports.

Tropical Storm Ian is forecast to strengthen into a hurricane before reaching the western part of the island on its way to Florida.

On Sunday night, Ian was moving northwest at 13 mph, about 140 miles south of Grand Cayman in Cuba, according to the National Hurricane Center.

Cuba evacuated tourists on Sunday from the Isla de la Juventud, off the island’s southwestern coast, as well as workers from nearby Cayo Largo, one of the country’s top tourist destinations, according to local media.

According to the National Hurricane Center, Ian had begun to “strengthen over the warm waters of the Caribbean Sea late on Sunday, as it moved slowly northwestward towards Cuba, with sustained winds of 60 miles per hour.”

On Sunday, as the world watches tropical storm Ian’s path towards Florida, Nasa said that it hasn’t decided whether to leave its Artemis I rocket on the launchpad.

The decision shall be taken after discussions among senior officials that are scheduled to take on Monday, it said.

Artemis I was scheduled to launch on 27 September. And because of the weather, NASA postponed its launch.

It was reported that engineers will decide if the rocket needs to roll back off the launch pad and if they do not roll it back, the next possible launch date will be 2 October.

Jamie Rhone, acting director of the hurricane center in Florida, warned residents in the southeast to brace for heavy rains and gusty squalls.

“You can’t be too fixated on this cone and it moving around a little bit,” he said. “The track has now shifted just enough that you’re out of the damaging wind potential, but I still need you to prepare for heavy rains and some of the gusty squalls.”

The hurricane center predicts the system could begin to weaken before it makes landfall, possibly as a Category 1 along the Big Bend on Friday, but heavy rain and winds could be felt throughout the state next week, according to Miami Herald.

The visit came as the mayor called on New Yorkers to donate to organizations focused on helping with the relief effort in Puerto Rico.

While Florida is bracing for a potential hurricane in the coming days, the US territory was hammered by Hurricane Fiona at the beginning of the week. Six days on, half of the population are still without power.

On Sunday, Florida governor Ron DeSantis asked residents to monitor what could be shifting forecasts in the coming days.

“The path is uncertain,” Gov DeSantis warned during a media conference in Tallahassee. “Don’t get too wedded to the cone.”

When he was asked about potential evacuation orders, he said no decisions had been made yet and will depend on the track of the storm.

And ultimately, he said, it will be up to residents to follow through on orders from emergency managers in coastal counties. “If there’s an evacuation notice — cops aren’t going to come and drag you out of your house, you’re going to make those decisions,” he said.

“But, when that is issued, that’s a view that there’s a hazard by remaining in that area. So, we just want everybody to know that and hopefully be able to make the best decisions for themselves and their families.”

Canada mobilises troops to help with the devastation caused by Fiona

Canada is sending its troops to assist in the recovery from the devastation that storm Fiona caused.

The prime minister, Justin Trudeau, said in a briefing that Fiona was “a very powerful and dangerous storm” and had promised to deploy the army to help with the search and rescue efforts.

He added: “If there is anything the federal government can do to help, we will be there.” Mr Trudeau also canceled his visit to Japan where he was scheduled to attend Shinzo Abe’s funeral.

Restrictions on pharmacies and trucking lifted in Florida

Restrictions on pharmacies and trucking have been lifted in the state of Florida to help residents prepare adequately for Tropical Storm Ian.

Governor Ron DeSantis announced on Sunday that he had ordered the state’s Department of Transportation to waive weight restrictions for commercial trucks so that they can get essential items to places ahead of the incoming storm.

Floridians will also be able to get emergency prescription refills so that they have the medication they need if they need to shelter in place.

“In preparation for Tropical Storm #Ian, I directed @MyFDOT to waive weight restrictions for commercial trucks to ensure ample fuel and resources are coming into FL,” he tweeted.

ICYMI: Ron DeSantis extends state of emergency to all of Florida

Florida Governor Ron DeSantis extended the state of emergency to the entire state on Saturday.

Mr DeSantis had issued an emergency declaration for 24 counties on Friday but announced on Saturday that he was widening it and mobilizing the state’s National Guard.

The governor urged residents to prepare for Storm Ian, which is forecast to pummel the state with heavy rains and high winds by mid-week.

“We encourage all Floridians to make their preparations,” he said in a statement.

President Joe Biden has declared a state of emergency in Florida as Tropical Storm Ian is on track to strengthen into a major hurricane over the coming few days.

The emergency declaration authorizes the Department of Homeland Security (DHS) and Federal Emergency Management Agency (FEMA) to coordinate disaster relief efforts and provide assistance if or when Ian makes landfall on the Sunshine State.

Mr Biden has also postponed a trip to southern Florida which was scheduled for Tuesday in anticipation of the extreme weather event.

The president had been expected to give a speech about Medicare and Social Security in Fort Lauderdale before heading to Orlando to speak at a Democratic National Committee rally for Florida Democratic candidates.