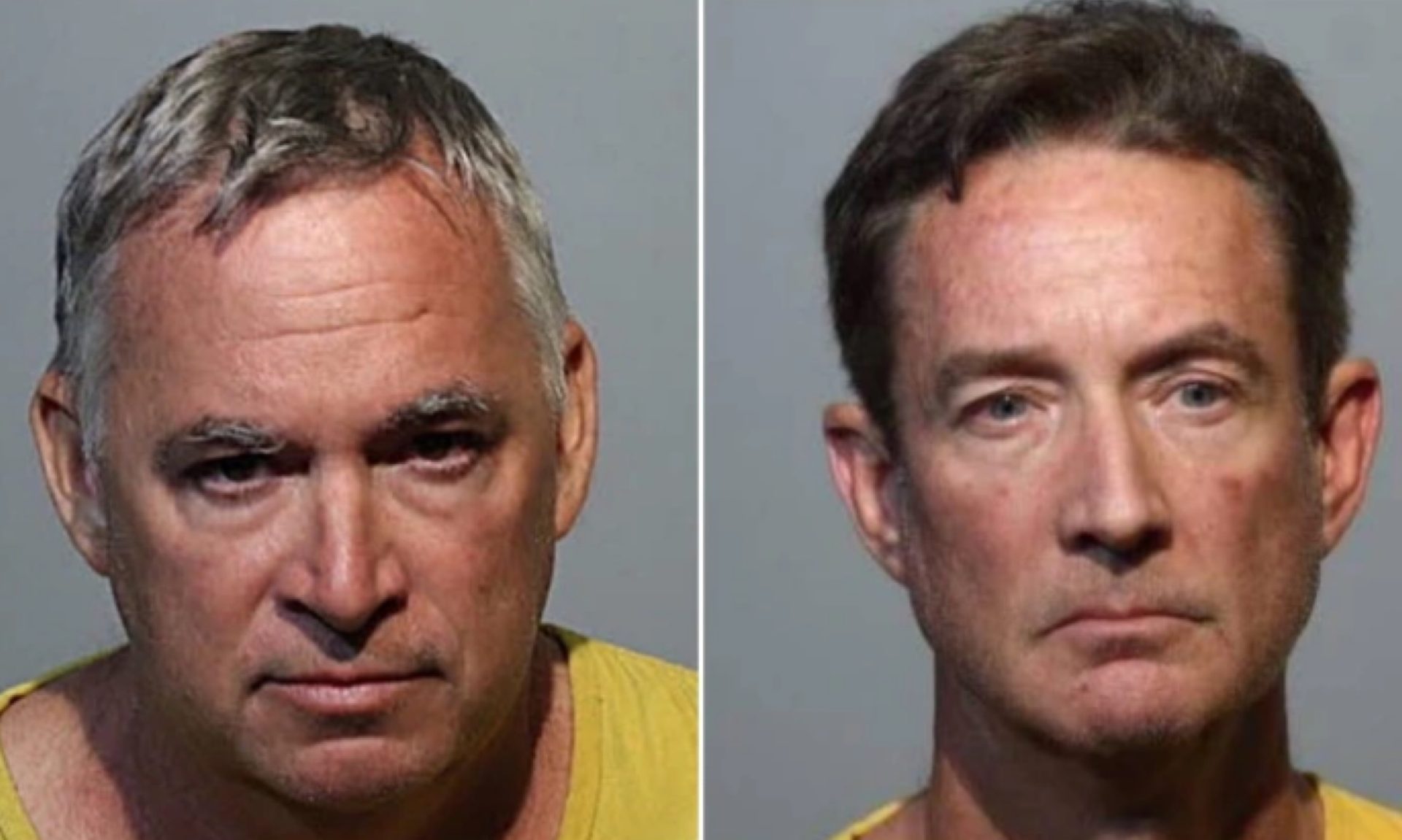 This week, Donald Corsi and Howard Hughes made headlines after video captured them harassing a Black teenager. Both men not only harassed the 16-year-old but defaced his car as he drove through their Florida neighborhood. The alleged incident went viral after the teen’s father shared a partial recording of the interaction on Facebook. According to NBC News, the confrontation occurred on June 14 before 6 pm in a Sanford, Florida neighborhood.

Seminole County Sheriff’s Office arrested Donald, 52, and Howard, 61, on the same day of the attack. However, authorities later released both men on bond. According to the arrest report, the teen Jermaine Jones was driving a 15-year-old friend when the attack began in the Lake Forest neighborhood. The men “aggressively reported” says Jermaine’s vehicle with “verbal threats.”

But things went beyond verbal. Per Jermaine, one of the men used a large traffic cone to strike and dent the car door. Meanwhile, the other “threw a large stone with sharp edges into the back seat.” Both Jermaine and his friend were still in the car at that time. The unidentified 15-year-old also told police one of the men hit him with the traffic cone.

Jermaine and his friend were in the neighborhood to visit another friend when the men allegedly cut his road access off and attacked. However, the now-viral video shows the incident after Jermaine and his friend him exited the car. Jermaine filmed the damage as the two men circled him with accusations of “burning out, racing through” [their] f******g neighborhood.” An off-camera woman added to the debacle, yelling “get out of this neighborhood” as she filmed a video.

“I was racially profiled while driving through my friend’s neighborhood. They didn’t like the way I was driving, so they felt the need to hit my car with a cone, and throw a rock through my window,” Jermaine shared in the video’s caption on Instagram. “All I wanted to do was de-escalate until police came, because I wasn’t about to get charges pressed on me for no reason.”

The viral video shows the extent of the damage, including the rock sitting among shattered glass in Jermaine’s back seat and the dent in the car’s surface below the broken window. Donald and Howard now face felony charges for damage to property and criminal mischief resulting in more than $1000 in damages. In addition, Howard faces a misdemeanor battery charge, and Donald faces a weapons charge, per NBC.

Jermaine’s father, Columbus ‘CJ’ Jones, took to Facebook to thank the public for their support and demand an increase in the charges.

“My son reflected me very well and held his composure while he was videoing, and I could hear him trying to defuse the struggle even while he was talking to the 911 dispatcher. Once again thanks for your support and keep the prayers coming,” CJ wrote. “May God bless and protect us all including the kids, the neighborhood, and those men. But the charges need to be upgraded to the correct charges because if it was the other way around then I would still be sitting in jail without bond [unlike] them.”

in an NBC interview, Jermaine’s mother, Niko Jones, reflected on similar incidents that have ended in the killings of Black people, such as Ahmaud Arbery and Trayvon Martin. Sanford is the same city where Trayvon was shot and killed by neighborhood watch volunteer George Zimmerman in 2012.

“We as Black mothers have to have these conversations,” Niko said about Black families preparing their kids for discrimination. “We are in fear.”