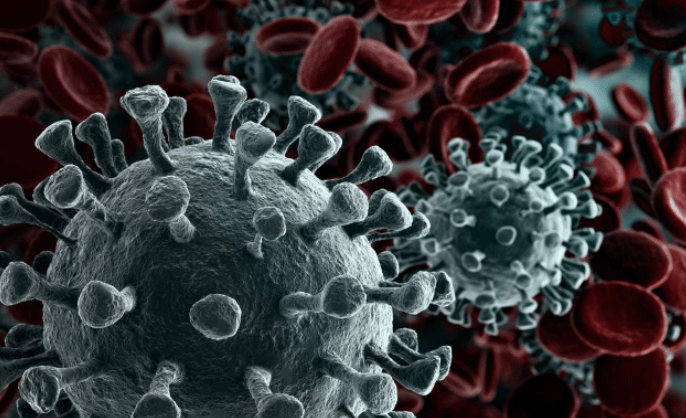 What Are The Black Fungus, White Fungus, Yellow Fungus, And Green Fungus Infections

As we all know, we are going through a severe crisis during this time due to a global pandemic. The spread of the Covid-19 virus has been deadly for us, and it is better to take precautions. But there is not only the problem of viruses here as few fungal infections are also on the move. These fungal infections are somewhat relative to the Covid-19 virus as some fungi attack Covid-19 patients and might be deadly.

Fungal infections are pretty common among human beings and are usually not that big of a threat to health. However, some fungi might be deadly and cause serious health problems, especially in this situation, where there is already a deadly virus in the spread. Moreover, some of these fungi tend to attack those who are a victim to the coronavirus.

What is a Fungal Infection?

A fungal infection, also known as mycosis, refers to being attacked or infected by a particular fungus. Usually, it is typical among humans and is relatively easily curable, but certain fungi are more deadly and harmful to health. Anyone with weakened immunity is more likely to be infected by fungi which are a vital factor.

Some rare fungal infections spread in a minor amount, including black fungus, white fungus, yellow fungus, etc. However, these are some deadly fungi spreading during this time, and it is better to know about them. Being wary about such fungal infections is highly beneficial and necessary to prevent and fight diseases like these.

The Different Types of Fungal Infections

Black fungus infection, also known as mucormycosis, is a severe fungal infection. It is a fungus that occurs naturally in the environment. People who have serious health issues and are on medication have more chances of getting affected by it. This is because the person has low immunity strength and is easily affected by the fungus.

This fungus can enter a person’s lungs through the air if the person breathes in air containing the fungus spores. People suffering from the corona virus or who have just recovered from it have a high chance of getting this fungal infection. Although, if someone’s immune system is robust, they can resist and fight this fungal infection.

The white fungus infection can infect someone leaving them with serious health problems. These health issues of this fungal infection are somewhat similar to the covid-19 virus, making it a bit hard to distinguish between the two. This fungal infection affects the lungs and other organs such as kidneys, skin, nails, stomach, genitals, and more.

This fungal infection turns the tongue white and spreads through the lungs, the food pipe, and even the brain. This fungus can be the cause of the person coming in contact with the surface containing the infectious molds of this fungus. That is why one should prioritize sanitation to avoid such infections.

Yellow fungus infection, also called mucor septic, generally occurs in lizards rather than humans. But recently, humans are also being affected by this fungal infection. Experts suggest that this fungal infection is perhaps more dangerous than a black fungus or White fungus. During this pandemic, many are already suffering from the coronavirus, which needs serious care and treatment.

These treatments and medications, such as steroids and other medicines, renders the body weak. This state results in the decline of the immune system because of the treatment and the coronavirus itself. This state of the immune system is of serious concern as the yellow fungus infection can quickly attack an already weakened victim of coronavirus.

The green fungus infection or aspergillosis Infection is one of the rarest recorded cases. Compared to the black fungus, white fungus, and yellow fungus, it is a relatively rare fungal infection, and not much is known about it. This fungal infection tends to affect the victim’s lungs, sinuses, and even blood.

The Sources of these Fungal Infections

The different fungal infections have their different characteristics and places where they originate or where they start. But mainly, these fungi attack those with low immunity and are already victims of the coronavirus or just had victims recovered from it.

The flawed immunity system of those people makes them an easy target for these fungal infections and can be of serious threat. These fungi are usually present in the environment and can affect people by entering their bodies if they contact such fungal spores.

Causes of various Fungal infections and their symptoms

These are the times when there is a severe crisis going on due to a global pandemic. The covid-19 virus is on the spread and has become a severe issue. On top of that, there are cases of fungal infections that are spreading. It is better to be aware of such dangerous fungi and have information about those to take proper steps before it’s too late.

The black fungus infection is caused by inhaling air containing the fungal spores, thus transferring those to the lungs. But it can also enter your body through cuts, burns, bruises and cause skin problems and other health issues. Although, the spores of this fungus can be found in food and soil as well. Thus, they can enter the body through the mouth, nose, and eyes as well.

Coming in contact with the white fungus can infect and cause problems in several organs of your body. This fungus can affect the lungs, nails, stomach, kidney, brain, and more. This fungal infection also causes issues with your genitals and your tongue, forming white patches on your tongue, inner cheeks, and throat and inside your mouth.

A person infected with this may experience loss of taste, redness, soreness, and pain while eating, chewing, or swallowing. People with poor immune systems such as covid patients, cancer patients or people with diabetes, or those with steroids, have a higher chance of getting infected by this fungus.

The yellow fungus can cause a person to reduce weight and experience a loss of appetite. In addition, this fungal infection can show severe symptoms like sunken eyes, reduce the healing process of wounds, necrosis, and even organ failure. If detected on time, one can have the treatment and get better, but it is better not to delay as being late can cause severe health issues.

About the green fungal infection, not much is known about it, but still, there are symptoms that one can detect. This fungal infection can cause weakness and laziness, reduce weight, and cause high fever and severe nose bleeding. Therefore, people should not avoid symptoms like this and should give proper medical attention as soon as possible. Also, you can go with the surgery.

Taking safety measures and precautions from these fungal infections

We know some deadly fungal infections are spreading, and we should be prepared for them. We should take precautions and measures to avoid or fight such diseases, as we discussed. This fungal infection generally infects people with reduced immunity strength due to other diseases such as diabetes, cancer, coronavirus, or intake of steroids.

So the fundamental way of taking measures is by staying healthy. A healthy immune system has a chance of resisting or fighting such infections.

These are not related to the covid-19 virus, but they attack patients of corona because of their low immunity. So the best way of fighting these fungal infections is to stay healthy. Although, there are some medications such as amphotericin-B that help in the treatment of such rare fungal infections. However, there are only proper vaccines for these infections yet. The best way is to maintain a healthy life, boost the immune system and stay safe.

Disclaimer: The statements, opinions, and data contained in these publications are solely those of the individual authors and contributors and not of Credihealth and the editor(s).

Call +91 8010-994-994 and talk to Credihealth Medical Experts for FREE. Get assistance in choosing the right specialist doctor and clinic, compare treatment costs from various centers, and timely medical updates