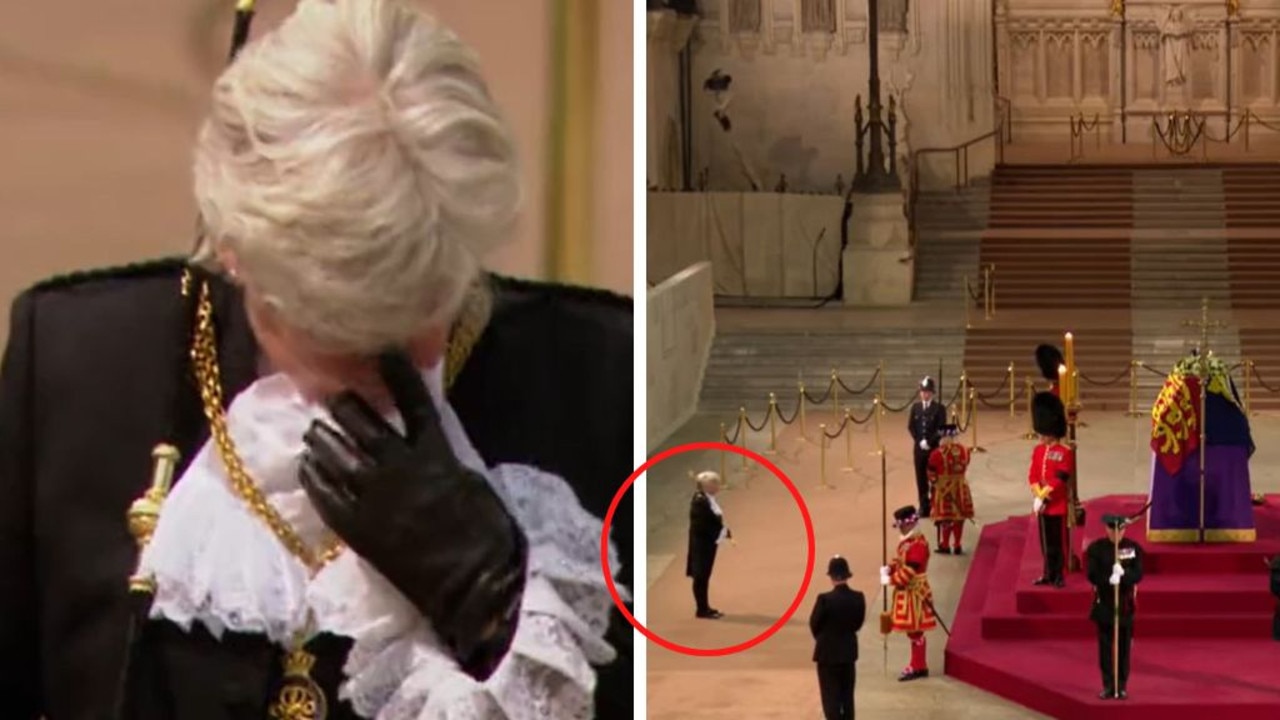 The United Kingdom’s first female Black Rod was the last person to leave the Queen’s lying-in-state, as the world prepares to farewell the long-reigning monarch.

Once the final mourners paid their respects, members of parliamentary staff were the final people to see the Queen during her lying-in-state.

Last to leave the hall was the Lady Usher of the Black Rod, Sarah Clarke, who was seen wiping away a loom as she bowed her head to Queen Elizabeth II.

Ms Clarke is the first woman to hold the role of Black Rod in its 650-year history, and received the 1 meter rod from the Queen in February 2018. Her ceremonial duties saw her responsible for maintaining ceremonial order within the House of Lords, and acts as the monarch’s representative in the House of Commons.

“I am both deeply honored and delighted to be invited to take up the role of Black Rod,” said Ms Clarke at the time of appointment, as reported by the BBC.

“[The House of Lords is] a place where the smallest detail is as important as the big picture and the depth of heritage and tradition is second to none.”

The last public mourner who farewelled Queen Elizabeth during her lying-in-state was Royal Air Force servicewoman, Christina Heerey. Ms Heerey was one of 400,000 people who attended the Queen’s lying-in-state. Joining the queue initially at 5pm on Sunday evening, Ms Heerey was able to see the Queen’s coffin at around 1.15am on Monday night. She then felt compelled to bid the monarch farewell a second time, and did so at around 6.30am on Monday morning.

“Obviously, I swore my allegiance to her and I just feel very proud being in the Air Force and being one of her subjects for her.”

The Queen’s state funeral will begin at 8pm AEST at Westminster Abbey, with the Dean of Westminster leading a one-hour service in front of 2000 guests.

Once the event concludes, the Queen’s coffin will be taken in procession to Wellington Arch, before a committal service which will begin at Windsor Castle’s St George’s Chapel at 1am Tuesday AEST. Finally, the private burial service will begin at 4.30am AEST, where the Queen will be laid to rest next to her late husband, Prince Philip.