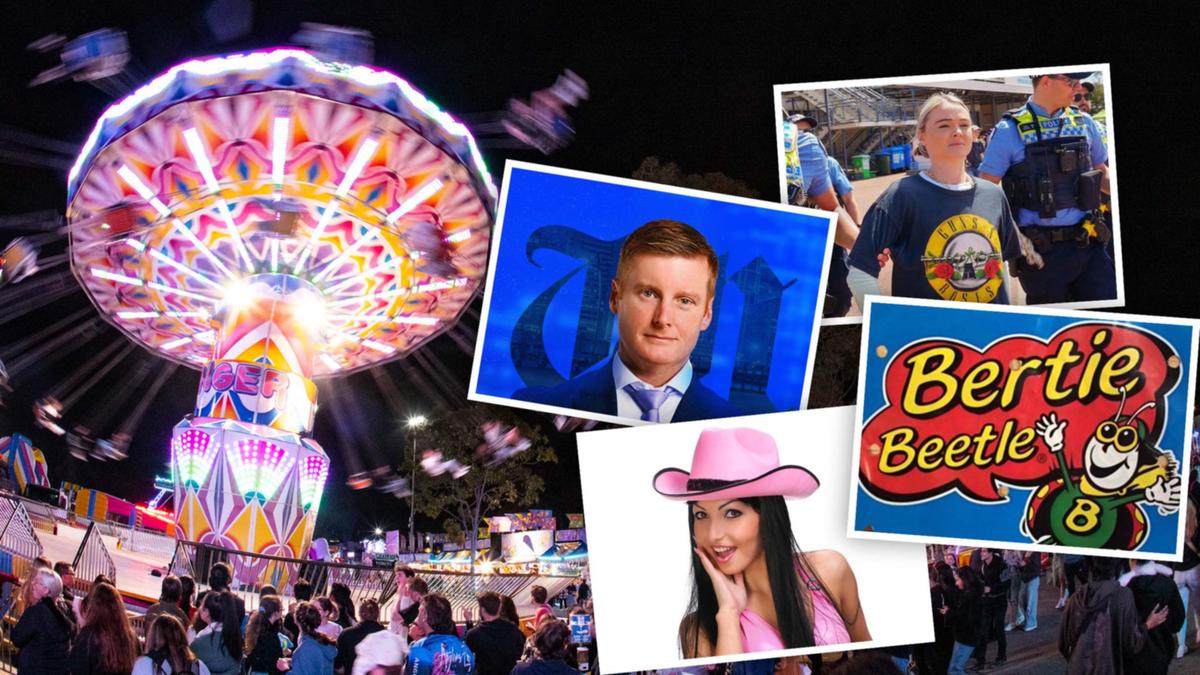 He’s clearly not a fan of the annual event that sees every Tom, Dick and Harry make the pilgrimage to Claremont.

“It’s just so bogan down there,” he says.

Between the neck tats and pink cowboy hats that make every girl “look like a stripper’s apprentice”.

But Harvey takes out the bulk of his frustration on a show stalwart — Bertie Beatle.

“When the fuck did a Bertie Beetle bag cost $8,” Harvey says.

“It barely meets the definition of chocolate.”

As for some of the other delicacies, Harvey suggests you make a beeline for the loo if you’re judgment is impaired enough to consume one of these.

The Dagwood Dog — the so-called popular Australian festival staple — also comes in at $8 for “the bits of an animal no one wanted, molded into the shape of a dick and put on a stick”.

After you’ve spent all your hard earnt cash on the food, chances are punters are looking for something cheap to entertain them.

The notorious vegan activist was taken away by the police after causing havoc at the cattle judging.

Which brings Harvey to the security.

The State Government is about to announce the new laws “that will allow violent thugs, not to be violent thugs”.

However, there are a few kinks to iron out.

Violent thugs will be slapped with a five-year ban from some of WA’s most popular entertainment hubs under new laws which could be enforced before the end of the year.

The West Australian reports the State Government is about to announce the new laws which would see “exclusion orders” given to those engaging in antisocial behavior that would see them banned from the huge area of ​​Perth, including the CBD, Northbridge, Scarborough Hillarys, Fremantle and Mandurah.