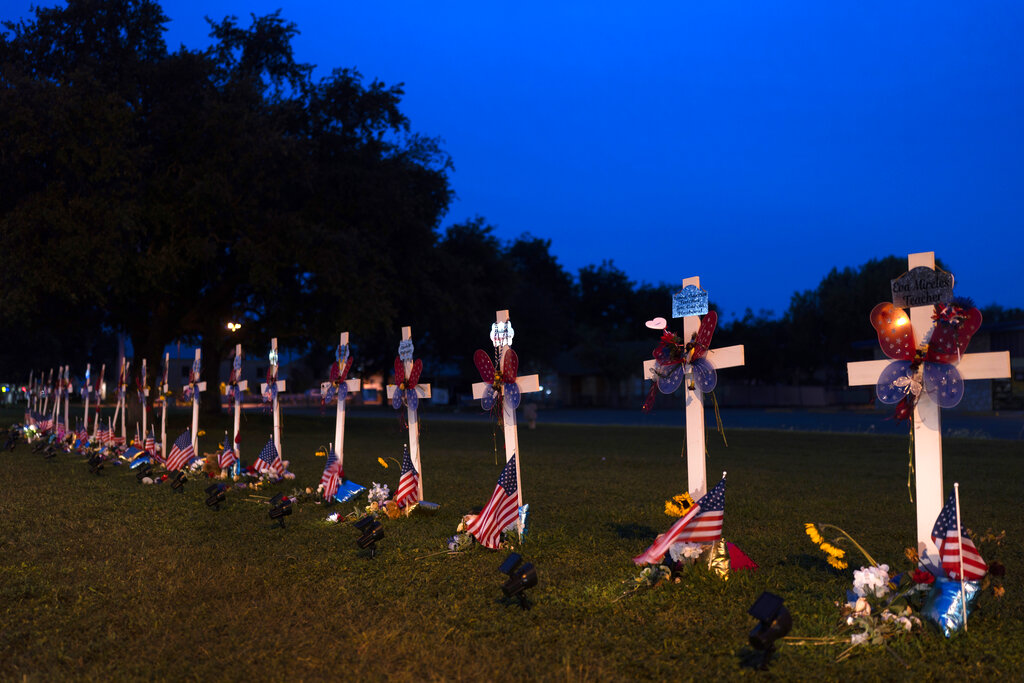 A Uvalde police officer arrived at Robb Elementary School before the mass shooting with a rifle and had a chance to shoot the alleged gunman, Salvador Ramos, according to a report form The New York Times.

The officer, who was armed with an AR-15 rifle, had a brief to shoot Ramos as he would hit the school, but declined to so for fear that he other children playing around the building, a senior sheriff’s deputy who spoke to the paper, said.

Eventually, the gunman would enter the school and open fire, killing 19 children and two adults before being killed by law enforcement.

The latest revelation from the Times shows yet another decision in the police response to the shooting that could have affected the events that day.

Police have been criticized for their response to the Uvalde shooting after taking over an hour to engage the shooter.

Uvalde officers arrived at the scene of Robb Elementary quickly, but waited outside the adjoined classroom where Ramos had locked himself in with students who were still alive.

Following the shooting, Director of the Texas Department of Public Safety, Steven McCraw, said that the officer in command on the scene believed that the situation had shifted from an active shooter situation to a barricade situation and children were no longer in danger.

The response of law enforcement to the shooting is currently under multiple investigations, including by the Department of Justice, Texas Rangers and a special committee of the Texas Legislature.

Police were first criticized when surfaced videos of parents leading with officers to confront shooter inside the school, as well as some being forcibly stopped by officers as they attempted to rush into the school to save their children.

Ramos was allegedly in possession of two AR-15s, one of which he had acquired on his 18th birthday.

A group of bipartisan lawmakers in the US Senate has been in negotiations to strike a deal on legislation that would seek to curb gun violence following the shooting in Uvalde, and another mass shooting in Buffalo, NY