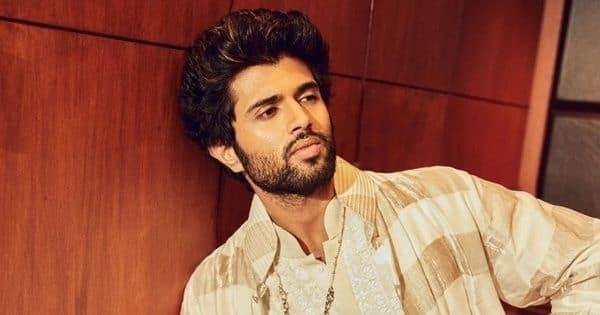 Arjun Reddy star Vijay Deverakonda became the latest celebrity to be targeted by netizens who have now called for the boycott of his much-awaited film Liger, also starring Ananya Panday. The movie marks Vijay’s Bollywood debut and it has been produced under Karan Johar’s banner Dharma Productions. Responding to boycott calls against his film, Vijay said that he trusts God and has the blessings of his mother. Also Read – Trending South News Today: Liger star Vijay Deverakonda reveals his crush, Amit Shah-Jr NTR’s pictures viral, Pushpa 2 launched with puja and more

“I have struggled a lot to reach here. I fought for money and respect. I also fought to get work. Before the release of my first film, I didn’t have much money and I even worked free of cost. Many people opposed me at the time of the release of my film Arjun Reddy. But it became successful. I faced all and now I am not scared. Now, I make movies for the people. Some drama is much needed and I am ready to fight,” Vijay said during a promotional event for Liger. Also Read – Liger: Vijay Deverakonda reveals his all-time crush and it’s NEITHER Sara Ali Khan NOR Ananya Panday

Recalling his early days in the industry, Vijay said, “Many people opposed me at the time of the release of my film Arjun Reddy. But it became successful. I faced all and now I am not scared. Now, I make movies for the people. Some drama is much needed and I am ready to fight.” Also Read – Vijay Deverakonda reveals how he approached Karan Johar to make Liger India’s first pan-world film [Exclusive Video]

Vijay also made a plea for all to work together for the success of the entertainment industry. “There are a number of people involved when a movie is released. So, if it fails at the box office, they all suffer. We must work together for each other’s success,” he said.

The ‘Boycott Liger’ trend began after Vijay supported Aamir Khan and his recently affected film Laal Singh Chaddha. In response, the actor asked the trollers shouldn’t they work and release their films and just sit home doing nothing. He added that he is doing movies for the audience who have showered love on them and he needs that audience. He said that there is no need for any fear until we have these people for us.