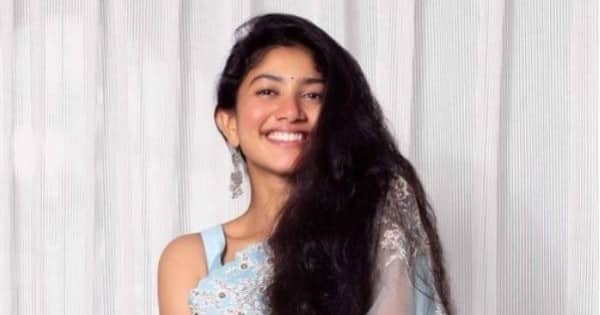 Parvam Virata star out Pallavi has been in the news for one of her statements that she gave in a recent interview. The actress was speaking about how all kinds of violence is wrong, and she compared Kashmiri Pandits’ genocide to the lynching mob of a man who was attacked when he was driving a vehicle carrying cows. The actress was attacked on social media a lot for her statement and recently, she shared a video on Instagram in which she gave a clarification. Also Read – Janhvi Kapoor dons strapless bodysuit top with ripped jeans; after getting trolled for plunging neckline dress, netizens praise this look [View Pics]

She captioned the video as, “Here is my clarification! I wish you all happiness, peace and love!” In the starting of the video, Sai says that this will be the first time when she will be thinking twice before speaking her heart because she is anxious that her words by her might be interpreted. Also Read – Hrithik Roshan is a fan of girlfriend Saba Azad’s singing; he praises her her new song, says, ‘This is…’

The Shyam Singha Roy actress further explained her statement and what she exactly meant. She even revealed that after watching The Kashmir Files, she spoke to the director (Vivek Agnihotri) of the film and told him that she was disturbed after watching the plight of people. Also Read – Trending South News Today: Keerthy Suresh goes back to first love, Katappa’s sizzling-hot daughter and more

She further said, “I believe that violence in any form and violence in the name of any religion is a huge sin. This is all that I intended to say. But, it was disturbing to see that many people online justified the mob-lynching incident. I don’t think any of us have the right to take another’s person life.” The actress gave an example of her school days and stated that as children they would never differentiate each other based on culture, caste, or religion.

Sai Pallavi also thanked everyone who stood by her in the last few days.

On the work front, Sai is currently busy garnering praise for a fantastic performance in Virata Parvam. The film has received mixed to positive reviews, but Sai’s performance is being appreciated by one and all.