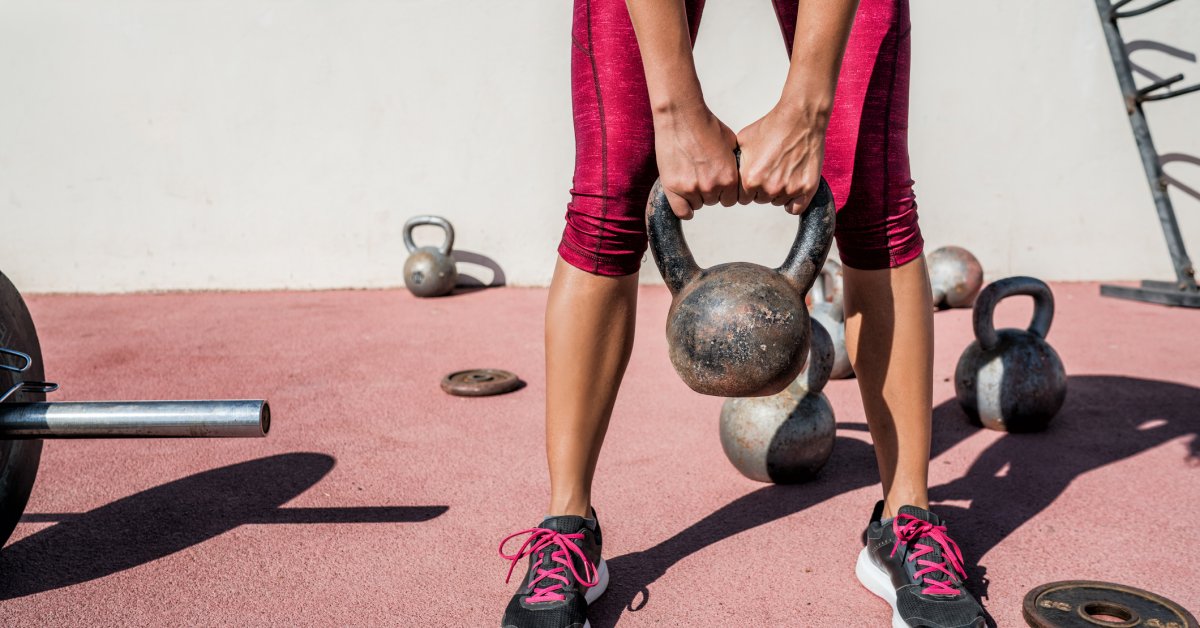 Lifting weights can build strength, add muscle, and put you in a good mood. Now, a new study finds that the practice may have an even bigger benefit: a longer life.

An observational study of nearly 100,000 people over about ten years, published Sept. 27 in the British Journal of Sports Medicine, found that people who reported lifting weights once or twice a week—without doing any other exercise—had a 9% lower risk of dying from any cause except for cancer. People who paired 1-2 days of weekly weight lifting with aerobic exercise fared even better; their risk of dying was 41% lower than those who did not exercise.

Jessica Gorzelitz, an assistant professor of health promotion at the University of Iowa and co-author of the study, says that the findings fit with the federal activity guidelines, which recommends that adults do at least 150 minutes of aerobic exercise per week, plus muscle -strengthening exercises two or more days a week. “If you want the biggest bang for your buck, the lowest risks were observed in those groups that were doing both aerobic exercise and weightlifting,” says Gorzelitz.

While other studies have found that muscle-strengthening exercises improve health, Gorzelitz—who’s a power-lifter—says she couldn’t find any research on weight lifting and mortality, which is why she decided to study that question. The results are especially important for women, she says, because they seemed to get an even bigger benefit from weight lifting than men in the study. When Gorzelitz worked as a personal trainer, women often told her they feared that strength exercises would make them “too bulky”—a common misconception about weight lifting, Gorzelitz says. “Beyond our study, we see that it’s linked with better muscle mass, healthier muscle…and stronger bones,” she says. “It’s really important to not just live long, but to live well.”

The study has several limitations. Researchers weren’t able to analyze the intensity and other details about the weight lifting workouts. People in the study also tended to be older than the general population, with an average age of 71, which means that the results might not generalize to younger adults.

It also raises further questions to explore. Even though the study did not find a link between weight lifting and a reduction in deaths caused by cancer, it could require longer term follow-up studies, says Alpa Patel, the senior vice president at the American Cancer Society. For instance, “we know from various other studies that strength training is beneficial for survival after a cancer diagnosis,” she says. Another intriguing finding was that people who did aerobic exercise and lifted weights three to seven times a week—which exceeds the federal guidelines—had an even lower risk of death, although Gorzelitz noted that this is a single study’s finding, and the guidelines come from the totality of evidence. So far, it’s unclear whether the benefits have an upper limit.

Other research provides plausible reasons why weight lifting could lower the risk of death. The exercise and body composition, trims fat, builds muscle, which research has linked to a lower risk of death from any cause, especially cardiovascular deaths.

Despite the clear benefits, however, less than a quarter of Americans meet the US physical activity guidelines. “People don’t have to run out and start training for bodybuilding,” Gorzelitz says. “Doing something is better than nothing.” Start slow and look for help online or from a personal trainer, she says. “It’s okay to start with small steps for your health.”