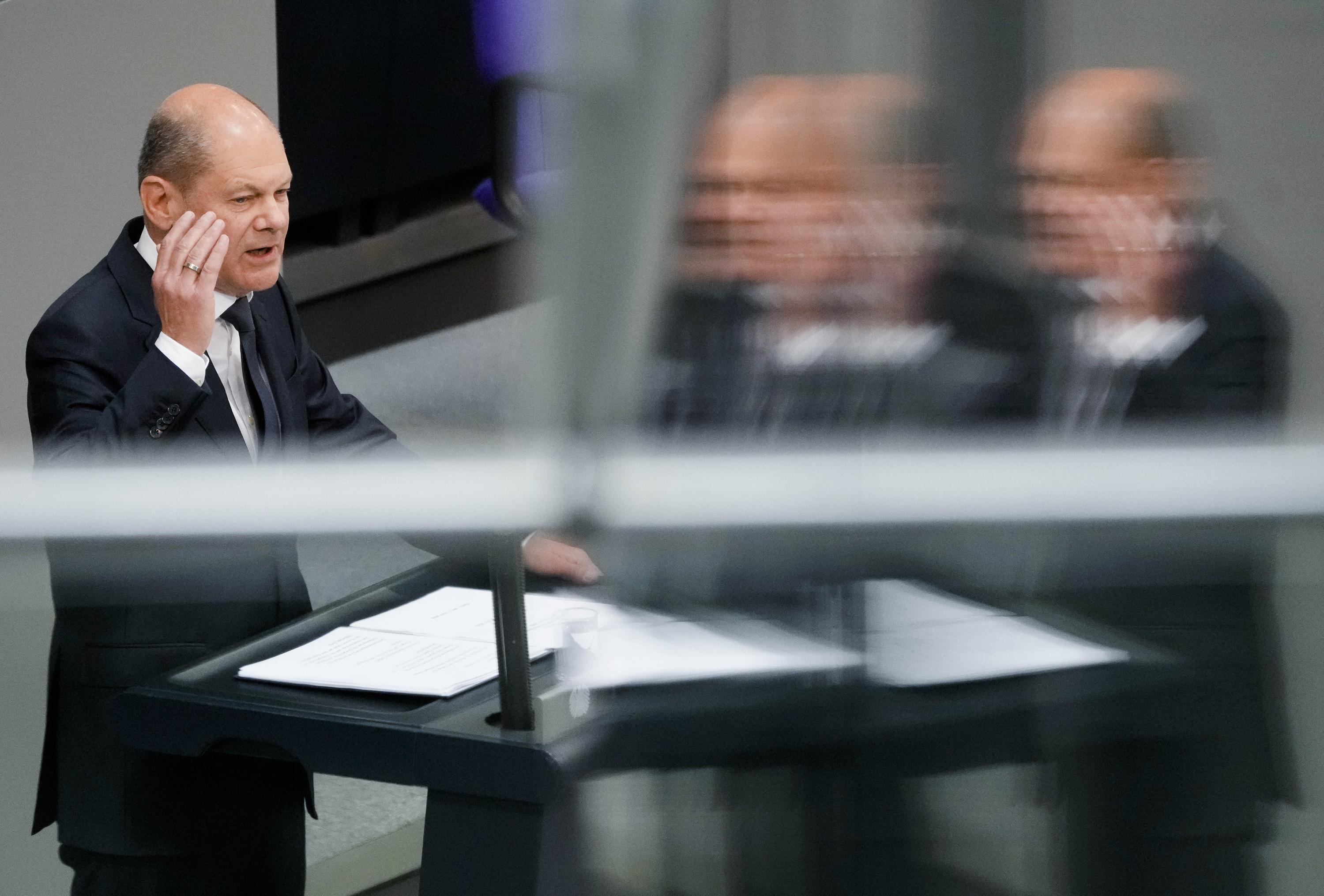 KYIV, Ukraine (AP) — The US and Germany pledged to send Ukraine some of the most advanced weapons yet for shooting down aircraft and knocking out artillery as Russian forces waging a grinding offensive in the east Wednesday closed in on capturing a key city.

Germany said Wednesday it will supply Ukraine with modern anti-aircraft missiles and radar systems, and the US planned to unveil a new weapons package later in the day that includes high-tech, medium-range rocket systems.

The US is trying to strike a balance by helping Ukraine battle ferocious Russian artillery barrages while not providing weapons that could allow Ukraine to hit targets deep inside Russia and trigger an escalation of the war.

The Kremlin accused the US of “pouring fuel on the fire.”

Western arms have been critical to Ukraine’s success in stymieing Russia’s much larger and better-equipped military, thwarting its effort to storm the capital and forcing Moscow to shift its focus to the industrial Donbas region in the east.

But as Russia bombards towns in its inching advance in the east, President Volodymyr Zelenskyy has repeatedly Ukrainian pleaded for more and better weapons and accused the West of moving too slowly.

“I’m sure that if we receive all the necessary weapons and strengthen the efficient sanctions regime we will win,” he said.

The new arms could help Ukraine set up and hold new lines of defense in the east by hitting back at Russian artillery pieces that have been battering towns and cities and by limiting Russian airstrikes, said retired French Gen. Dominique Trinquand, the former head of France’s military mission at the United Nations.

“The NATO countries — the European nations and the Americans — have progressively escalated the means that they are putting at Ukraine’s disposal, and this escalation, in my opinion, has had the aim of testing Russian limits,” he said. “Each time, they measure the Russian reaction, and since there is no reaction, they keep supplying increasingly effective and sophisticated weaponry.”

Military analysts say Russia is hoping to overrun the Donbas before any weapons that might turn the tide arrive.

Germany has come under particular criticism, both at home and from allies abroad, that it isn’t doing enough.

The promised supplies of German IRIS-T air defense systems would mark the first delivery of long-range air defense weapons to Ukraine since the start of the war. Earlier of portable, shoulder-fired air defense missiles have bolstered the Ukrainian military’s ability to take down helicopters and other low-flying aircraft but didn’t give it enough range to challenge Russia’s air superiority.

German Chancellor Olaf Scholz told lawmakers that the IRIS-T’s surface-to-air missiles are the most modern air defense system the country has.

“With this, we will enable Ukraine to defend an entire city from Russian air attacks,” he said. The radar systems will also help Ukraine locate enemy artillery.

In addition to the rockets, the US package will include helicopters, Javelin anti-tank weapons, tactical vehicles, spare parts and more, two senior administration officials said. The officials spoke on condition of anonymity to preview the package before it was officially announced.

One official noted that the advanced rocket systems will give Ukrainian forces greater precision in targeting Russian forces inside Ukraine. The rockets have a range of about 50 miles (80 kilometers) and are highly mobile.

The US has received assurances that Ukraine will not fire rockets into Russian territory, according to the senior administration officials. Ukraine had unsuccessfully pushed for rockets with a range of up to 186 miles (300 kilometers).

Kremlin spokesman Dmitry Peskov said Moscow does not trust such assurances. “We believe that the US is deliberately and diligently pouring fuel on the fire,” he said.

Russian Foreign Minister Sergey Lavrov said Ukraine’s push for more weapons is a “direct provocation intended to draw the West into the fighting.” He warned that the multiple rocket launchers would raise the risk of an expanded conflict.

The announcements came as a regional governor said Russian forces now control 70% of Sievierodonetsk, a city that is key to Moscow’s efforts to complete its capture of the Donbas, where Ukrainian forces and Russian-backed separatists have fought for years and where the separatists held swaths of territory even before the invasion.

Luhansk Gov. Serhiy Haidai said Ukrainian and Russian forces were battling it out in the streets.

The only other city in Luhansk that the Russians have not yet captured, Lysychansk, is still fully under Ukrainian control, he said, but is likely to be next.

“If the Russians manage to take full control over Sievierodonetsk within two to three days, they will start installing artillery and mortars and will shell Lysychansk more intensively,” Haidai said.

Zelenskyy, meanwhile. said the country is losing between 60 and 100 soldiers a day in the fighting.

In southern Ukraine, the regional governor sounded a more positive note, saying Russian troops are retreating and blowing up bridges behind them.

“They are afraid of a counterattack by the Ukrainian army,” Vitaliy Kim, governor of the Mykolayiv region, said on the Telegram messaging app.

Follow the AP’s coverage of the war at https://apnews.com/hub/russia-ukraine