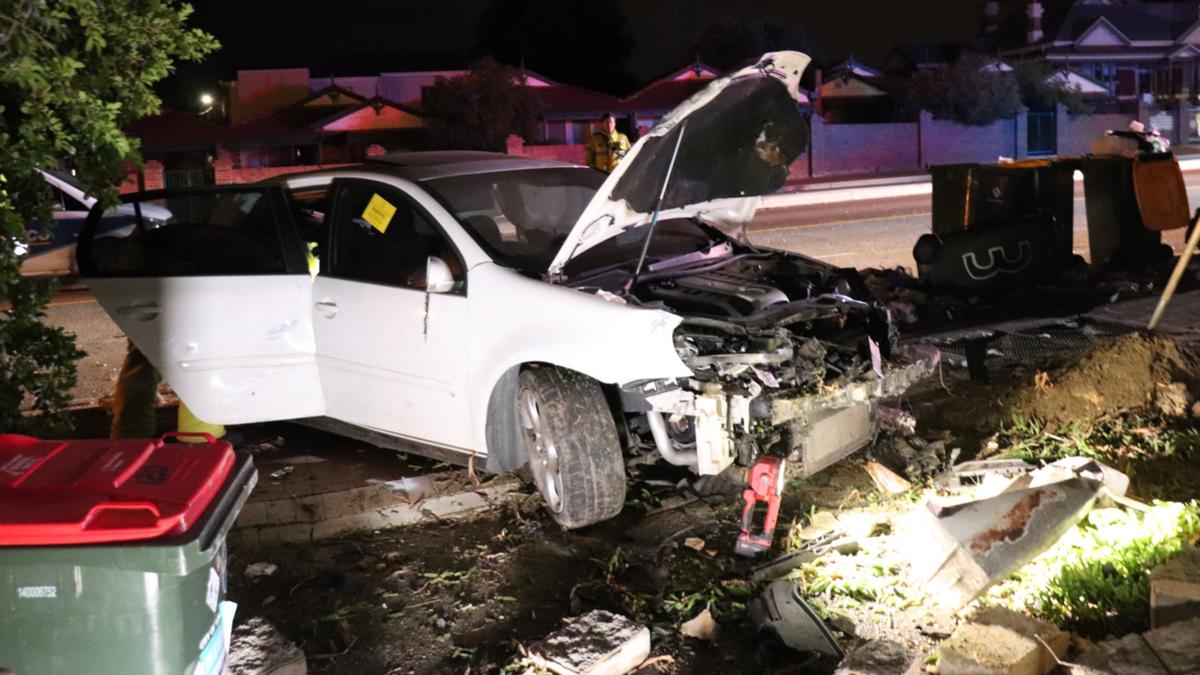 An alleged drink driver who fled the scene following a serious crash with a rideshare car has been charged after a dramatic citizen’s arrest in West Perth.

Traffic Enforcement Group officers will allege the 26-year-old man was driving a white VW Golf sedan on Charles Street when he ran a red light at the Carr Street intersection about 1.20am on Sunday, smashing into a Toyota Prius station sedan as a result .

As the VW Golf drove down the street, it mounted a kerb and sent several rubbish bins flying before hitting a street lamp.

The impact felt the lamp crashing onto the road and rubbish to litter the street.

The Toyota Prius, which was carrying six passengers plus the rideshare driver, struck a gas junction box outside a unit complex, rupturing gas pipes.

Several people in the car received minor injuries. Both cars were badly damaged.

Police will allege the driver of the VW Golf then fled the scene on foot.

He was apprehended by several of the ride-share passengers on Newcastle Street as police arrived.

Firefighters also responded to the incident, participating to a ruptured gas pipe.

The Westminster man will be summoned to appear in court on one count each of driving in excess of 0.08 per cent, contravening a red traffic control signal and failing to stop after a traffic incident.