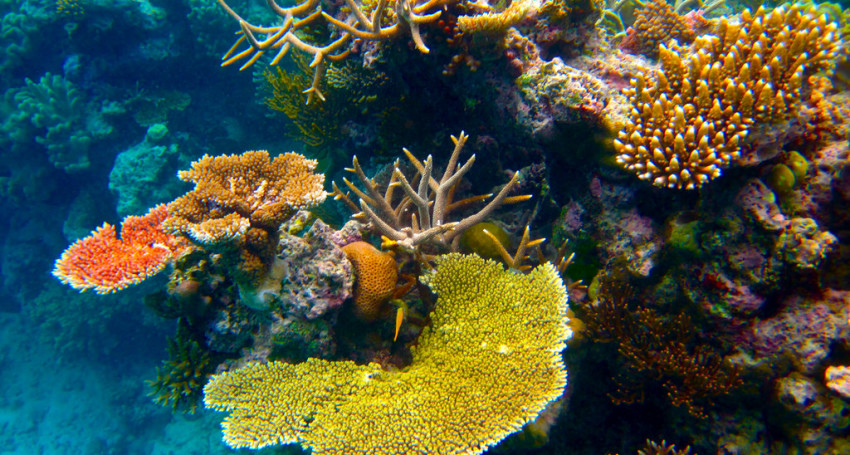 Anthony Albanese will turn his election campaign attention to one of the seven wonders of the natural world today with a further funding package to save the Great Barrier Reef.

The Labor leader will visit Cairns today to announce the extra funding to help save the Great Barrier Reef while pledging to work with the Queensland Government, First Nations communities, businesses and landowners.

“Parents and grandparents are worried their children will not be able to see this incredible natural wonder for themselves,” Albanese said.

“That’s why it’s so important we act on climate change and species protection – to protect the reef and the tens of thousands of jobs that rely on it.”

Labor previously promised $163 million in funding for a reef protection program in January. The additional pledge brings the total commitment to $194.5 million over forward estimates.

As part of Labor’s plan, Indigenous ranger organizations will be allocated $100 million by the end of the decade for reef protection and restoration programs.

Labor will work with the state government to scale up gully and wetland restoration as well as expand the crown-of-thorns starfish culling program.

Albanese said seeing the Great Barrier Reef in person was a highlight for many Australians and international tourists.

Scott Morrison visited Cairns in January to commit $1 billion over the next nine years to help manage the reef after the Commonwealth successfully lobbied UNESCO to delay a decision listing the site as “in danger”.

More than one million ballots have been cast in the first few days of pre-polling.

On the campaign trail yesterday, Morrison was confronted by former Australian high commissioner to the Solomon islands Trevor Sofield at an event in Tasmania yesterday, who accused him of mishandling diplomatic relations in the Pacific.

Today, the prime minister will promise to secure modern manufacturing and supply chains in Australia.

A $324 million pledge will attempt to safeguard Australia’s supply chains seen as key to prosperity, resilience and national security.

Morrison said COVID-19, international conflict and national disasters demonstrated the importance of a strong supply chain for the success of the economy.

“Our supply chains are the backbone of our manufacturing industry and that’s why my government will always invest in strengthening them.”

A man is lucky to be alive after his car was hit by a freight train at Nairne last night.

Police say the driver was attempting to do a u-turn at the train crossing on Jeffrey Street about 9pm when his vehicle became stuck.

He abandoned the car just before an oncoming freight train collided with it. Police say the train dragged the vehicle more than 100 meters.

The train line was closed in both directions for several hours but has since reopened.

Meanwhile, a man has been arrested after allegedly leaving his mobile phone near the scene of a theft in Edwardstown.

A woman reported someone had entered her Fuller Street house and stolen her handbag, containing car and house keys, a mobile phone, ID and bank cards at about 8pm last night.

Police say the man stole the handbag while the woman was in the process of moving house and was spotted riding off on a bike.

The woman found two mobile phones, not belonging to her, on the footpath near her house.

Police used the phone to track the suspect to a nearby Edwardstown address, where a 30-year-old man was arrested. He was charged with serious criminal trespass and theft.

The woman’s handbag and its contents were recovered.

He did not apply for bail and will appear in court today.

Most South Australians feel personally affected by the current housing “crisis”, a survey of more than 200 InDaily readers shows.

The survey, conducted by the University of South Australia and community housing provider Believe Housing, found 95 per cent of readers knew someone struggling in the housing market.

Results from the 10-question survey, conducted in March, have been published in a new report looking at how South Australia should respond to shrinking rental availability and a skyrocketing property market.

The “Beyond the Housing Crisis – A Home for All” report, released this week, found rental availability is at its worst in SA, with vacancy rates hitting 0.2 per cent in March.

Researchers have called for a “coordinated, focussed response across government and multiple sectors” to put an end to what they describe as a housing “crisis”.

“It is evident, both through election polls and outcomes, and the results of the InDaily survey, that there is a strong community appetite for change,” Believe Housing Australia executive general manager Michelle Gegenhuber said.

“Everyone is already working as hard as they can, but the impacts will always fall short while we work within a failing system.

“We know that when people are securely housed, savings through increased social participation and reduced service use far outweigh the cost of investment.”

According to the report, more than 6000 South Australians experience homelessness each night and more than 30,000 people are on the state’s social housing waiting list. 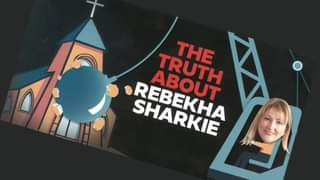 Rebekha Sharkie says the ACL has used her image without permission in an election flyer.

Federal MP Rebekha Sharkie says she is taking legal action against the Australian Christian Lobby (ACL) for breach of copyright.

The Member for Mayo claims an unauthorized use of her likeness was used by ACL to “denigrate teachers and students of faith as well as those fleeing domestic violence, are separated from their partner, seeking IVF treatment or who are part of the LGBTIQ+ community”.

Sharkie has accused the ACL of using a photo of her, which she says is also owned by her, without her permission.

The Adelaide Hills and Fleurieu Peninsula MP says she yesterday sent a letter to ACL, demanding it to discontinue infringing her copyright and send a written apology to all households that received a leaflet while reserving her right to demand royalties for the previous infringements.

She says she will donate proceeds of any damages to homeless and emergency relief services across Mayo including the Salvation Army, St Vincent de Paul, Uniting Church Mt Barker, and Junction Housing on the South Coast and Kangaroo Island.

“As a Christian, I support protections against discrimination on the grounds of religion but I will not idly allow this extremist organization to use my likeness to denigrate the LGBTIQ+ community, people fleeing domestic violence, going through divorce or seeking IVF treatment,” Sharkie says .

The Australian Christian Lobby is campaigning against Sharkie and some Liberal MPs who crossed the floor on the government’s religious discrimination bill.

These MPs voted to amend key sections of the legislation to stop schools from discriminating against students or teachers based on their sexuality or gender identity.

First elected in 2016 as part of Nick Xenophon’s team, Sharkie will again run under the Center Alliance banner at the May 21 Federal Election after winning as a CA candidate in 2018 and 2019. She is among nine candidates running in Mayo.

A multi-million dollar recreational facility boasting an ice rink and rock climbing could be coming to Adelaide’s southern suburbs under a proposal lodged by a private investor. 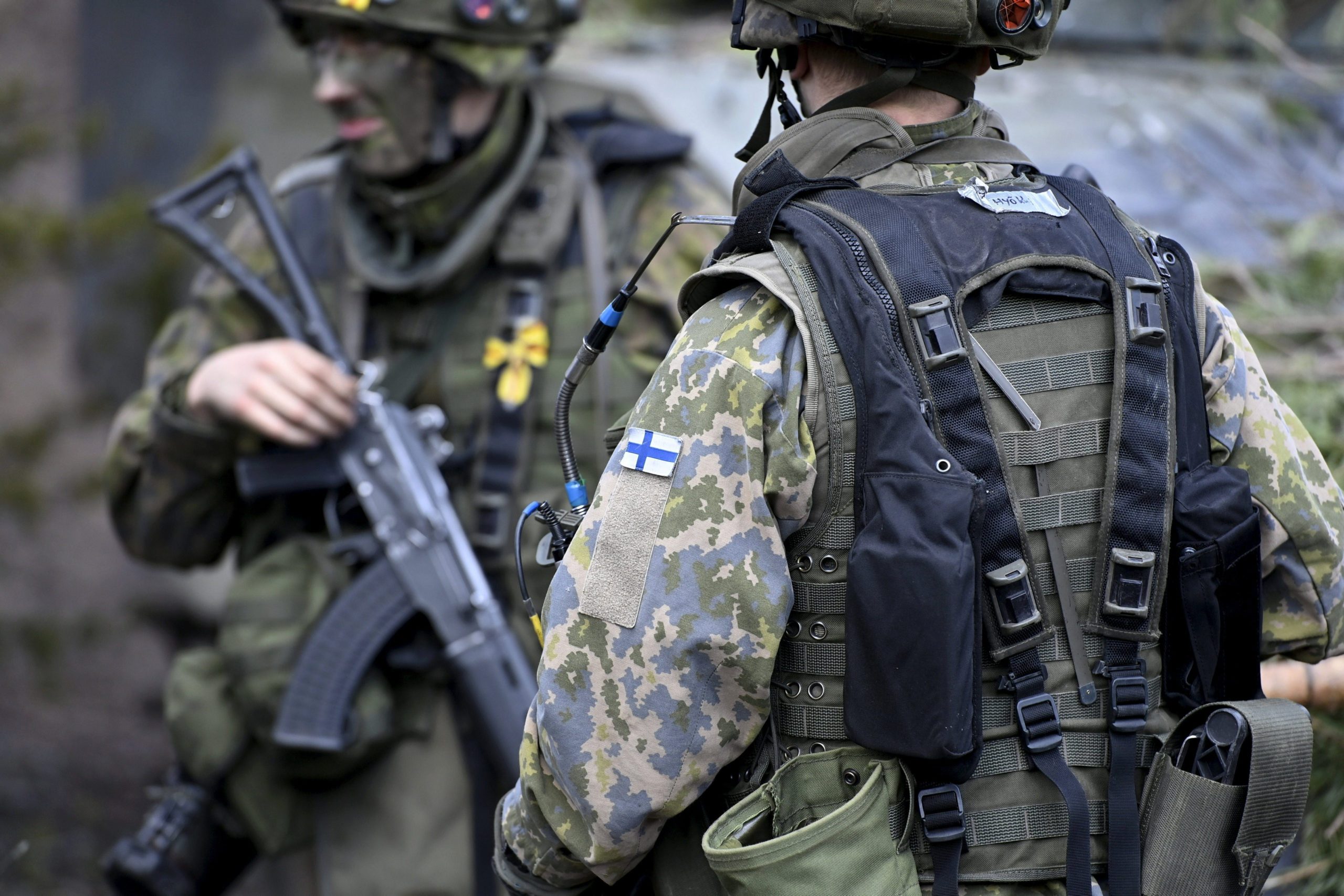 Finland says it will apply to join NATO “without delay,” with Sweden expected to follow, as Russia’s invasion of Ukraine looks set to bring about the expansion of the military alliance that Vladimir Putin aimed to prevent.

The decision by the two Nordic countries to abandon the neutrality they maintained throughout the Cold War would be one of the biggest shifts in European security in decades.

It came as Russia’s war in Ukraine was suffering another big setback, with forces driving Russian troops out of the region around the second largest Ukrainian city Kharkiv, the fastest Ukrainian advance since forcing Russia to withdraw from the capital and northeast more than a month ago.

NATO Secretary-General Jens Stoltenberg said the Finns would be “warmly welcomed” and promised a “smooth and swift” accession process.

Finland’s 1300km border will more than double the length of the frontier between the US-led alliance and Russiaputting NATO guards a few hours’ drive from the northern outskirts of St Petersburg.

“Finland must apply for NATO membership without delay,” President Sauli Niinisto and Prime Minister Sanna Marin said in a joint statement, hoping steps to take the decision would “be taken rapidly within the next few days”.

“This cannot fail to arouse our regret, and is a reason for corresponding symmetrical responses on our side,” Peskov added.

The foreign ministry said Russia would be forced to take “retaliatory steps, both of a military-technical and other nature,” giving no further details.

– With AAP and Reuters