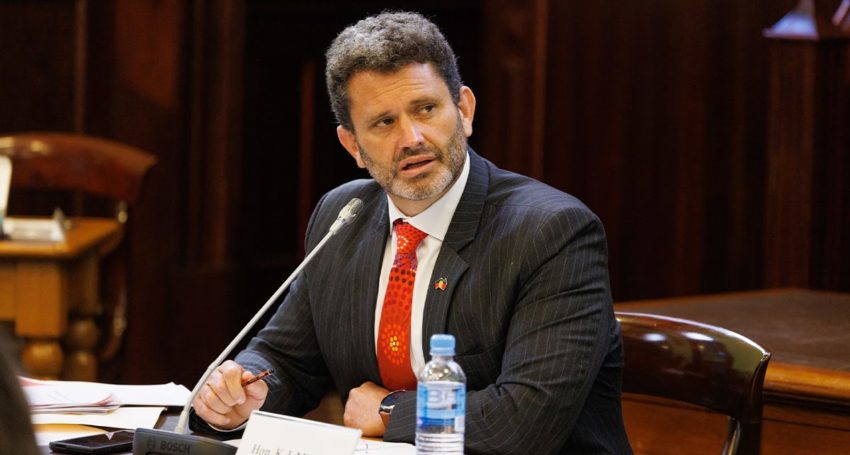 Labor at war with heartland over injured worker ‘betrayal’

In just its third month in office, the SA Labor Government has placed itself at loggerheads with the union movement, which has declared “outrage” over a move to toughen the state’s compensation regime for injured workers in a bid to save businesses from punitive premiums.

The standoff came months after the High Court rejected a Return To Work SA appeal against a decision in favor of injured truck driver Shane Summerfield, who was left permanently injured after a 2016 workplace accident. Summerfield was granted additional compensation for complications from his original injuries, including an ongoing limp and back pain.

At the time, then-Liberal Treasurer Rob Lucas called the case’s precedent “a major potential hit to employers”, arguing the resulting legal uncertainty “could see average premiums rise from their existing low 1.70 per cent to 2 per cent or higher in 2022- 23 – potentially adding thousands of dollars onto a businesses’ annual running costs”.

“The next parliament will have to consider whether it’s prepared to strike a better balance between the rights of workers and the ability for employers to be able to employ more and more people,” Lucas said at the time.

And the new Labor Government has done just that this week, with Attorney-General Kyam Maher giving notice of legislation to tighten the compensation regime – in the process igniting a potential war with the unions that backed his party into office.

An emergency meeting between unions and government was set to be held last night, with SA Unions secretary Dale Beasley declaring: “The South Australian Union Movement is outraged at the State Labor Government’s decision to legislate to nullify a win for injured workers in SA.”

“The best way to reduce the cost of the Return to Work system is to make workplaces safer to begin with,” he said.

“Instead, the Government is submitting to the whims of bean counters and pushing the cost of the system onto workers by slashing their entitlements.”

The CFMEU blew the whistle on Labor’s plans after a briefing this week, declaring: “South Australian workers are entitled to feel betrayed by the Malinauskas Government as its shock plans to cut workers’ compensation to some of South Australians most severely injured workers have been uncovered .”

“Instead of acting to honor that commitment, Labor has waited just a handful of weeks before proposing changes that will shove more workers with significant injuries out of assistance and into poverty,” he said.

The unions have also criticized the lack of consultation, with Sutherland saying the CFMEU would be protesting on the steps of parliament if the Bill proceeded to a second reading.

Maher awning InDaily in a statement that Labor had historically “introduced many important industrial relations reforms and this Government has a strong agenda including criminalizing wage theft and introducing industrial manslaughter”.

“Our long track record standing up for the rights of workers speaks for itself [but] it is important to strike the right balance,” he said.

“The former Liberal government kicked the can down the road on this issue until after the state election… the clear advice to the new Government was that if we did not act, SA businesses faced the prospect of paying the highest premiums of any state in Australia .”

Treasurer Stephen Mullighan will today hand down the first Labor state budget since 2017, forecasting a $233 million surplus in the 2022-23 financial year, and predicting the budget will remain in the black across the forward estimates.

Labor’s pre-election costs pointed to an $88m surplus in its first budget if it won power, but a raft of savings measures have helped bolster the bottom line by $145m.

Today’s final budget update for the current financial year will show a 2021-22 deficit of $1,733 billion, with Mullighan declaring that “by maintaining fiscal we can deliver on the Government’s election commitments while also ensuring discipline we can continue to deliver to the people of South Australia into the future”.

Savings measures include clawing back $19m by scrapping a pair of Marshall Government renewable energy subsidies, as revealed by InDaily yesterday.

The Greens have since criticized the move, with MLC Robert Simms declaring: “At this time of climate crisis, Labor should be supporting and enhancing programs like these that are designed to reduce carbon emissions.”

“Axing these programs might deliver the new Government some budget savings, but this decision will come at a huge cost to our environment,” he said.

Mullighan said in a statement: “The budget I will hand down today delivers on the government’s substantial agenda, while also maintaining our commitment to fiscal discipline.”

“We are not reaching into the pockets of South Australians through shock tax hikes,” he said.

“We are delivering on our promise – budget surpluses, no new taxes and no shock tax hikes.” 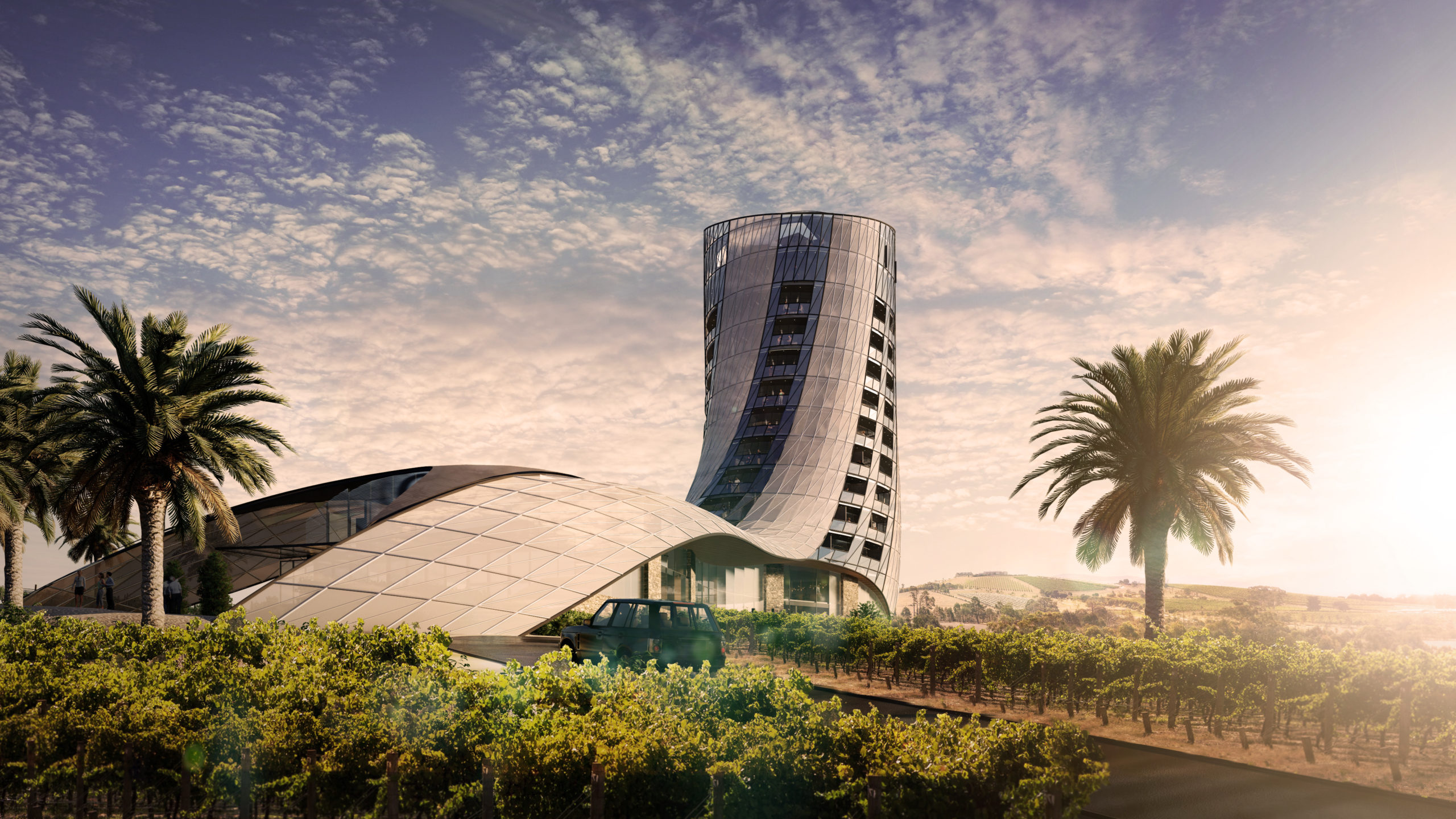 An artist’s render of the proposed Oscar Seppeltsfield luxury hotel.

The controversial $50 million Oscar Barossa luxury hotel at Seppeltsfield has been given planning approval with construction expected to begin within months.

Project director Toby Yap says construction of the 12-storey hotel will get underway later this year.

“We are thrilled to finally have approval and to move into the next phases after investing almost $2 million into the project to date,” Yap said.

“A tender process has been undertaken to choose a luxury hotel operator and we look forward to announcing this exciting partnership soon.”

The 70-room hotel will include suites and penthouses, with balconies for every room.

The hotel will also boast a restaurant, boardroom and private dining room. There will also be a top-floor viewing deck with 360-degree views of the surrounding Barossa Valley.

The team behind the project say the hotel will attract new tourism markets to the region and generate $90 million in tourism spending.

The project, to be set among vineyards near Seppeltsfield Winery on the western side of the Barossa Valley, was first announced in 2020.

The South Australian Environment, Resources and Development Court dismissed an appeal against the project last year.

Locals filed court action to get the project – categorized as ‘tourist accommodation’ – classified under a different category to allow for greater community consultation.

A revised application was lodged with the Light Regional Council in February this year with amendments to the building’s height and location.

A local amateur soccer player has spoken out after vision emerged from the on-field punch that left him in the hospital with no memory of the attack.

Russian forces have fought their way into the center of the Ukrainian industrial city of Sievierodonetsk and appear to be close to claiming a big prize in their offensive in the eastern Donbas region.

But in a boost for Ukraine, locked in a grinding struggle against the invading army, the United States announced a new $US700 million ($A974 million) weapons package for Kyiv which will include advanced rocket systems capable of hitting targets up to 80 km away .

Moscow accused the US of adding “fuel to the fire”.

US Secretary of State Antony Blinken said Ukraine had promised Washington it will not use the rocket systems to hit targets inside Russia.

US President Joe Biden hoped the stepped-up arms supplies would help push Moscow to negotiate an end to the war, now in its fourth month.

After days of heavy fighting around Sievierodonetsk, much of which has been laid to waste by Russian artillery bombardments, Russian troops were inching forward through the city streets.

If Russia captures the city and its smaller twin Lysychansk on the west bank of the Siverskyi Donets river, it will hold all of Luhansk, one of two provinces in the Donbas that Moscow claims on behalf of separatists and a key war aim of Russian President Vladimir Putin.

Putin sent his troops over the border on what he calls a special military operation on February 24 to disarm and “denazify” Ukraine. Ukraine and its allies call this a baseless pretext for a war of aggression and the West has imposed stringent sanctions on Russia a bid to strangle its economy.

Thousands of people have been killed in Ukraine and millions more displaced since the invasion began.

Jury rules in favor of Depp in US defamation trial

Actor Amber Heard stands with her lawyers before the verdict was read. Photo: AP/Evelyn Hockstein)

US actor Johnny Depp says he “feels at peace” after a jury in his multimillion-dollar defamation lawsuit against former wife Amber Heard ruled in his favour.

The actor said his decision to pursue the case “was only made after considerable thought” and his goal was to “reveal the truth, regardless of the outcome”.

Depp sued the Aquaman star for $US50 million ($A69 million) over the Washington Post piece, titled: “I spoke up against sexual violence – and faced our culture’s wrath. That has to change.”

The article does not mention him by name, yet his lawyers said it falsely implied he physically and sexually abused Heard while they were together.

Following six weeks of evidence and roughly 13 hours of deliberation, jurors returned a verdict in favor of Depp on Wednesday.

The actor was awarded compensatory damages of $US10 million ($14 million) and a further $US5 million ($7 million) in punitive damages.

In a statement, Depp promised fans that “the best is yet to come and a new chapter has finally begun”.

“Six years ago, my life, the life of my children, the lives of those closest to me, and also, the lives of the people who for many, many years have supported and believed in me were forever changed,” he said.

“And six years later, the jury gave me my life back. I am truly humbled.”

“I feel at peace knowing I have finally accomplished that.”

Depp was not present for the verdict, but Heard, who was present, looked downcast as the ruling was read out by the judge.

But the actress was awarded $US2 million in damages after her counterclaim against Depp over comments made by his lawyer Adam Waldman, who allegedly referred to her abuse claims as a “hoax”, was also found to be defamatory.

Following the verdict, the actress said she was “heartbroken” but “even more disappointed with what this verdict means for other women”.

“I’m heartbroken that the mountain of evidence was still not enough to stand up to the disproportionate power, influence, and sway of my ex-husband.”

Heard said the verdict “sets back the clock to a time when a woman who spoke up and spoke out could be publicly shamed and humiliated”.

– With AAP and Reuters