September 22 has been declared a National Day of Mourning following Queen Elizabeth’s death which means not everything will be open.

The national public holiday has been part of federal government protocol planning for decades but it caught businesses by surprise as many retailers and service providers will have to close their doors.

Here is what we know will be open and closed tomorrow in New South Wales.

All Australia Post offices will be closed as well as Service NSW branches.

Banks, including the big four Commonwealth, Westpac, NAB, ANZ, among others will be shut all day.

But supermarkets like Coles and Woolworths as well as Kmart and Bunnings will open for their usual hours.

Some stores which normally have extended trading hours on a Thursday may make changes including opening later or closing earlier.

For anyone looking to spend the day out and about, cinemas, Taronga Zoo and the NSW Art Gallery will all remain open.

Restaurants, retailers, pubs and bottle shops are all allowed to stay open.

However many will have to weigh up the decision to open with the requirement to pay staff public holiday penalty rates. 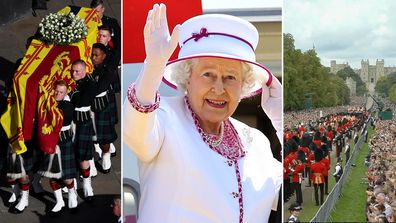