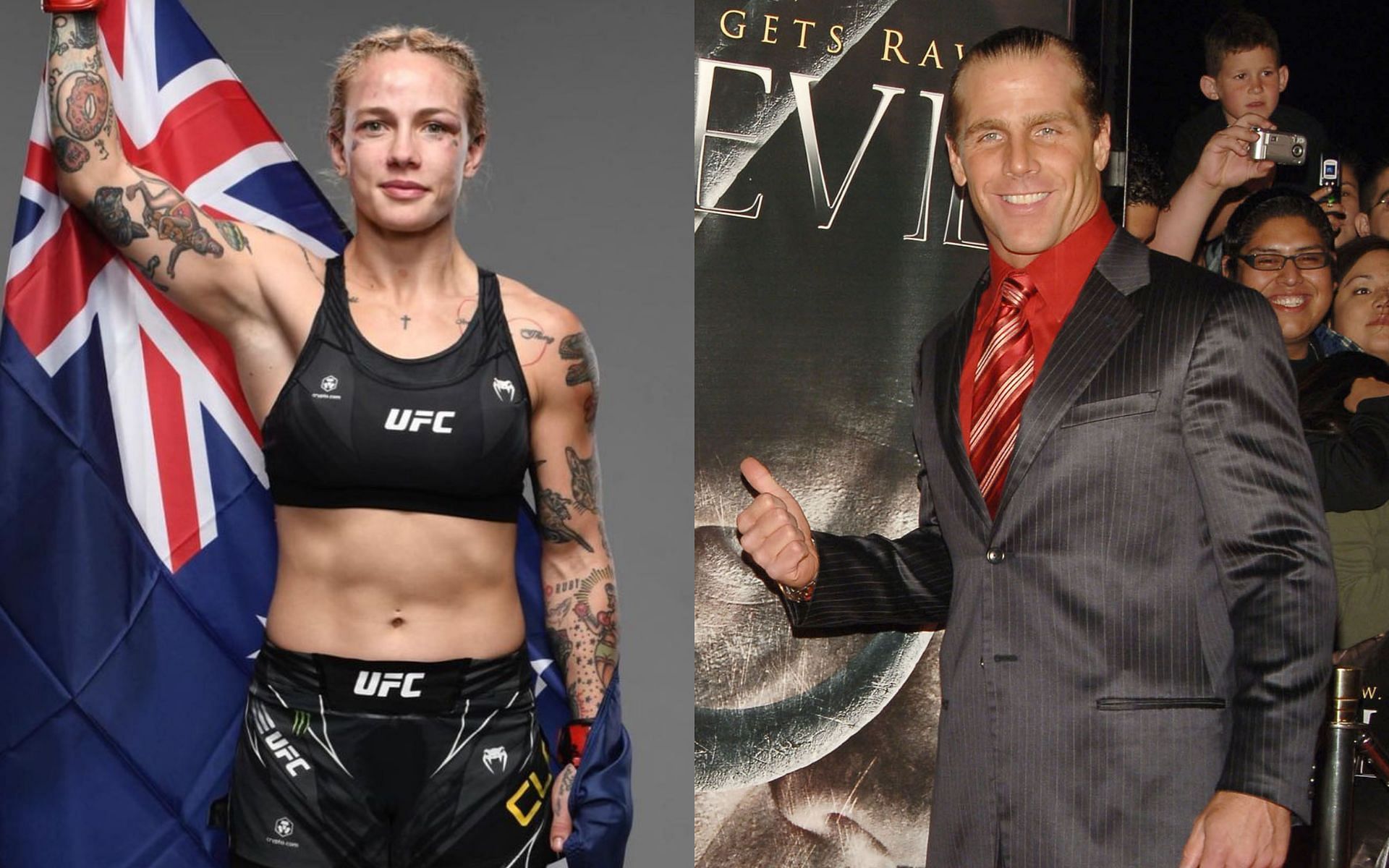 Jessica-Rose Clark definitely knows how to make an entrance. From sporting a comic book villain makeover for her UFC Fight Night 201 weigh-in to walking out to Shawn Michaels’ theme song, there is never a dull moment with ‘Jessy Jess’.

In his latest octagon outing at UFC 276, the 34-year-old walked out to WWE legend Shawn Michaels’s theme song, “Sexy Boy”. Clark’s walk-out tribute was the result of a promise she made to Ariel Helwani.

#WWEMITB is the same night as #UFC276 and both here in LV Jessica Rose-Clark walks out to Shawn Michaels sexy boy 1st fight of the night https://t.co/tchh9UkXls

Earlier this year, in an appearance on The MMA Hour with Ariel Helwani, ‘Jessy Jess’ had made a promise to Helwani that she would walk out to HBK’s theme song if UFC put her on a pay-per-view card:

“Hey, let’s say when Mick Maynard [UFC’s VP for talent relations] finally puts me on a pay-per-view, I will walk out to the Heartbreak Kid theme song… Yeah promise.”

Unfortunately, Jessica-Rose Clark failed to secure a victory in her first pay-per-view appearance. The 34-year-old succumbed to a first-round submission defeat to Julija Stoliarenko at UFC 276.

The Australian mixed martial artist’s professional record currently stands at 11 wins against 8 losses and 1 no contest.

Jessica-Rose Clark had a treat for eagle-eyed comic book fans at her weigh-ins for UFC Fight Night 201. Clark came to the scales sporting a Harley Quinn makeover.

The Australian’s look was complete with the beloved Batman villain’s pink and blue colored hair, double ponytails, tattoos and even blood red lipstick. A psychologist turned psychopath, Harley Quinn is one of the main villains of Batman.

Watch Jessica-Rose Clark weigh in as Harley Quinn at UFC Fight Night 201 below:

In an appearance on The MMA Hourthe fighter explained that her inspiration for the make-over was fellow Australian Margot Robbie playing the DC villain on the big screen:

“I feel like because Margot Robbie played Harley Quinn and she is Australian and I also have the heart tattoo on my face and I get likened to Harley Quinn a lot. So I went like, you know what, I’m just going to do it.”

‘Jessy Jess’ unfortunately couldn’t produce a win at the event. The Australian fell prey to an armbar at the hands of Stephanie Egger in the very first round of their fight.