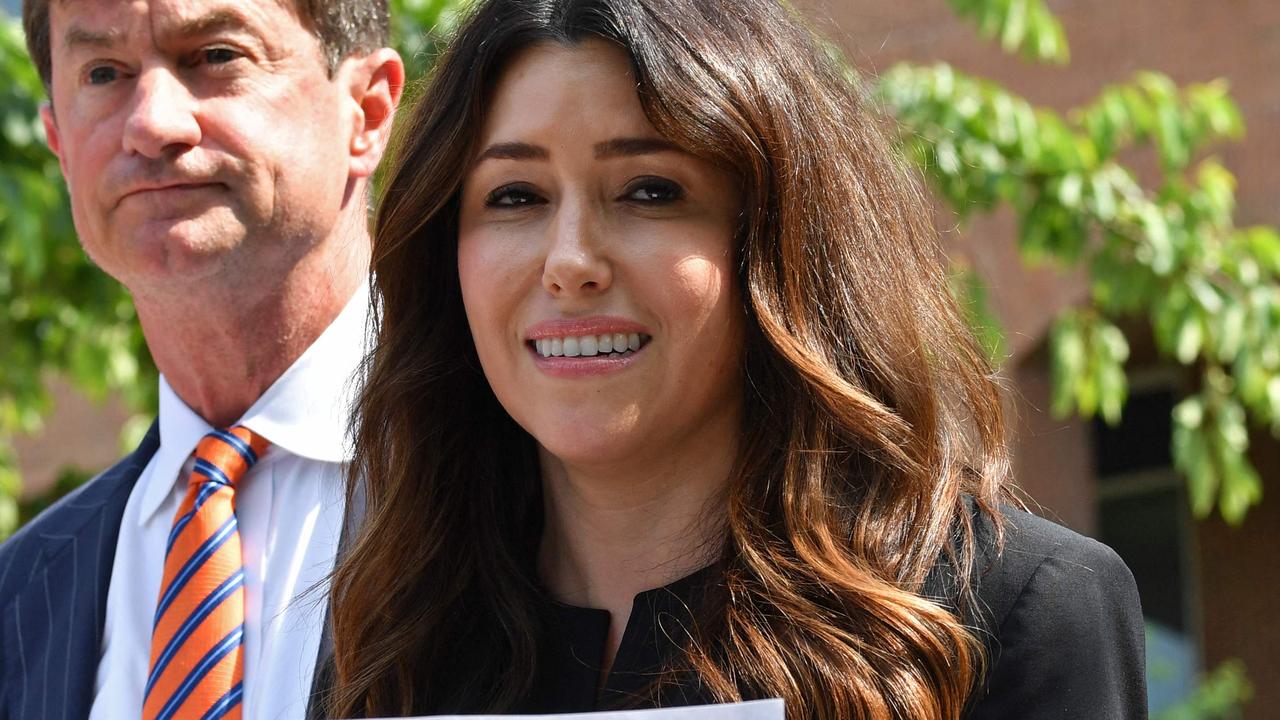 Johnny Depp might have won his high-profile case against his ex-wife Amber Heard – but it was also a huge win for his legal team.

While actor Johnny Depp has won his $50 million defamation trial against his ex-wife Amber Heard, the trial is as much of a success for the Pirates of the Caribbean actor, as it is for one of his lawyers, Camille Vasquez.

After a 13-hour deliberation, the jury sided with Depp. The famed actor was awarded US$10 million (A$14 million) in defamation compensatory damages and US$5 million in punitive damages. Heard also won US$2 million (A$2.78 million) in compensation and $0 in punitive fees, with the jury agreeing with Heard’s claim she was defamed by Depp’s lawyer after she called her abuse allegations a hoax.

Once the trial concluded, Ms Vasquez was seen leaving the courtroom, all smiles, flanked by her boss and high-profile lawyer Ben Chew, who led Depp’s legal team.

Speaking outside the court after today’s result, she said: “We are grateful, so grateful to the jury for their careful deliberation.”

“Today’s verdict confirms what we have said from the beginning – that the claims against Johnny Depp are defamatory and unsupported by any evidence.”

A partner at Brown Rudnick, Mr Chew has represented the likes of musician Cher, and prosecuted an arbitration claim against the Republic of Ghana at the International Criminal Court.

However, he was the 37-year-old who was arguably the most public lawyer on Depp’s defense team. The Californian native is an associate at Brown Rudnick, where her bio dela states she’s had “extensive experience” at handling “reputation management and crisis communications issues” for her clients.

According to the daily mailDepp’s first pick for his legal representation was celebrity lawyer Kathleen Zellner, who specializes in overturning wrongful convictions.

Coming to fame after representing Steven Avery from the Netflix series Making A Murderer, Zellner’s bio says she was a consultant on Depp’s case, however she was not listed as part of the legal team who would appear before the court.

However, the daily mail reports Mr Chew cautioned against adding in Zellner, in favor of Ms Vasquez.

Speaking to the publication, an unnamed source described the move as “unusual”.

“Vasquez is not exactly a rookie, but it’s unusual to have an associate taking charge in such a huge case. But she she knew the evidence inside out and she has done a great job,” they said.

“The plan was always to have a female lawyer cross-examine Amber and that was why Zellner was brought into the case, she had the star power and the big reputation.

“But in reality, the decision to bring her in was taken way too late and there was no way she could have gotten up to speed in such a short space of time.”

‘I hope Johnny and her fall in love’

Ms Vasquez’s performance during the notorious trial has earned her a passionate fan base.

The lawyer was praised for her robust cross-examination of Heard. Even controversial podcaster, Joe Rogan – who has avidly condemned Heard throughout the trial – shared his admiration for Ms Vasquez, gushing about her on his YouTube channel, Rogan Shorts.

“That Camille Vasquez. That lady’s a gangster. She’s amazing,” he said.

“I hope Johnny and her fall in love. That’s what I hope. I hope after this trial’s over, they go out to dinner and he thanks her, and then they fall in love and he gets sober.”

In the hours since the trial’s verdict was announced, one of the most googled search terms around Ms Vasquez has been around her relationship status.

While she’s unmarried, TMZ said sources confirmed she is in a relationship.

“Our sources tell us Camille is happily taken,” they reported.

“She’s dating a British fella who works in real estate — with whom she’s been in a serious relationship for several months.”

This, however, didn’t prevent fans from surmising, or perhaps hoping, for a potential relationship between her and Depp.

Onlookers noted that throughout the trial, Ms Vasquez and Depp appeared quite close and “flirtatious”. The pair were photographed hugging in court, with Depp whispering in her ear and pulling out her chair.

Analyzing their actions, a body-image expert said was deliberate.

“If a picture paints a thousand words, these ‘words’ look straight out of the pages of [romance publishing company] Mills & Boon.

“For Depp’s loyal fans, these dramatic rituals will seem like validation. ‘If this smart, beautiful woman thinks he is OK then maybe he is’ will be the implied message.”

Now the trial has concluded, it’s undeniable that this is a win for the lawyer. In a statement released by Depp after the verdict, he shared his thanks to his legal team.

“My decision to pursue this case, knowing very well the height of the legal hurdles that I would be facing and the inevitable, worldwide spectacle into my life, was only made after considerable thought,” he said.

“I wish to acknowledge the noble work of the Judge, the jurars, the court staff and the Sherriffs who have sacrificed their own time to get to this point, and to my diligent and unwavering legal team who did an extraordinary job in helping me share the truth.

“The best is yet to come and a new chapter has finally begun.”