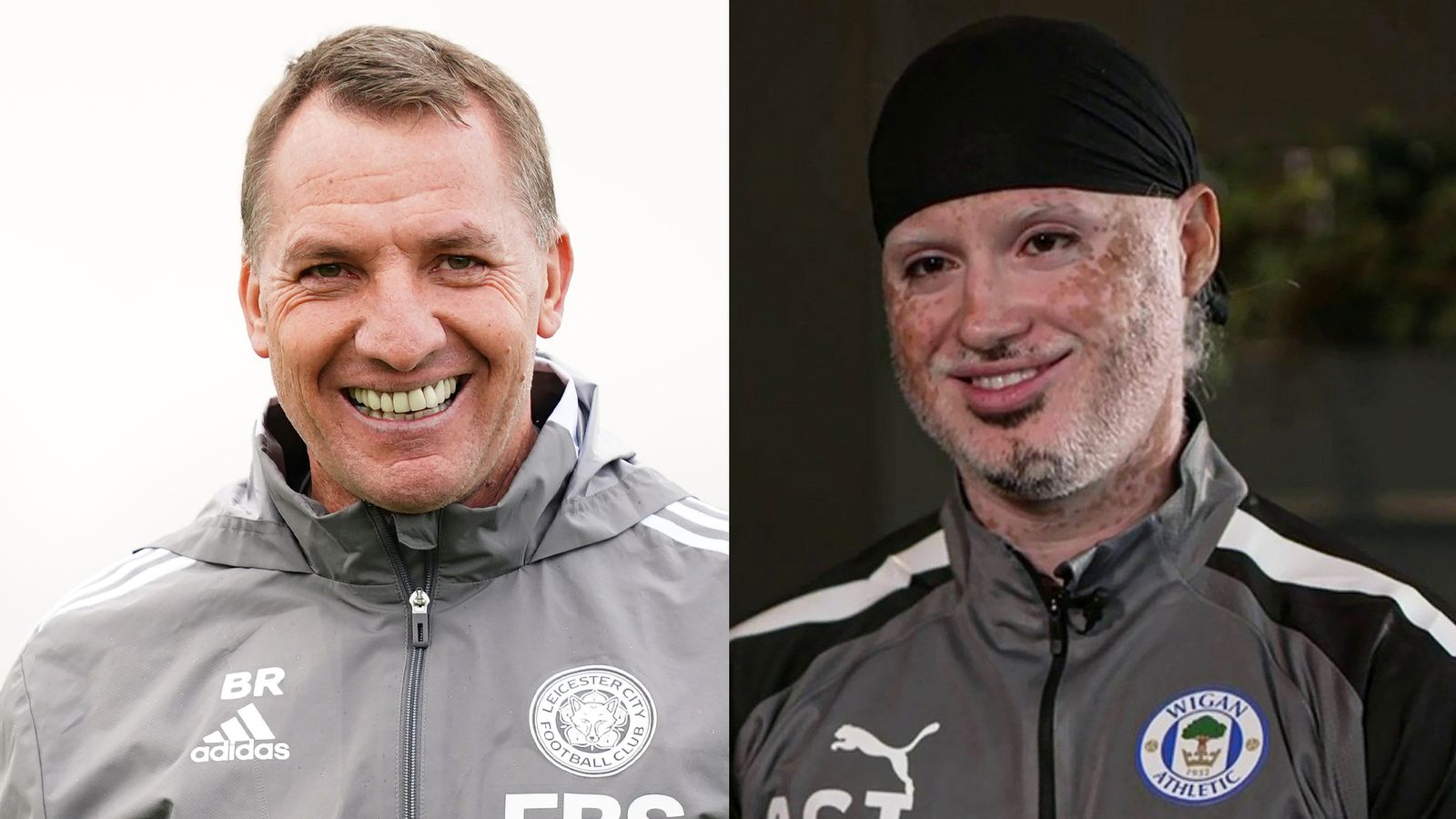 Singh Johal will become the first Sikh-Punjabi to take to the touchline in Sky Bet Championship history when he joins newly-appointed Wigan manager Kolo Toure in the away dugout at The Den on Saturday afternoon.

The Leicester-born coach spent almost a decade with the Foxes, working across the club’s development centers and community schemes, before progressing into a full-time employment at Leicester’s academy – where he worked with every elite age group right through to U18 level.

Rodgers has spent nearly four years as Leicester boss, and Singh Johal said the former Liverpool manager’s dedication and precise approach separates him from other coaches in the game.

“It’s been a real education to be around Brendan for the last few years,” Singh Johal told Sky Sports News.

“Brendan Rodgers is a top, top manager, he’s someone who is a great role model for young coaches working in the game now. He’s very, very organized, very detailed and he’s a very good people-person, so his relationships with players and with staff [are excellent]🇧🇷

“He’s very organized, and to see that level of detail at the highest level of the game is [mainly] what I took off him over the last few years.”

Toure followed Rodgers to Leicester from Celtic in 2016, and takes over a Wigan side that sit 22nd in the Sky Bet Championship, having lost 10 league matches this season.

Singh Johal explained his relationship with Toure has grown over the course of time, adding the Ivorian’s coaching staff are ready for the challenge and know they will be judged solely on results.

“I’ve known Kolo for a number of years now since he came in with Brendan Rodgers and his staff to Leicester City. And over those years, we’ve gotten to know each other a little bit more. [regularly] spoke about football, and we worked a little bit together, and now I’ve been given this opportunity to work with him here as part of his staff at Wigan Athletic.

“It’s going to be an exciting time, and thank you to the club for giving me the opportunity to come in as part of Kolo’s backroom staff. We’ve got to make sure now that the work every day on the training pitch and on a matchday helps the team improve and helps the team win games.”

Singh Johal is a product of hometown club GNG Leicester, who are linked to one of the city’s, and the country’s, most famous Sikh temples, Guru Nanak Gurdwara.

The Wigan first-team coach wears a traditional Sikh head covering called a patka, and is relishing the opportunity to inspire South Asian and Sikh-Punjabi children, who aspire towards a career in the game.

“I’m a Sikh, so my principles, the way I live my life, I follow a certain set of principles from the Sikh religion and that will not change whether I’m in football or not.

“Whether I’m in training sessions [or] in the dugout on a matchday, that’s who I am, that’s how I am and I think if that visibility provides inspiration to somebody watching then that can only be a positive thing.”

West Ham academy link mentor and former Leicester academy coach Rashid Abba, who has known Singh Johal since he was young, told sky sports news Earlier this week that the 27-year-old is “a wonderful role model”, adding that he has given hope to the next generation of coaches from diverse ethnic backgrounds.

Singh Johal said: “Thank you to Rashid for those kind words. Rashid is someone who I’ve known since I was four or five. He’s someone who has coached me at GNG, he’s been involved at Leicester City and now at West Ham.

“He’s a real legend of football, a top, top person, a top coach, a top coach educator. And it’s nice to hear those words from him.”

For more stories, features and videos, visit our groundbreaking South Asians in Football page on skysports.com and stay tuned to Sky Sports News and our Sky Sports digital platforms.