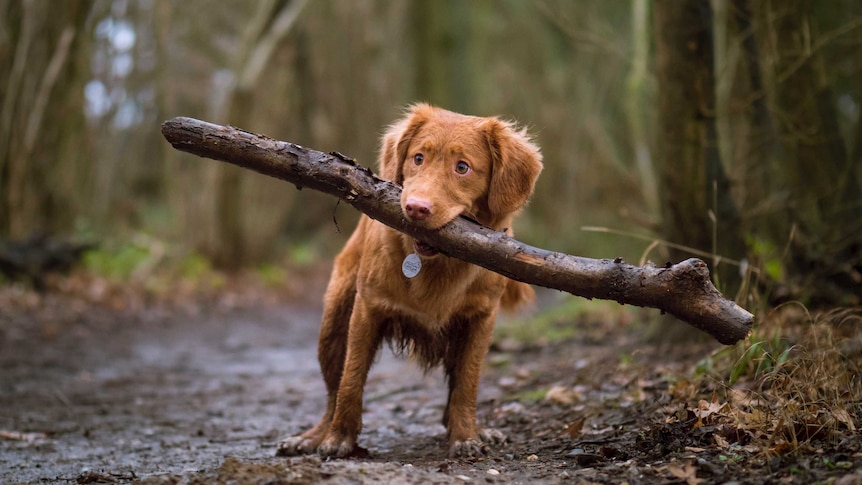 Scenic Rim residents are being told to carry sticks to protect themselves, their pets, and livestock from packs of wild dogs after a spate of attacks on domestic dogs.

Warning: This article contains images that some readers may find disturbing.

“They’ve just had them make them apart,” she said.

“Even children are potentially at risk.

“The potential is there, in all honesty, for that pack mentality to take livestock.”

Scenic Rim Mayor Greg Christensen said the council was unsure how many wild dogs there were in the region.

“That wild dog population, it ebbs and flows with the seasons and the availability of food,” he said.

“It’s been a good couple of years for dogs to be breeding up.

“We know that wild dogs breed in the national parks. They have a lot of space.”

“We believe the 1080 [sodium fluoroacetate] baiting program gives us the safest systemic approach to reducing those numbers and reducing that risk,” he said.

“Particularly as we come into this very strong time of year for breeding.

“We can hit it in September and get a very good break in the cycle to reduce numbers.”

Mr Christensen was also urging people to arm themselves when walking in remote areas.

“If you do go bushwalking or walking with a pet you should have a walking stick of some form with you, just to give you protection,” he said.

“A sick dog can be a danger and you certainly don’t want them to bite you.”

Residents are also being asked not to leave pet food outside because it can also attract wild dogs.

Ms Dalby said, based on sightings, the wild dog was unlikely to be a pure-bred dingo.

“Dingoes generally have a wider skull, wider muzzle, and larger, sharper canines, but to assess that as they’re running across the road in front of you is a little bit hard,” she said.

“There is certainly a dog here that is causing some concern for locals and it’s not looking very well.

“We have a massive wild dog problem in the area.”

Wild dogs on hunt for food

Canungra resident Steve Noy, who is also the Director of Biodiversity Australia, which controls pest species, said he was aware of the dog.

“He’s been here forever, at least 10 years I’ve been here and I’ve seen him every year,” he said.

“It’s winter, it gets harder to find food, he’s getting older too so he needs an easier feed.

“He’s walking around trying to find an easy feed.”

“If they do have an influence of a domestic breed that’s when you can get some serious problems happening and even human stalking,” he said.

“Typically the main problems around wild dogs and residents, especially in the peri-urban areas, is the wild dogs will predate on our little fluffy dogs.”