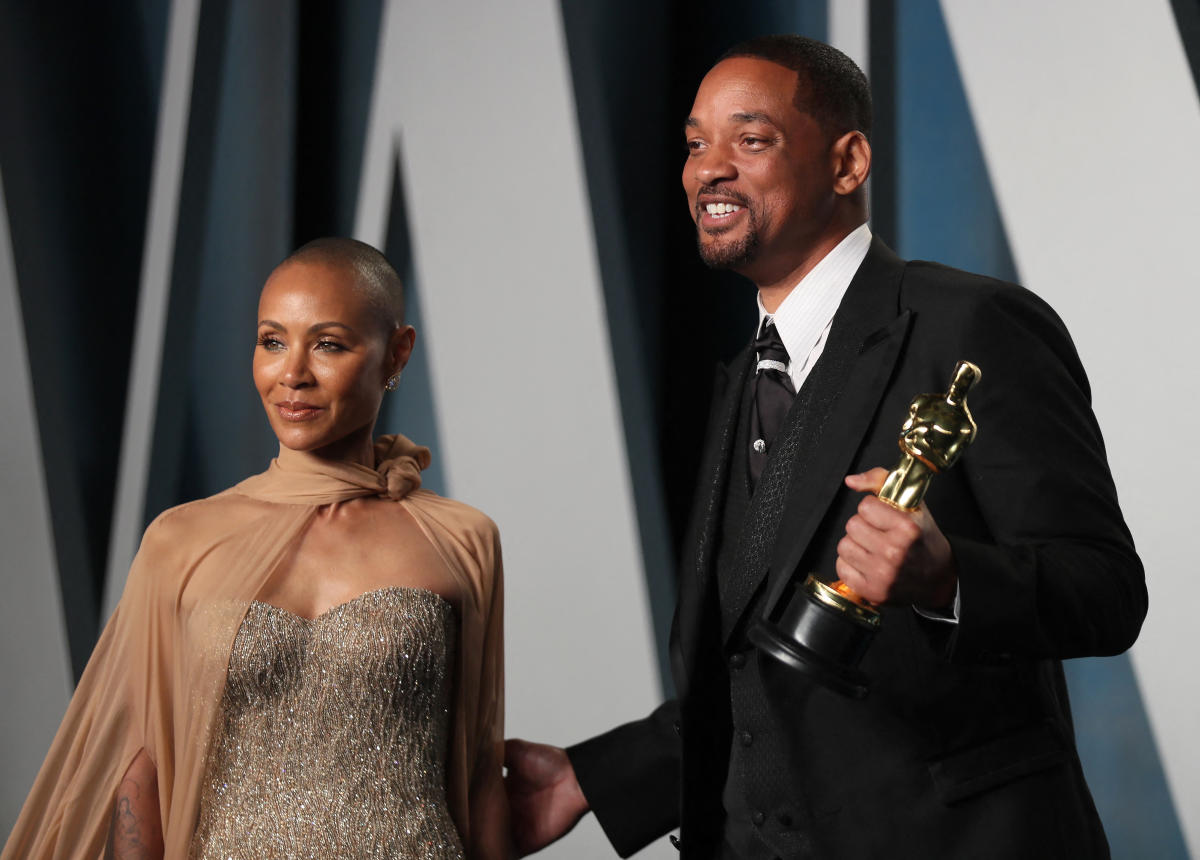 Will Smith is slowly emerging back into the spotlight. Over the weekend, the King Richard star and wife, Jada Pinkett Smith, were photographed at celebrity hotspot Nobu in Malibu, Calif. It’s the couple’s first public appearance together since they attended an Oscars afterparty on March 27, just hours after he slapped Chris Rock.

A new report claims Jada has been a “constant support” for her husband over the past four and a half months.

“Will is doing good. He spends a lot of time with Jada. He is very happy about her constant support. They are very close and back each other up. Family is everything to them,” a source tells people on Monday. Will feels like he “learned a lot in the past few months,” the insider adds.

On July 29, Will addressed the incident in a new video posted social media. He apologized directly to Rock and emphasized that Jada played no role in his outburst at the Oscars.

When Rock was on stage presenting the award for Best Documentary, he made an impromptu joke about Jada’s shaved head. (The Red Table Talk host suffers from alopecia, a hair loss condition. Rock was reportedly unaware of Jada’s diagnosis.) It looked like Will laughed at the joke at first as Jada sat next to him unamused. Some online speculated that the actor stormed the stage at her request.

“‘After Jada rolled her eyes, did she tell you to do something?’ No. I made a choice on my own from my own experiences, from my history with Chris, “Will told his fans dele. “Jada had nothing to do with it. I’m sorry, babe. Sorry to my kids and my family for the heat that I brought on all of us.”

Will called his behavior “unacceptable” and made a plea directly to Rock: “I’m here whenever you’re ready to talk.”

But it doesn’t sound like Rock is jumping at the chance at a sit down with the actor. After Will posted the video two weeks ago, a source told Entertainment Tonight“Chris has no plans to reach out to Will.”