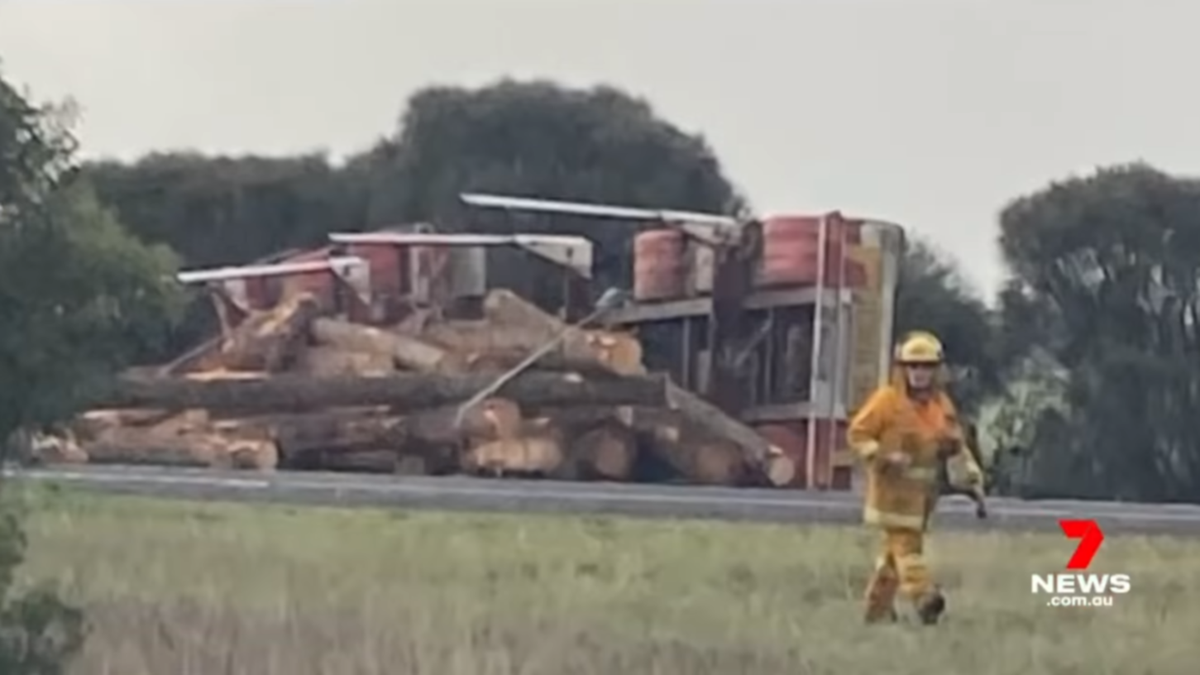 A woman has died and a young boy is fighting for life after a horror crash near the South Australia border.

SA Police said a logging truck and a car, with two adults and three children inside, collided near Wye, south of Mount Gambier about 12.30pm Friday.

The driver, a 36-year-old woman from Western Australia, died at the scene, while an eight-year-old boy sitting in the back seat received critical injuries.

A massive effort led to the boy being flown by helicopter to Mount Gambier before then being taken by fixed wing to Essedon, where he was again transferred to Royal Children’s Hospital Melbourne, where he remains in a critical condition.

The male passenger, 36, and two other children in the car, aged five and six years old, were all taken to the local hospital with minor injuries.

The 58-year-old male truck driver was not injured.

Police said the intersection at Donovans and Glenelg River roads is closed in all directions while major crash investigators examine the scene.

Drivers are urged to avoid the area.

‘He may have been armed’: Twist after man gunned down outside Melbourne home