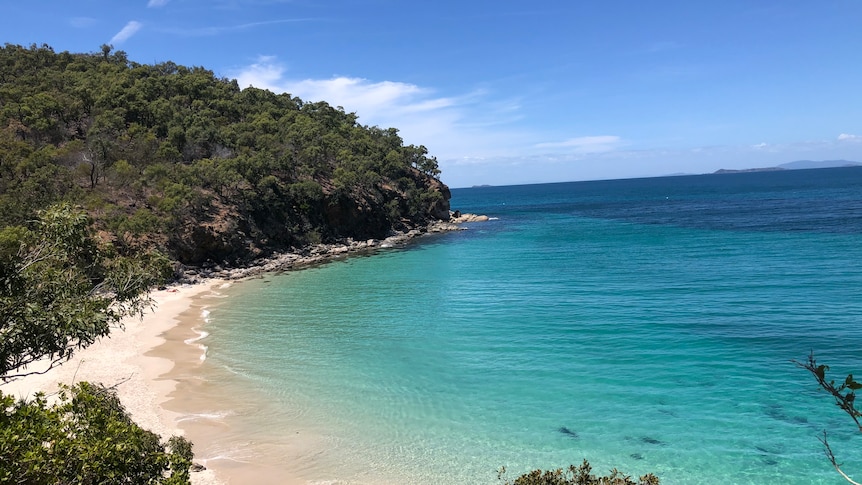 Australia’s richest person is the third in five years to abandon plans to redevelop the once-famous Woppa-Great Keppel Island, off the central coast of Queensland.

With Gina Rinehart’s deep pockets, there were high hopes among residents and tourism operators in the region that the mining magnate would be the one to pull off what others had so far failed to do.

But after an extensive review process into the feasibility of her company’s plans to build a world-class beach club, Hancock Prospecting has decided it cannot proceed with the project.

It begs the question: if the richest person in Australia cannot develop Great Keppel Island, then who can?

A revolving door of developers

State Member for Keppel Brittany Lauga said she was not sure what would happen now.

“We’ve had developer after developer, a revolving door come through looking to redevelop the islands, and each time it’s failed,” she said.

“If Gina Rinehart can’t develop Great Keppel, I’m not sure who can.”

She said developing an island presented far more challenges than building a resort on the mainland.

“I don’t think there’s anyone to blame here and Hancock is certainly not blaming anyone. It’s just a really difficult prospect of developing resorts on islands,” she said.

Ms Lauga said she was committed to the island’s revitalization and, if it could not be done through the private sector, the state government would have to reassess the options.

“If the market can’t make it work, then perhaps we need to look at different ways of the existing lease arrangements,” she said.

“We perhaps need to look at infrastructure.”

“[Gina Rinehart] had been very, very pleased with the level of involvement and commitment from all levels of government … it really just wasn’t viable,” Mr Ireland said.

“It certainly makes it challenging … If she can’t make it work … it’s going to be very difficult for anyone else to do.”

From party destination to decay

Decades ago, Woppa-Great Keppel Island was a party destination famous for its “get wrecked on Keppel” slogan in the 1980s.

But when the main resort closed in 2008 during the global financial crisis, ferries stopped being booked, and tourists stopped coming.

In 2012, Tower Holdings had a master plan approved to turn it into a $600-million development complete with golf courses, shops, accommodation, a casino and a marina.

But after numerous run-ins with the Queensland government over casino licenses and deadline lapses, that never eventuated.

Tower Holdings then demolished part of the decaying resort in 2018 and put it on the market.

In 2018, a Singaporean-Taiwanese investor initiated plans to buy the lease to the old resort, but that fell through in 2019.

After that, Sunshine Coast-based developers Altum Property Group signed a contract to take over the lease, but two years later, the state government found the company did not have the “financial capability to deliver the proposed development”.

“For resort accommodation to occur on Great Keppel Island, it needs three critical components,” she said.

“That is political leadership, competent bureaucracy, and development collaboration.

“So those three things have to go hand in hand before the stars can align.”

The land is owned by the Queensland government, and the resort lease is still owned by Tower Holdings.

Ms Carroll said the lease was incredibly complex, with 60 pages of conditions and many stakeholders involved in the development process.

“There’s been a history of developers looking at this and investigating, and Altum Property Groups came the closest,” she said.

“There’s development conditions on top of that, there’s many stakeholders.

“There’s three departments in the state government that are involved, and that’s the Department of Resources, the Department of Tourism, and the Office of the Coordinator-General. There’s interdepartmental politics. It’s a very, very complex project.

“Bureaucracy was certainly the biggest issue with Altum Property Group, I can say that.”

Ms Carroll said that given Tower Holdings and multiple others had failed with their development plans, the state government needed to take some responsibility for making progress on the island.

“So the state government really are the only ones that can resolve the issue, to look forward to a future of having result development on Great Keppel,” she said.

Ms Carroll said there was support from locals behind the idea of ​​splitting the 160-hectare lease into smaller lots.

“… Except when I suggested that to a recent, very high-ranking politician in Queensland, they said, ‘We’re not going to pay a cent.'”

Ms Carroll said she was just trying to offer “commercial, realistic opportunities where it could be a win-win” for all sides.

“That is one option,” she said.

“And there’s many other options, I believe, that are before us.”

The Department of State Development said in a statement yesterday it had started master planning of Great Keppel Island to identify the community vision for the island.

Mr Mercer said he supported the idea that the resort lease should be split up to allow more operators to work on the island.

“I’ve been involved in a couple of discussions at times, the idea of ​​that, so the Island is never at the mercy of one big operator,” Mr Mercer said.

“So there’s a lot of sense in having small leases and having four or five operators marketing Great Keppel Island.

Mayor Andy Ireland said it was time the state government made an overall strategic plan for the future of the island and local businesses.

He said a first step should be cleaning up the environmental damage caused by the abandoned, half-demolished old resort.

“A lot of the commentary we get from visitors coming to our region is they have been quite dismayed to see the level of environmental damage caused by that in the state of it.”

ABC Capricornia will deliver a wrap of the week’s news, stories and photos every Friday. sign up here