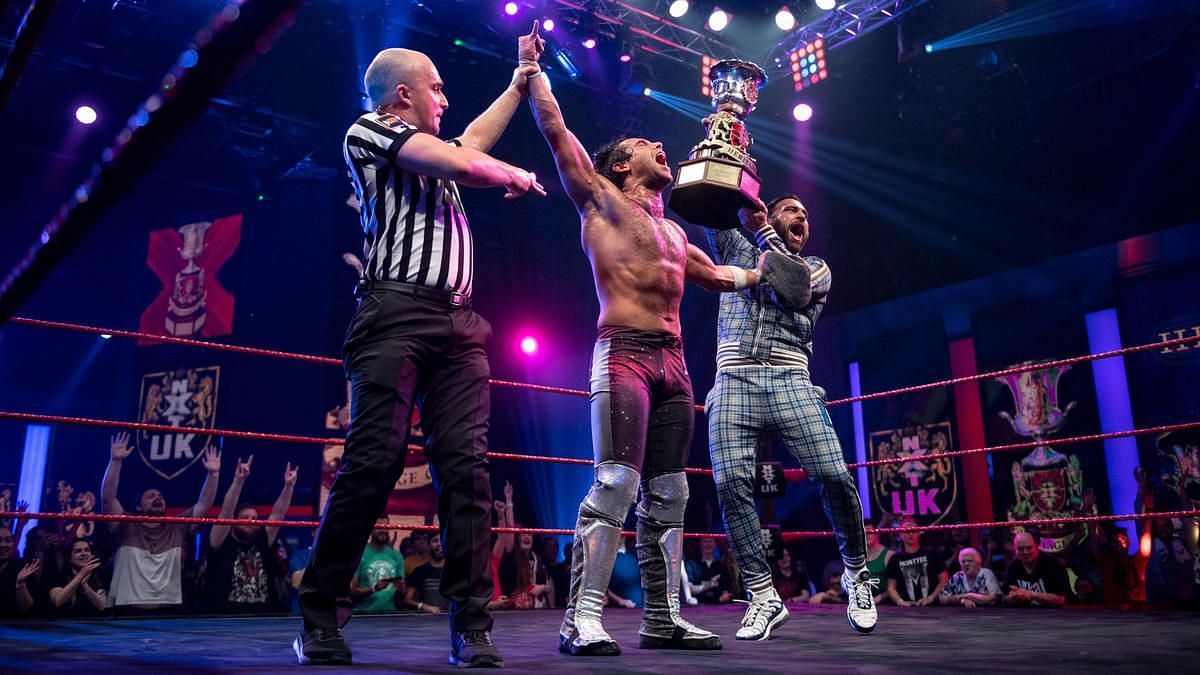 WWE may have put the NXT UK brand on pause, but the show went out in style. On the August 25 edition, during the penultimate episode, Noam Dar defeated Mark Coffey to regain the Heritage Cup.

With this victory, Dar became the only two-time winner of the prestigious Heritage Cup. The NXT UK Superstar is still employed with WWE, so one has to assume that the cup will be carried over to the newly-formed NXT Europe brand. He won the big victory with a Nova Roller.

Speaking to Sportskeeda Wrestling following the win, Noam Dar stated how he wished to carry the legacy of those that preceded him.

“I think for me, I have a real desire to stamp my legacy in Britain and the UK. And the Heritage Cup represents the lineage of wrestling in the UK. There’s many legends that [who] have cam before me all the way from the sixties. Seventies, eighties, nineties, really glamorized and made that style what it was. And I want to outdo all of those legends. Become a bigger legend than them.” [1:50 – 2:21]

Check out the entire conversation with Noam Dar by clicking on the video embedded below:

What could WWE have in store for Noam Dar?

There are only two real possibilities. Either Dar becomes a part of the NXT Europe brand in a massive way, or he goes over to the United States like his Gunther and Butch have colleagues.

Triple H is in charge of WWE in a creative capacity. He is a big student of the history of wrestling and a man who champions the independent style. As a result, the possibilities for both seem equally promising right now.

Bear in mind that Noam Dar survived the NXT UK cuts, so it is clear that the company had big plans for him going forward.

Where do you want to see Noam Dar next? Let us know in the comments.

Please link back to this article if you carry it in your publication. Also, don’t forget to embed the video.

A legend believes CM Punk should have gone to WWE and now AEW. Don’t believe us? click here