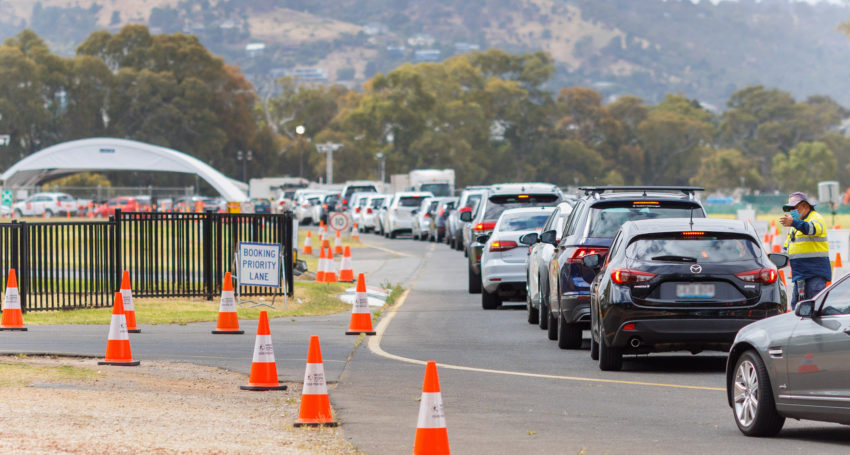 Commenting on the story: SA’s COVID testing chief steps down

I think Tom Dodd and his team at SA pathology have taken on the enormous task of supporting the state through Covid and the quality of testing and the speed with which they responded deserve high praise.

Thank you SA pathology for always being there. One of the truly great organizations of South Australia. – Greg Johansen

Commenting on the story: Gasworks site on agenda as Crows meet with Govt

Can the Crows proposal for the Gasworks site please finally be consigned to the scrapheap where it belongs?

There are numerous good reasons as to why it wasn’t selected over the much better MAB proposal. Most importantly, these include it not suiting the larger Bowden development and the “green space” it proposes primarily being just a large oval – of which there are plenty across the road in the parklands.

The successful MAB proposal provides much better utilization of the space, is more sympathetic to the gasworks themselves and includes far more useful year-round green space. It also further increases the residential population of Bowden and provides more much needed affordable housing through the component by the excellent Nightingale Housing.

If the State Government wants to create a better Adelaide, it’s critical it listens to urban planners and adheres to evidence-based planning concepts. As such, they should look to improve the green space we already have and develop a serious plan to better maintain the parklands, and make them more accessible and utilized by the public. This would be a much better use of government resources and something truly for the future for all South Australians. – Louis Rankin

Commenting on the opinion piece: Finding home in a land of increasingly crowded plains <

Rather than ask people whether they want population doubled, these two academics assumed its inevitability and gave survey participants options to choose the types of locations where that population might be located – satellite cities, inland cities and sea change cities.

At least as a consequence of people escaping the population pressures of Sydney and Melbourne, Adelaide will be full by then. So they suggest population could be relocated to the ‘satellite city’ of Gawler! I’ve got news for them: urban settlement/sprawl from Adelaide to Gawler is already continuous.

In their ‘Inland Cities’ proposal, Woomera is amongst those places due to an influence. the city? Woomera? With an average annual rainfall of 179mm and decreasing, summer temperatures already up to 48 and increasing?

Port Pirie becomes a ‘sea change’ city. Do they understand Port Pirie is located on a flood plain? And do they know of the predictions of sea-level rise associated with climate change?

About the only thing they got right is the acknowledgment of ‘considerable challenges’ to locate this flood of people.Had this been published on 1st April it would have been a good joke. – Sandra Kanck

Commenting on the story: Touch of the Fumbles: Curveball

So glad you’re back, missed you so much. Applies both to your article and the boys. – Aura Valli