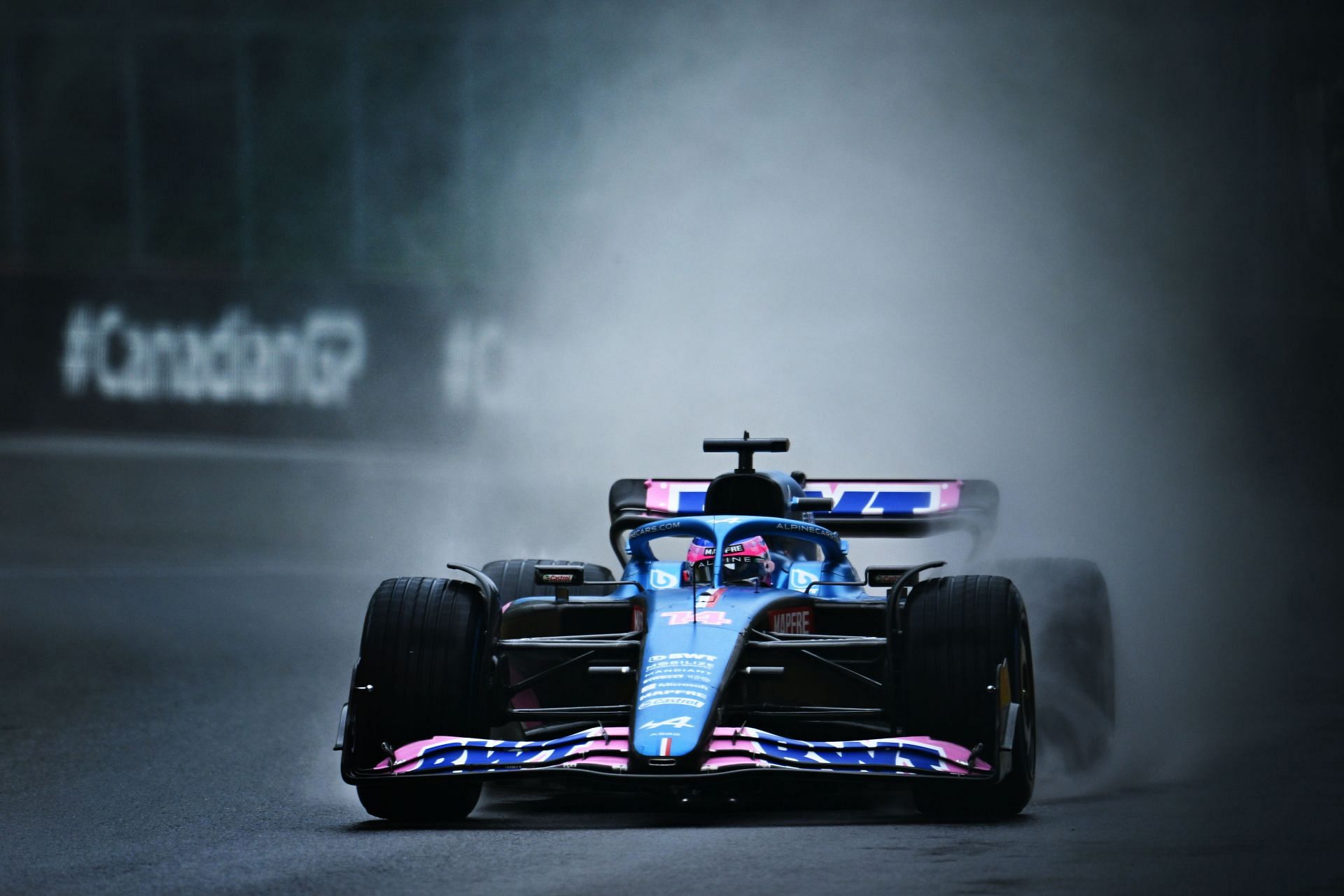 The third free practice session for the 2022 F1 Canadian GP greeted teams with torrential conditions and what followed was a trip down memory lane for fans. The legends of the F1 grid, Sebastian Vettel and Fernando Alonso, showed their class in difficult wet conditions as the two traded places at the top of the timesheets while the big players in Red Bull and Ferrari preferred to keep things safe by staying in the garage .

Although the race is expected to take place in sunny and dry conditions, there was a lot of running during FP3 considering the very high probability of a wet qualifying session that could shuffle the grid for Sunday’s race. The session ended with an Alpine 1-3 (surprise surprise!) with Alonso posting the fastest time of the session, 0.05s faster than what Vettel did in his Aston Martin, while Esteban Ocon was third with an improved lap near the end of the session. So let’s find out what we learned in a session marked by torrential conditions!

#1 If it stays wet, the grid could get jumbled for the main race

For the Canadian GP on Sunday, it is probably in its best interest that these conditions remain prevalent when qualifying begins. Max Verstappen will be hard to catch in the dry, and with Charles Leclerc already starting at the back, it could be a rather straightforward race for the Dutch driver.

If the conditions stay the same as in FP3, however, we could be looking at a scenario where the grid could get jumbled up big time, preceding an action-packed race. There are a lot of unanswered questions for the teams in these conditions and a good grid position will need a lot of things to work out. The 2022 F1 Canadian GP qualifying could be just the highlight session of the weekend.

The big players like Ferrari and Red Bull did not do as much running as expected, as they didn’t want to risk damaging their cars. From whatever limited running the cars have done, it appears that Ferrari has a distinct ability to fire up its tires faster than any other team. In the wet tire runs, Carlos Sainz went purple in S1 on his very first lap which did give away Ferrari’s hand as well. In these conditions, the Scarlet car might just be a standout.

On the other hand, Red Bull might have been a tad too conservative with its runs. Every time Max Verstappen went out, he did so for just one lap, and in almost all of those runs, the Red Bull did not look comfortable. Although it’s very little running to pass a judgment on, Red Bull might be slightly concerned by its speed in these conditions.

The highlight of the session (and maybe the season as well if nostalgia gives you the kicks) was two-time champion Fernando Alonso and four-time champion Sebastian Vettel trading fastest times at the top of the leaderboard.

While it would definitely be a surprise if either driver ends up at the top of the classification, both looked very comfortable in these treacherous conditions and are best placed to pounce should the opportunity arise.

Mercedes appears to be suffering from the “Big Team Syndrome” as the team’s mindset is still the same despite the car losing its usual competitiveness at the front of the grid. Consequently, Mercedes might just have missed its best opportunity at the 2022 F1 Canadian GP for a win this season.

The qualifying session for the 2022 F1 Canadian GP might have similar conditions to FP3. Yet, while Aston Martin and Alpine drivers were pounding laps around the track to gain any possible advantage, the Mercedes drivers were sitting in the garage. Right now, if Red Bull and Ferrari slip up, Aston Martin and Alpine have placed themselves in a situation to take advantage. Mercedes, on the other hand, missed a trick there.

#5 We might see a few bumps and spins in qualifying

The Canadian GP track is not the most forgiving in dry conditions. In the wet, however, it becomes something else. While during FP3, we didn’t see too many drivers spinning or crashing, this was primarily because they were not pushing as hard.

For the 2022 F1 Canadian GP qualifying, these drivers will push in treacherous conditions on a street circuit. Be prepared for a spin or two and the introduction of an odd red flag here and there.