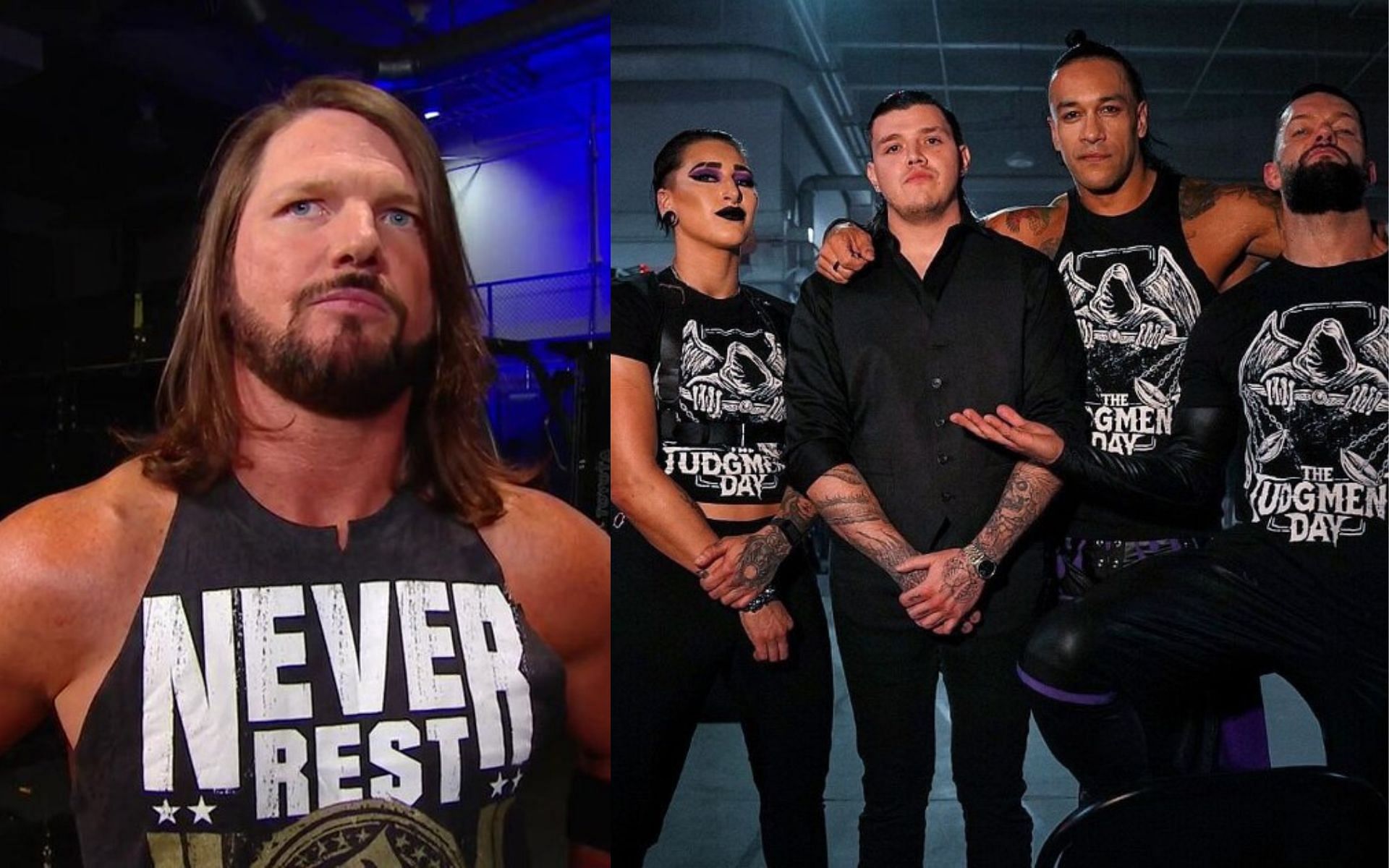 WWE has provided subtle hints of AJ Styles joining The Judgment Day on RAW. The potential inclusion could significantly increase the dominance of the heelish stable, which currently boasts four hardcore members.

The latest teaser involves Finn Balor approaching Styles backstage. After a heated altercation stemming from past betrayal, Balor claimed that the “offer still stands” for AJ. The Phenomenal One has been under the lens of The Judgment Day for a considerable amount of time now.

In this list, we will look at four ways AJ Styles could join The Judgment Day in WWE.

#4. The Judgment Day uses force to convince its target

The diplomatic handling of AJ Styles’ case may lead to nowhere for Finn Balor. He has time and again expressed his desire to include Styles in The Judgment Day, yet the veteran has shrugged off the offer on each occasion.

Balor may use a different tactic in the upcoming RAW shows. If Styles doesn’t understand it in a good way, The Judgment Day could revert to their heelish ambushes and displays of force. Edge’s absence has weakened Rey Mysterio significantly and his plans to save Styles from the attacks will be futile.

Rhea Ripley broke Dominik’s mindset after thorough beatdowns each week. It is only a matter of time before the same strategy is used on AJ Styles.

AJ’s solo run to glory has arguably become stale over the past few years. The former tag team champion could switch to his alliance mode, something that WWE usually prefers to do with the veteran.

The company could force a reunion between Styles and Balor as a team on WWE RAW. It will add another layer to the storyline involving the leading members of the Bullet Club. Balor claimed that he “never turned his back” on his former friend and he could prove the same by racking wins as a team. AJ’s potential change of heart will also be something that keeps the fans hooked.

Once the Bullet Club is reformed and incorporated into Judgment Day, AJ and Balor together could look forward to adding more members to the stable. They may even expand their dominion to SmackDown in the form of Liv Morgan.

The Phenomenal One has haunting memories of his previous WrestleMania matches. Edge defeated AJ Styles due to distractions from Damian Priest and Rhea Ripley. While The Rated-R Superstar briefly ruled RAW with The Judgment Day, AJ fell down the ranks on the roster.

The two-time champion never really bounced back after those losses. He vainly sought the help of Liv Morgan and Finn Balor. Now that his Bullet Club stablemate has ousted Edge, he could form his redemption story and join hands with Balor on RAW. Using the numbers game on his former rival will be the perfect revenge for AJ Styles.

WWE has hugely benefitted from a clash of veteran wrestlers in the past. Styles and Edge have the capability to put on good shows in grand stages and the company may capitalize on the same.

The Judgment Day has a history rife with betrayals and treachery. With Finn Balor’s forceful leadership takeover from Edge to Dominik turning on his father, the stable has formed on an ominously shaky foundation.

WWE could pull off another shocker before Extreme Rules. AJ will finally accept Finn Balor’s offer on WWE RAW, only for him to turn on his partner in the future and become the new leader. He could also challenge Balor to a match at the upcoming event to decide who will rule the Judgment Day. Expect the involvement of Damian Priest, Dominik Mysterio and Rhea Ripley as decisive factors in the bout.

The heel work of AJ Styles has been commended by fans and superstars alike. Even Damian Priest and Finn Balor showered praise for the same. The Phenomenal One is a natural leader and his potential inclusion of him in The Judgment Day will significantly boost the stable’s prestige.

Do you want to see AJ Styles join The Judgment Day? Give your thoughts in the comment section below.

Q. Who do you think will be better as leader of The Judgment Day?