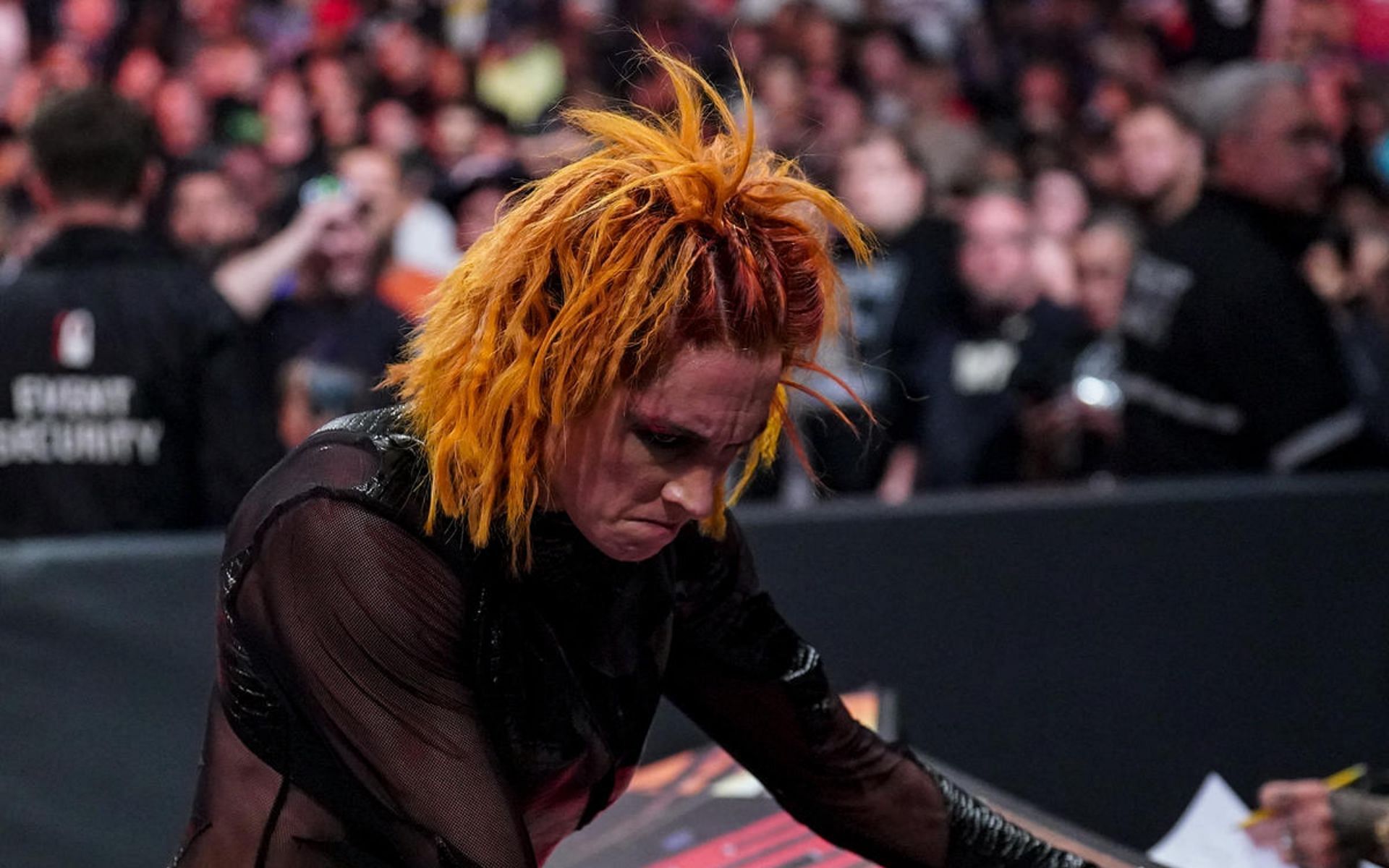 Lynch took to the ring for the show’s opening match, with her opponent Dana Brooke already in the ring. Before the match got underway, the 24/7 Championship chasing horde swarmed the ring, and Akira Tozawa was quickly pinned by Dana, who captured the 24/7 Title before her match with Lynch. This angered Lynch, who said that nobody was going to win titles in her matches her except her her. She warned the title chasers not to get involved and challenged Brooke for her newly won title.

Lynch began to dominate Brooke as the match got underway, but soon found herself distracted when Asuka’s music hit. As the Empress of Tomorrow swaggered into the ring, she had all of her Big Time Beck’s attention. The Japanese-born star soon got herself involved in the match, holding Lynch down as Brooke covered her for the win.

Lynch was irate as Dana ran away with her 24/7 Title. Asuka, however, looked on bemused.

It will be interesting to see how Becky Lynch responds to Asuka in the coming weeks. You can read more about her by clicking here.