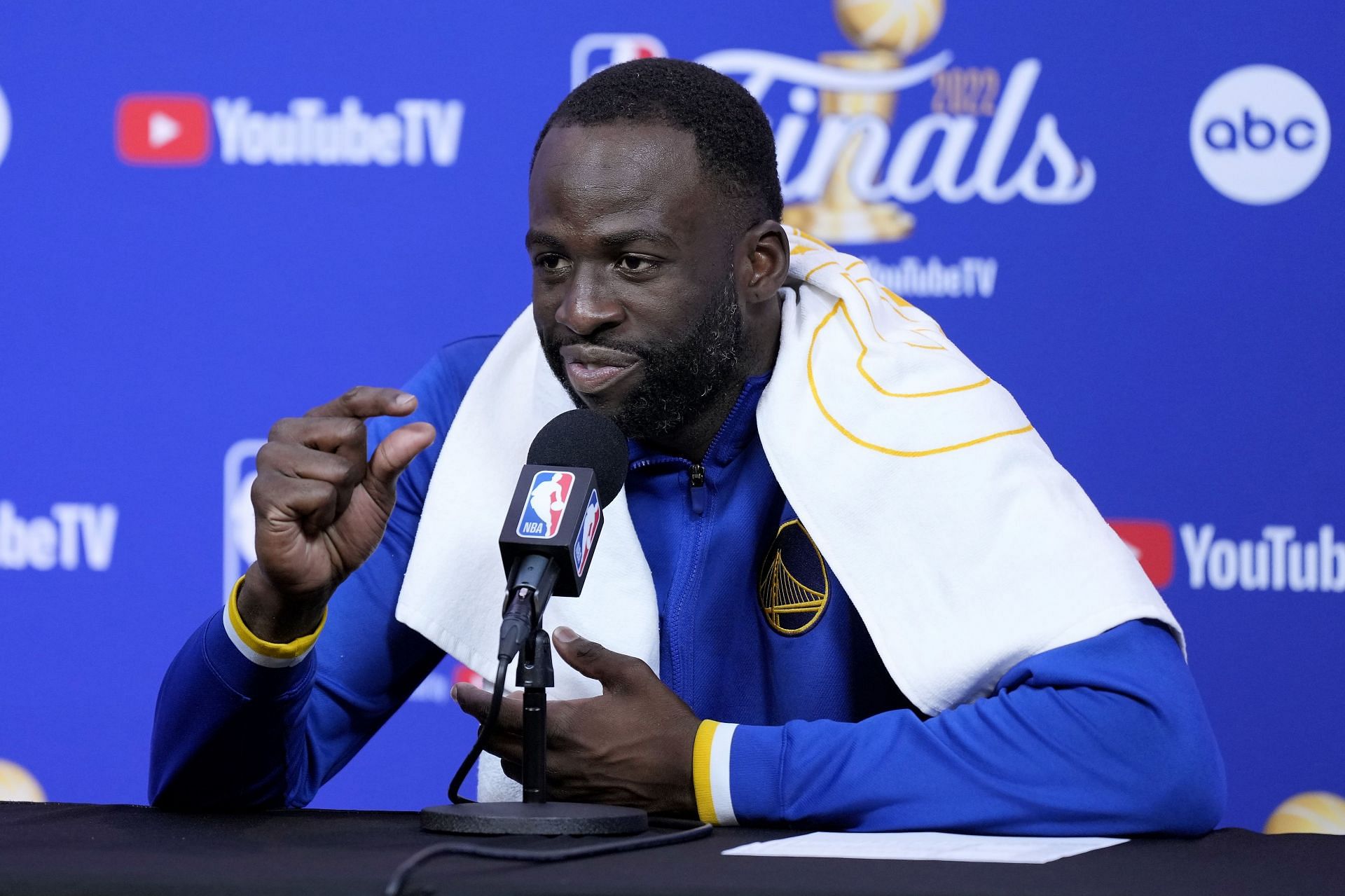 The Golden State Warriors could lose Draymond Green if his terms are not met. Warriors general manager Bob Myers has said that they would love to keep all their players, but some situations might be out of the organization’s hands.

Earlier in the offseason, Green said that he deserves a max contract, and teased that he could go play with LeBron James if his demands are not met. The 2016-17 Defensive Player of the Year has a player option for the 2023-24 season and would ideally want to sign a contract at the end of next season.

Green’s request has been met with mixed reactions. However, Steph Curry believes they are a package deal and will hope to see the big man stay with the team.

Myers said the Warriors might not meet up with everyone’s demands because of the salary cap situation:

“Can we get ’em all? I don’t know. It depends on what the money ends up being, when the ask is, what we can do. We are not at a point to make those decisions yet. Right now, we want all of them. The more I’ve been in this, the more I realize there’s no absolutes.”

After highlighting several scenarios regarding players and pointing out that it is always a negotiation, he continued:

“We want all of those guys. Can we get them all? I don’t know.”Bob Myers details the latest on potential Jordan Poole, Andrew Wiggins and Draymond Green contract extensions. https://t.co/0j9BqTXtZD

The Warriors have already lost a few key role players this offseason: Gary Payton II and Juan Toscano-Anderson. They are also unsure if Andre Iguodala will return to the fold as the 18-year veteran hasn’t made a decision yet.

Green’s statement stirred up the NBA community. Many believe he was worth it a few years ago, but don’t think he is now as a 32-year-old.

Chris Broussard urged the Warriors to hold on until the All-Star forward has only one year left on his contract. He believes that an extension should only be brought up if Green helps the Warriors win another championship.

“No way. You guys know, I was on here day after day defending Draymond Green against (analyst) Nick Wright’s crazy diminishment of Draymond Green, the future Hall of Famer. … I defended Draymond because I understand how valuable his intangibles and his leadership are to this team.He’s a key part of this dynasty.

“That said, there is no way that they should extend Draymond Green.”

After explaining that Green is not defined by his numbers, he continued:

“But he’s got two years left on his contract. He’s 32 years old, and we know he’s coming off three seasons in which he’s not played more than 50 games but once. None of that leads you to think you should extend him.

“If Draymond comes out and has some tremendous, surprising bounceback year, and they win another championship, then we can start talking and thinking about that. But right now, absolutely not.”

“If Draymond [Green] comes out and has some tremendous, surprising bounce back year, and [the Warriors] win another championship, then we can start talking and thinking about [a contract extension]. But right now, absolutely not.”

“If Draymond [Green] comes out and has some tremendous, surprising bounce back year, and [the Warriors] win another championship, then we can start talking and thinking about [a contract extension]. But right now, absolutely not.”— Chris Broussardhttps://t.co/YHPhlFhFQB

The Warriors are currently the favorites to win the 2023 title. They will start their season on Oct. 18 with an opening game against the LA Lakers.