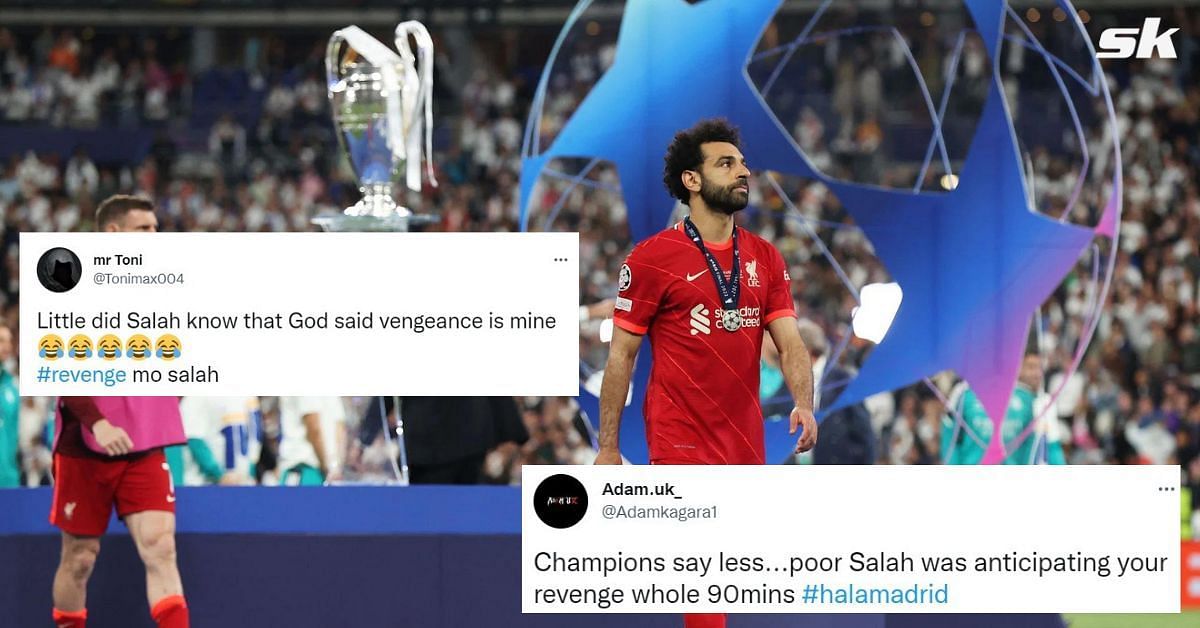 The Egyptian sought revenge for the Reds’ 2018 loss to Los Blancos, but his words spectacularly backfired on him. Vinicius Junior was the difference maker for the Spanish champions as they won 1-0 to lift a record-extending 14th title in the competition.

Much of the build-up to the Paris showpiece was about the Reds trying to extract revenge for their defeat in Kiev four years ago. Salah, in particular, hyped up the occasion with bullish social media posts, saying the Reds were ‘not done yet‘ after wrapping up their Premier League season last campaign. He added that the Reds had a’score to settle‘.

The 29-year-old looked like a man on a mission during an impressive first half from the Merseysiders, drawing a wonderful save from Thibaut Courtois.

Although he lost some of the momentum after the break, he dispatched another effort from close range, but once again, Courtois was on hand to deflect it over. Despite his best efforts, Salah was not able to guide his team to a win, ending up on the losing side in another Champions League final against Real Madrid.

Rival fans had a gala time mocking the Liverpool star for his revenge claims, taunting him that winners ‘speak less’ and that he must approach the game quietly next time.

Extract Revenge silently, if you must speak, hold your piece until after the said revenge has been taken #UCLfinal

Extract Revenge silently, if you must speak, hold your piece until after the said revenge has been taken #UCLfinal

Salah wanted revenge…. Did he even arrive at the stadium 😂🤔🤔😂😂

Mohamed Salah was among the favorites for the 2022 Ballon d’Or following another prolific campaign, both individually and collectively. The Champions League final brought him face-to-face with his closest rival Karim Benzema, who was the odds-on favorite to win the prestigious accolade.

Benzema has enjoyed a terrific campaign on all fronts, but after winning the title in Paris, the Frenchman might have just ended his Liverpool counterpart’s hopes.

The competition has always had a big role to play in deciding the Golden Ball winner, and after winning it tonight, Benzema might have one hand on the trophy.

He may not have scored in the finalm but the striker ended the season with 44 goals and 15 assists from 46 games and three titles in the bag, including a league and European Cup double.