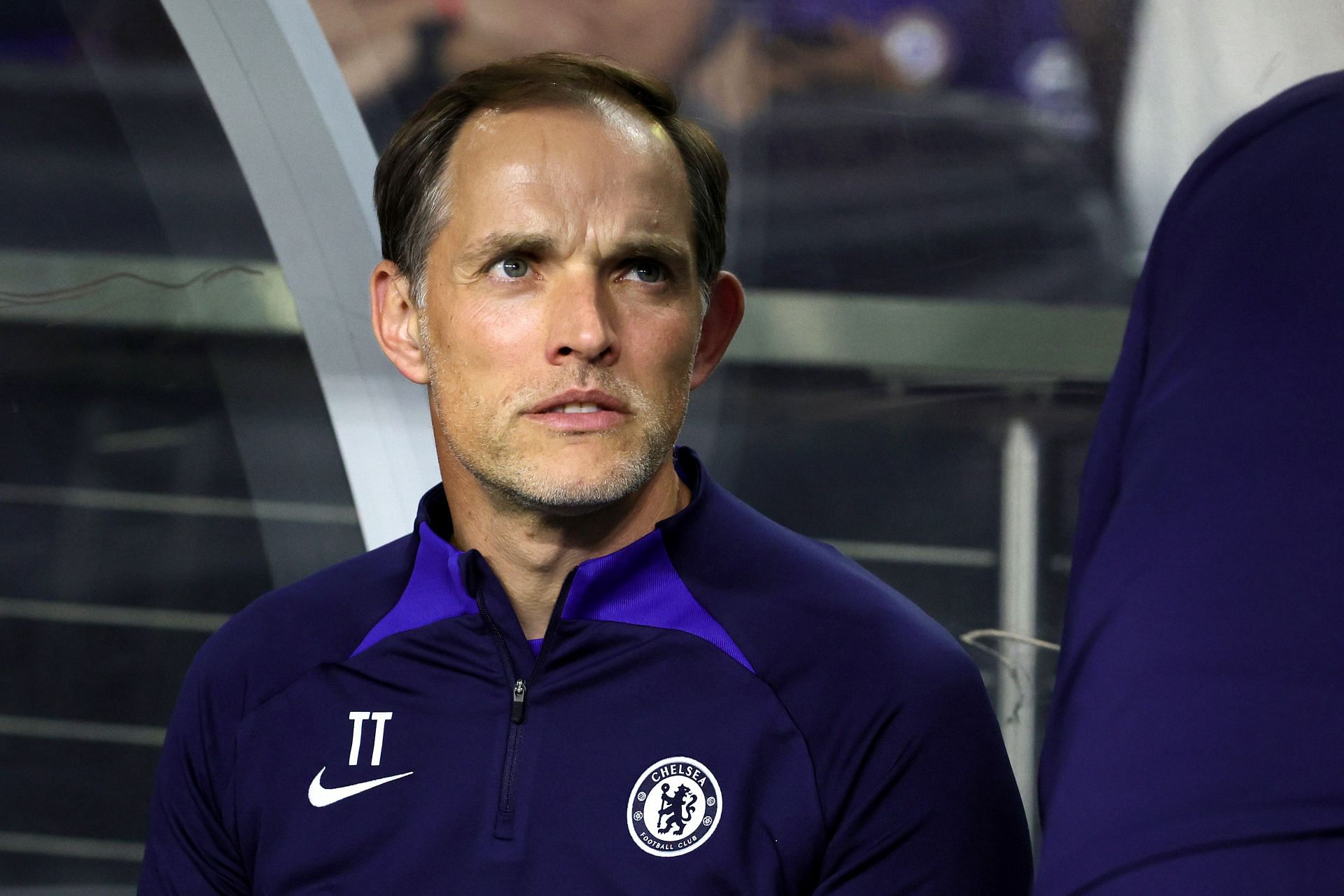 Chelsea played out an entertaining 2-2 draw with Tottenham Hotspur in the Premier League at Stamford Bridge on Sunday. The Blues went ahead twice through Kalidou Koulibaly and Reece James, but Spurs responded through Pierre-Emile Kordt Hojbjerg and an injury-time Harry Kane strike.

The Gabon international only joined the Blaugrana in January this year but is already being linked with a move to Chelsea. The Blues want a world-class number nine this summer, and Tuchel is planning a reunion with his former player.

Pues looks like there is Aubameyang case. @gerardromero inform of a cumbre this media.

in @relief We tell you that the price of exit is 25M, which Chelsea will NOT arrive. En fijos, maximum over the mitad.

Auba, I am willing to leave if I satisfy my conditions

Pues looks like there is Aubameyang case. @gerardromero inform of a cumbre este mediodía.En @relief We tell you that the price of exit is 25M, which Chelsea will NOT arrive. En fijos, maximum sobre la mitad.Auba, I’m willing to leave if you satisfy your conditions 💰.

However, Chelsea are unlikely to meet Barcelona’s valuation of the 33-year-old and are only willing to pay half the asking price. Aubameyang is ready to move to Stamford Bridge if the financial aspects of the deal are favourable.

Thomas Tuchel feels he’s also to blame for Romelu Lukaku’s struggles at Chelsea. The Belgian striker arrived at Stamford Bridge last summer but failed to live up to expectations.

Lukaku has secured a move back to Inter Milan this summer on loan. Speaking recently, Tuchel said that he wanted the Belgian to stay at the club.

“I think we should all be honest that it was disappointing. And for my performance…I’m far away from pointing the finger at Romelu. He is disappointed. I was disappointed. Of course, it is on me to find a structure and to build an environment, to make the player confident and to bring the very best out of him. This is why I am here, I’m serving the players, not the other way around,” said Tuchel.

“I did not succeed, which does not make me happy. I was ready to give it another try, Romelu decided differently and expressed his wish to go back. The owners decided to agree to his wish, so we need to find new solutions. “

Tuchel managed to add Raheem Sterling to his squad this summer, and the Englishman has adjusted well to life in London. The German manager went on to lavish praise on Sterling.

“He brings intensity, repetitive intensity, a very humble approach to his game. He finds speed; he finds work rate. We saw this against Everton; it was a very close game, not the most physical game, but he found his work rate, his acceleration, his deceleration, his sprints, his little dribbles. He’s a huge player for us; he’s a huge player for England. I’m happy,” said Tuchel.

Cesar Azpilicueta says he has always felt welcome at Stamford Bridge. The Spanish full-back recently completed a very successful decade at Chelsea and has now opted to extend his stay in London.

Speaking to the club’s website, the Blues captain said that his desire to push every day has been key to his longevity.

“I never look too far ahead, to be fair. When I first arrived in 2012, I couldn’t imagine that I could live this period that I’ve had until now. The years go so quick, so fast. It seems like yesterday when I first walked in the building and here I am now,” said Azpilicueta.

“It is about pushing every day, going for everything and fighting to compete and to win trophies. The aim of the club is always to compete. We have an amazing training ground and Stamford Bridge. We love being here, and I’ve felt really welcome since the first day here.”

Cesar Azpilicueta started from the bench against Tottenham Hotspur on Sunday, replacing Jorginho in the 73rd minute.