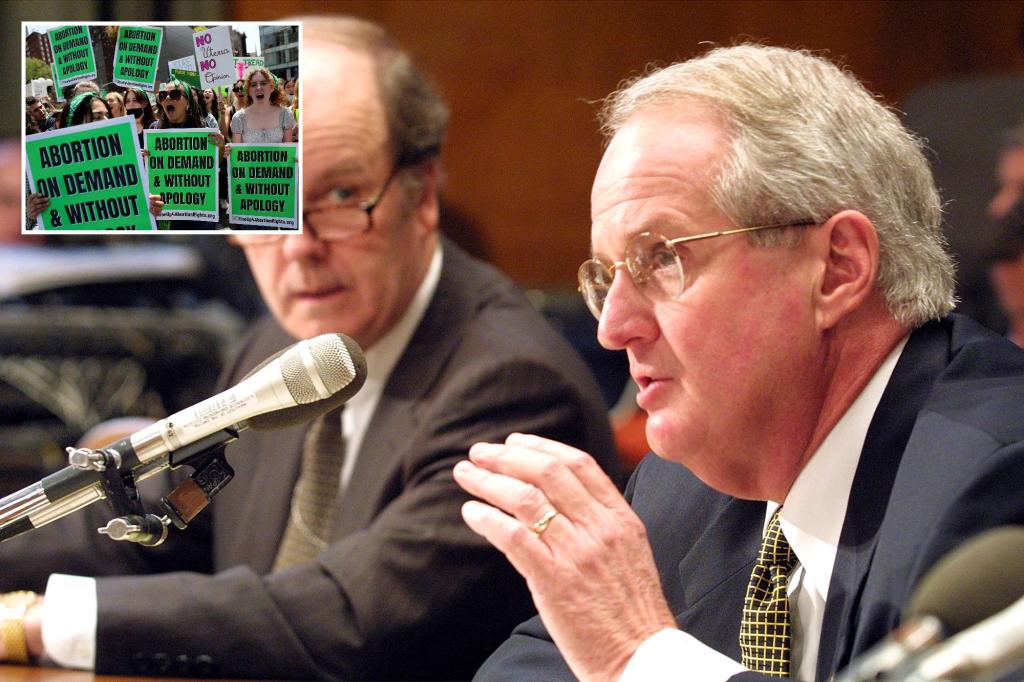 Jim Ziglar, now 76, ripped the leak as a “travesty” and “disgrace,” and believes it likely came from an activist clerk with access to Justice Samuel Alito’s draft opinion.

“Whoever did this … I hope the son of a bitch gets disbarred for life and nobody will hire him,” Ziglar said.

Ziglar, who clerked for Blackmun during the historic 1972 term, has had a lengthy and colorful career in the 50 years following the decision.

He worked as a practicing lawyer and investment banker, and served as an Assistant Secretary of the Interior under President Reagan, Commissioner of the Immigration and Naturalization Services under George W. Bush and Sergeant of Arms of the US Senate.

Ziglar declined to offer his thoughts on the Alito draft, but said the original decision in Roe had always left him uneasy.

The former clerk used specifically zeroed in on Justice Blackmun’s use of the legal doctrine of Substantive Due Process, which Blackmun to assert a right to privacy which guaranteed a woman’s right to abortion. The theory holds that the Constitution protects certain fundamental rights — such as privacy — even if they are not expressly mentioned in the founding document.

“The use of Substantive Due Process to reach this result in Roe was probably not advisable,” he said. “My view on Roe was that I would have decided it differently on a different basis.”

“It’s a constitutional stew. It’s completely made up judicial activism,” said Mike Davis, the former Chief Counsel for Nominations Sen. Chuck Grassley. “Roe V. Wade was an egregiously wrong power grab, regardless of what you think about abortion.”

Ziglar stressed he remained supportive of the overall ruling in Roe, noting he was far from alone among its defenders to have misgivings.

In many public remarks, Ginsburg argued an incremental approach to abortion rights would have been preferable and that the sweeping ruling in Roe ultimately ended up fueling divisions around the issue.