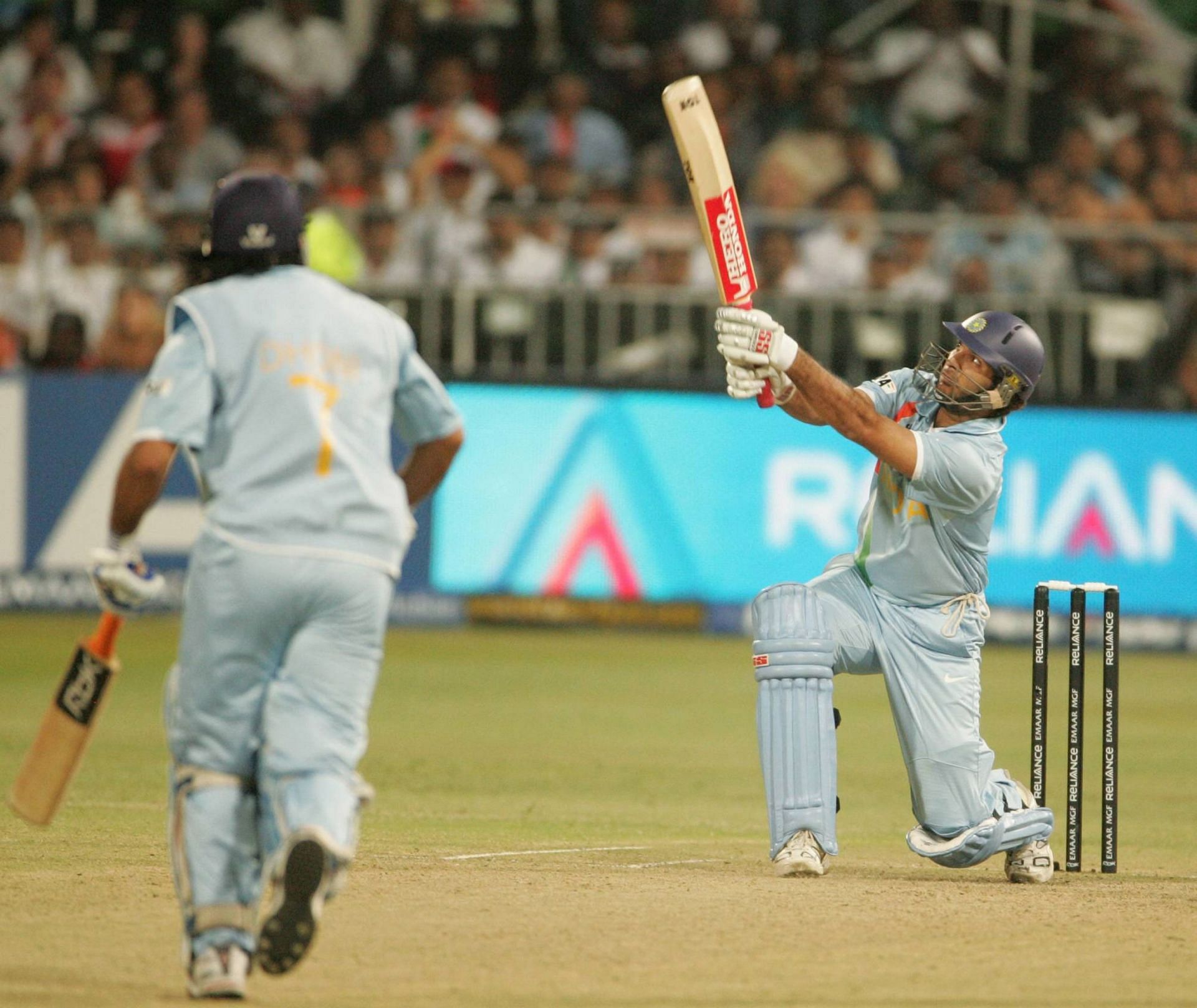 One of the most stylish batters of all time, Yuvraj Singh found the perfect partner to relive his famous six sixes during the inaugural T20 World Cup on the 15th anniversary of that historic day.

In a video shared on his Twitter and Instagram handles, Yuvraj was seen relieving the special knock in Durban along with his infant son Orion Keech Singh, who was sitting on his lap.

“Couldn’t have found a better partner to watch this together with after 15 years,” Yuvraj captioned the post.

The six sixes remain one of the most iconic moments in the history of Indian cricket. Just before hitting those sixes, Yuvraj had an argument with English all-rounder Andrew Flintoff. A young Stuart Broad was left to face the brunt.

The historic over from Stuart Broad

Yuvraj started the over with a slog over deep midwicket before nonchalantly flicking the next one over deep fine leg. It was an exhibition of strokeplay as he kept finding different spots around the ground.

The third ball of the over went sailing over the Widish long-off fence, while the fourth one was carved away over backward point. He finished the over with two trademark slog sweeps which sailed over the square leg and the wide-on boundary, respectively.

His half-century came in just a mere 12 deliveries, which still remains the fastest T20I half-century. Yuvraj looked in sublime touch during the World Cup. After creating history against England, it was the Australia’s turn to witness another Yuvraj Singh masterclass in the semi-final.

Another Yuvraj Singh masterclass in semi-final

Yuvraj scored a match-winning 70 off 30 deliveries against Australia and treated the delirious Durban crowd to some electrifying strokeplay. His knock dele included a 119m six off Brett Lee which was just flicked off his hips and carried deep into the crowd. He plundered the Aussie attack all around the park as they couldn’t find an answer to his onslaught of him.

He didn’t contribute much in the final but India managed to get past arch-rivals Pakistan in a nerve-wracking thriller. Till date, the 2007 World Cup win remains India’s only world title in this format.

The eighth edition of the T20 World Cup will be played in Australia between October 16-November 13, 2022.