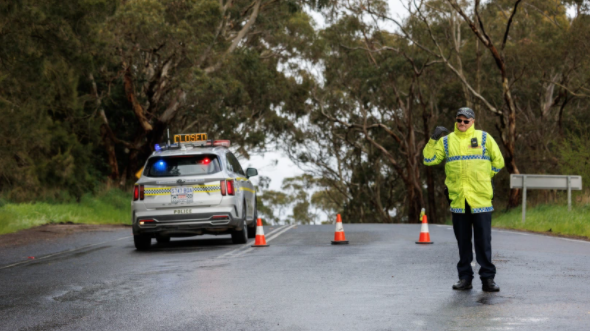 State Emergency Service crews have built a spillway and brought in four pumps to empty water from the failing dam, situated on private land between Marianna Street and Church Hill Road.

“We now have the capacity to extract approximately 12,000 liters of water per minute using a number of pumps and using the stormwater drains of the Echunga township to disperse the excess water,” SES spokesman Graeme Wynwood said.

On Wednesday afternoon, SES incident controller Craig Brassington said the pumps are dropping the water level in the dam at about 70-80mm each hour.

“Based on those figures to bring it down to a safe level we’ll still be pumping till about four o clock tomorrow,” Brassington said.

“If we’re still getting more slippage the dam could still blow out, but at this stage we’re taking as much water out as we can and the risk starts dropping.”

He also said some Echunga locals 14 properties in the path of potential floodwaters are refusing to leave their homes and have been doorknocked by SES and SA Police warning them of the risks.

“Water would probably travel down from that dam to where it would be blocked up and go into residents properties probably within 30 seconds.”

30 residents will need to be housed by authorities overnight.

The SES said earlier today that it was believed the dam held between nine and 10 megalitres of water – equivalent to up to 10,000 tonnes weight – and said a worst-case scenario could see up to 40 properties in the town hit by water.

“This is an unfolding situation and operation incident and I urge everyone to rely on trusted information and alerts from the SES and from SAPOL,” he said.

“I’m advised that this will be continually managed across the next 24 to 48 hours and emergency warnings will be updated contemporaneously with changing threat levels.” 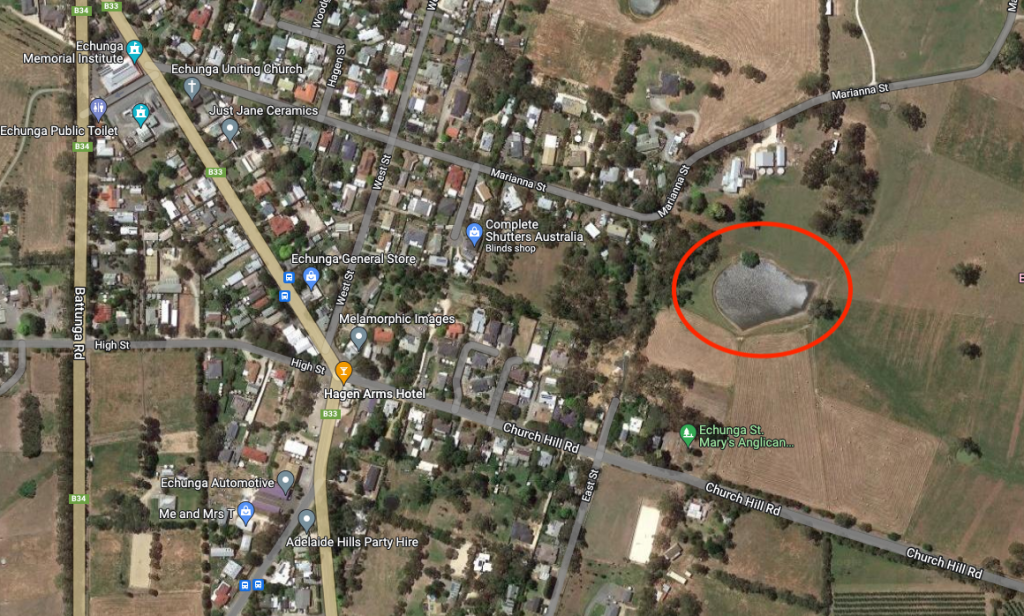 An aerial shot of the failing dam which is threatening Echunga. Image: Google Maps

The SES hopes that lowering the dam’s water level will reduce pressure on the weakened wall.

A community briefing was held at the recreation ground at 3:30pm where evacuated community members were told they will not be able to return home this evening.

Arrangements for emergency accommodation are being made at the recreation ground.

“At this stage people are not being allowed back into their home until we are confident the threat has passed,” Wynwood said.

This is the dam which has partially collapsed and is threatening the town of Echunga. SES crews are working to drain the 10 megalitres of water it holds before the dam wall bursts. Residents below have been evacuated. @10NewsFirstAdl pic.twitter.com/UjWhR2aA1b

SES crews worked overnight to mitigate the flooding threat after the dam’s owner notified authorities about the dam wall’s failure around 2.30pm on Tuesday.

The SES initially issued a “Watch and Act” message for Echunga last night but upgraded that to a Flood Emergency Warning this morning.