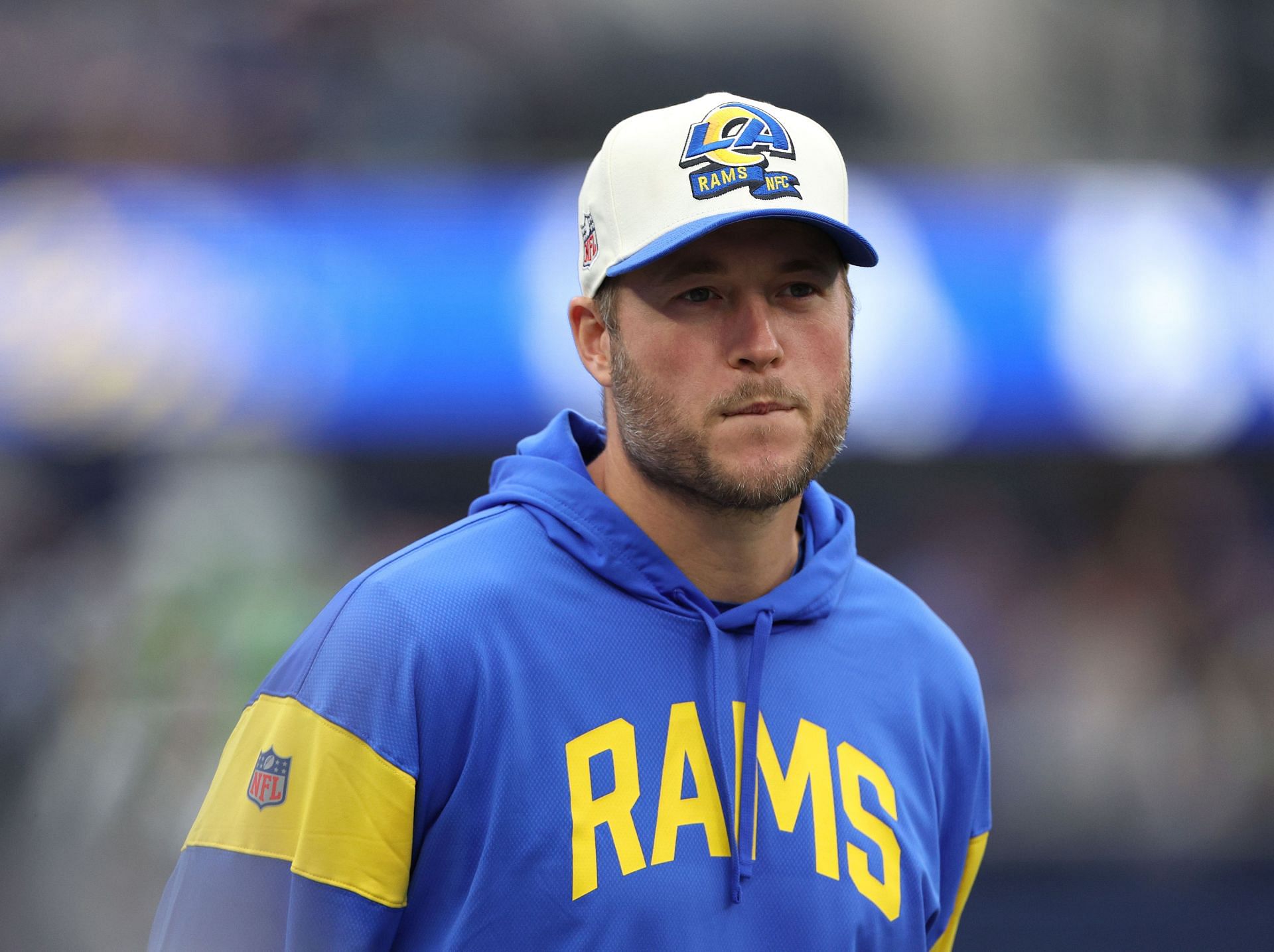 Los Angeles Rams quarterback Matthew Stafford is facing an uncertain future in the NFL. The Super Bowl champion hasn’t featured for the Rams since their Week 11 loss to the New Orleans Saints.

Head coach Sean McVay placed the quarterback on injured reserve, likely ending his 2022 season. The injury had been somewhat of a mystery. McVay told reporters after Sunday’s Seattle game that Stafford has a spinal contusion.

Given the nature of the quarterback position and the constant hits players take, having a spinal cord injury is less than ideal. doctor David Chao, for one, is concerned about Stafford’s long-term health. In a video on his YouTube channel, he detailed that the quarterback and his family have a choice-get surgery to correct it, or retire:

“It seems Matthew Stafford and his family will have a choice this offseason. Either do something to correct the risk of further spinal cord contusion and potential permanent damage, usually with a neck surgery, fusion surgery, decompression surgery of some kind, which you can return to play. Or you can decide to hang it up after 14 seasons and a Super Bowl ring.”

Many thought the quarterback was dealing with a concussion, but it’s clearly his spinal cord. As Chao stated in his video of it, that is not something to mess around with. The offseason looks to be a rather big one for the Rams number nine.

Going by Chao’s comments, there could be a real possibility that the 34-year-old hangs up the cleats at season’s end. While not ruled out for the entire year, when it comes to injuries to the spine, extreme caution must be taken.

Looking at the quarterback’s career, there isn’t really any need for him to continue in the face of that type of injury. He has played for 14 years in the NFL and has his Super Bowl ring. There is nothing left for him to prove to anyone, so maybe calling it quits to focus on his health for him is n’t the worst idea.

Former Carolina Panthers star Luke Kuechly did something similar and retired in 2020, being just over 30 years old as he prioritized his health over football. Given the gravity of Stafford’s situation, perhaps he should do the same.

If you use any of the above quotes, please credit David Chao and H/T Sportskeeda.