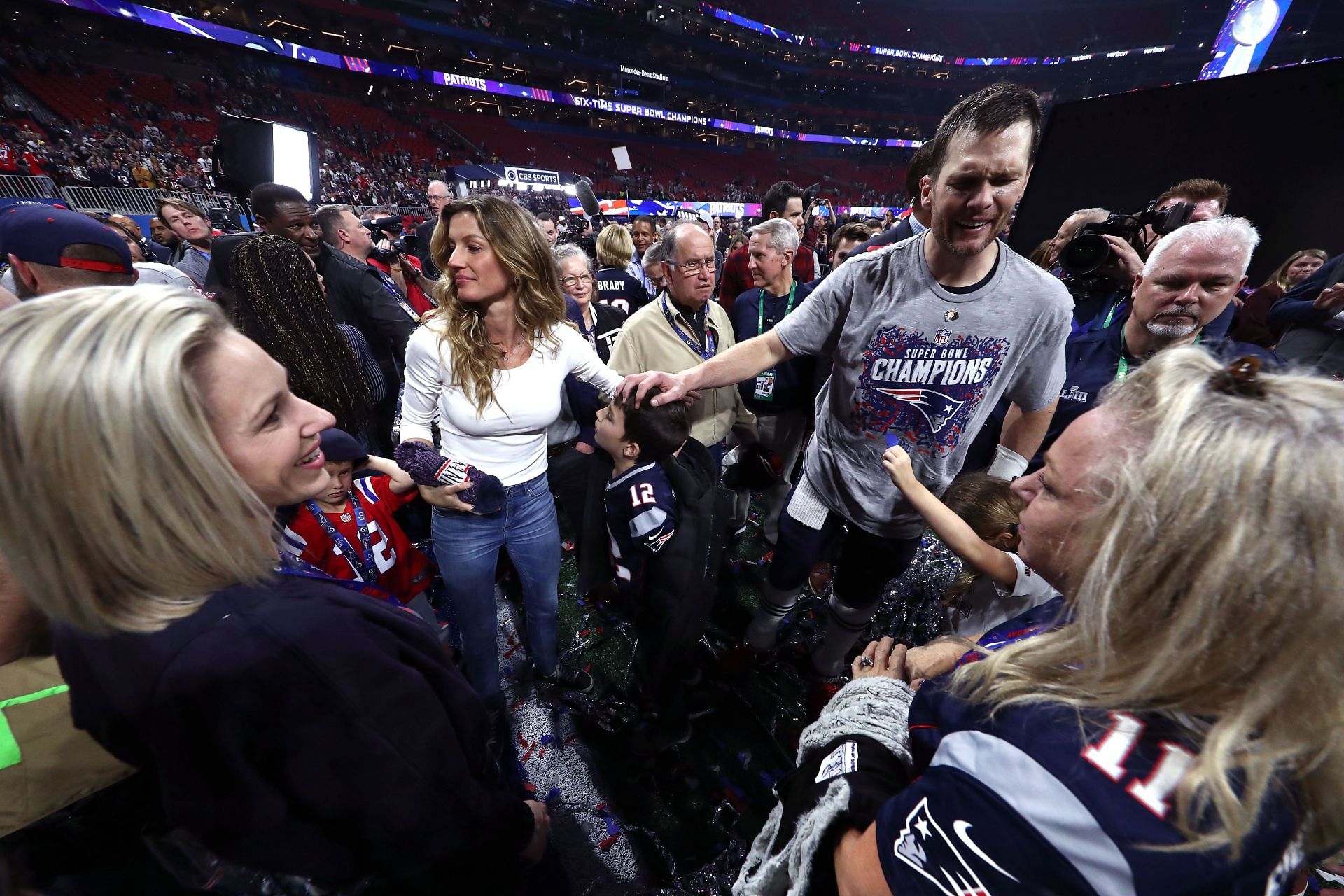 Tom Brady has a lot of stuff going on. In addition to the Tampa Bay Buccaneers getting off to a 2-0 start despite a bevy of injuries to their team, speculation continues to grow about the quarterback’s personal life. After taking 11 days off during training camp for personal reasons, rumors sprouted regarding the state of his marriage from him to Gisele Bündchen. In an interview from 2017, the Brazilian supermodel emphasized that she would always have her husband’s back on her when it comes to his NFL career.

What’s funny is when you say “Prime Tom Brady”, you could be talking about any year between 2001 and 2022

The mans prime is old enough to buy alcohol.

What’s funny is when you say “Prime Tom Brady”, you could be talking about any year between 2001 and 2022 The mans prime is old enough to buy alcohol.

She stated in the interview that despite the violent sport of football, she would nevertheless support Brady’s choices:

“He’s not, like, he’s playing tennis, right? He’s playing football. It’s a contact (sport) and a very aggressive sport. But he knows I will always – I will always support him. And I want him to be happy. And if that makes him happy, and he loves to do that, then I’m always gonna support him like (I) always have. So I want him to be happy and fulfilled.”

After 13 years of marriage, it’s natural for couples to go through ups and downs. For Brady and Bündchen, it’s no different as she reportedly did not like Brady’s decision to un-retire and return to the Buccaneers. While Brady may be playing yet another year in the NFL, he is definitely closer to the end of his career than the middle of it.

Tom Brady only returned to the Buccaneers with the potential to return to the Super Bowl. In addition to mainstays on the offense like running back Leonard Fournette, wide receivers Mike Evans and Chris Godwin, the Buccaneers signed wide receivers Julio Jones and Russell Gage. Although Brady’s long-time BFF and star tight end Rob Gronkowski retired, the quarterback and the Bucs had hoped the free agent additions could help fill the void left by Gronkowski.

Instead, the offense has operated without Godwin, who is dealing with a hamstring and ACL injury, and Julio Jones, who is nursing a knee injury. Despite the injuries, Tom Brady and the Buccaneers are off to a 2-0 start with wins against the Dallas Cowboys and their NFC South rivals New Orleans Saints.