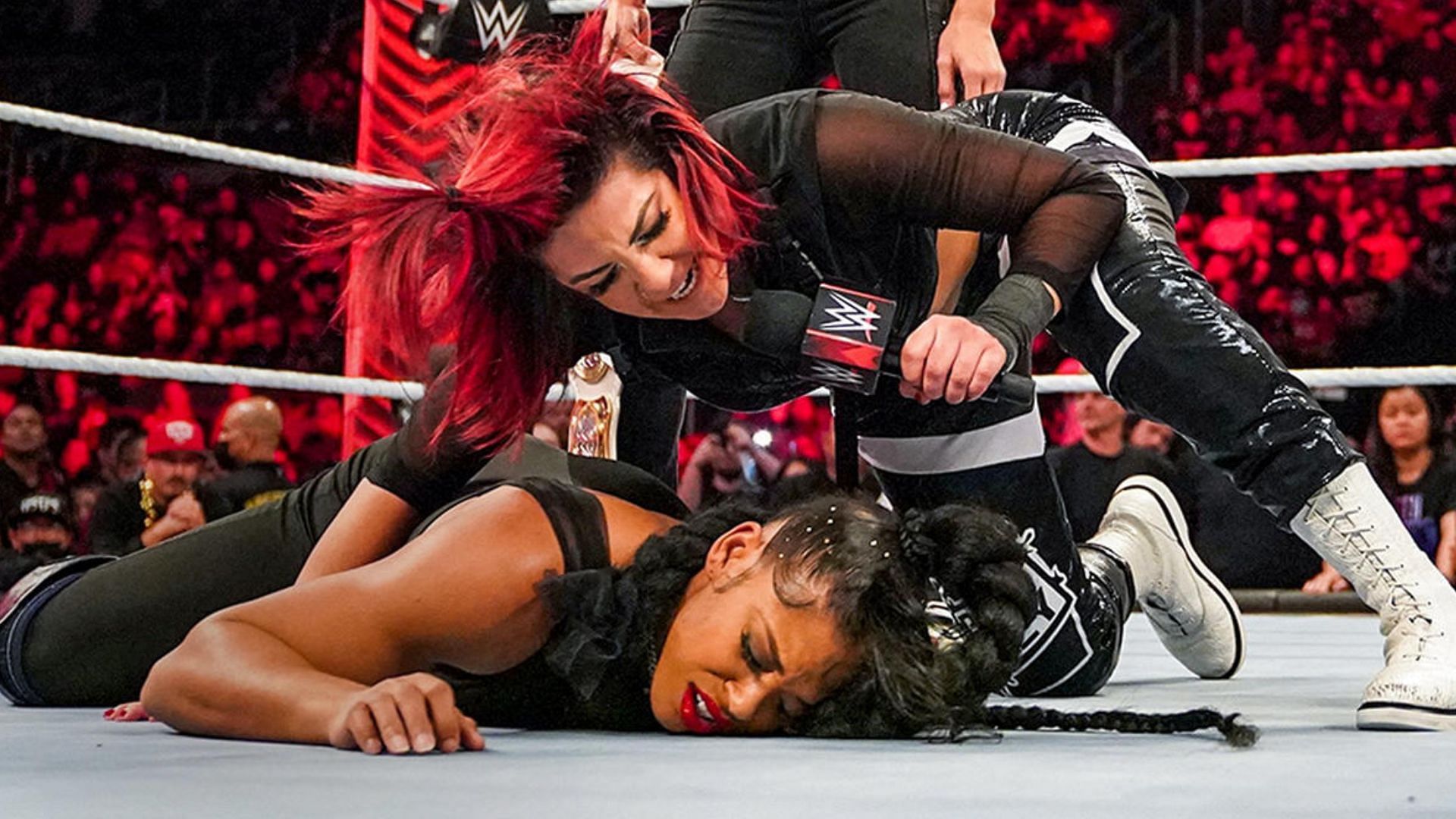 The ratings for this week’s episode of WWE RAW are in, and they took a massive hit. The decline in ratings for the red brand were likely due to going up against two NFL football games on Monday night.

The National Football League season has officially begun, and there were two Monday Night Football games last night. There is typically only one football game against RAW, so this was a particularly tough week for the red brand.

According to Brandon Thurston of WrestleNomics, last night’s episode of RAW brought in the lowest number of viewers since July 4th. The September 19th edition of WWE RAW averaged 1,593 million viewers and garnered a 0.45 (583,000) in the key 18-49-year-old demographic.

While WWE RAW suffered a 7% drop in total viewership last night, the show managed to get a slightly higher rating in the key demo than last week. Monday’s show opened with 1,709 million viewers in the first hour and then fell to 1,449 million in the final hour.

Vikings-Eagles on ABC had 12.9 million viewers. Bills-Titans on ESPN had 6.6 million, plus an additional 1.3 million on ESPN2.

Against two Monday Night Football games, this was Raw’s lowest total viewership since July 4.Vikings-Eagles on ABC had 12.9 million viewers. Bills-Titans on ESPN had 6.6 million, plus an additional 1.3 million on ESPN2.📋 Full report: patreon.com/posts/72252563… https://t.co/xPZrjiO8KN

What happened on this week’s WWE RAW?

Bobby Lashley defended the United States Championship against Seth Rollins to begin the show. Matt Riddle interfered in the match and Bobby capitalized with a Spear to retain the title via pinfall. Seth and Riddle brawled backstage and a Fight Pit match was announced for Extreme Rules next month.

Damage CTRL drove to the ring in a cart and celebrated with the Women’s Tag Team Championships. RAW Women’s Champion Bianca Belair, Asuka, and Alexa Bliss interrupted their promo. Alexa leveled Bayley with a punch to the face and The Role Model later battled her in the main event.

Austin Theory squared off against Kevin Owens. Theory tried to use his MITB briefcase as a weapon but Johnny Gargano ripped it away. Owens then hit the Pop-Up Powerbomb for the pinfall victory. Gargano & Owens vs. Alpha Academy was announced for next week’s episode of WWE RAW.

The Brawling Brutes picked up a victory over The Street Profits. Ridge Holland and Butch are set to battle The Usos for the Undisputed Tag Team Championships this Friday on SmackDown.

Dominik Mysterio explained turning his back on his father and his decision to join The Judgment Day. Damian Priest and Finn Balor then defeated Matt Riddle and Rey Mysterio in a tag team match. During the match, Dominik dared his father dele to hit him with a chair and Balor capitalized on the distraction with the Coup de Grace for the pinfall victory.

The Miz and Tommaso Ciampa had Dexter Lumis on an episode of Miz TV. He cut through the bottom of the ring and The A-Lister ran away. Finn Balor attempted to recruit AJ Styles to The Judgment Day backstage but The Phenomenal One declined.

Bayley defeated Alexa Bliss in the main event. After the match, Damage CTRL attacked and the RAW Women’s Champion hit the ring. Bayley hit Bianca Belair with the Rose Plant and challenged her to a title match at Extreme Rules to close the show.

WWE’s ratings have been going up as of late, but that trend has stalled due to the return of football. Only time will tell if the company can bring back some of the viewers lost for next week’s episode of WWE RAW.

Is WWE doing enough to hold your attention on a weekly basis? Let us know in the comments section below.

A legend believes CM Punk should have gone to WWE and not AEW. Don’t believe us? click here