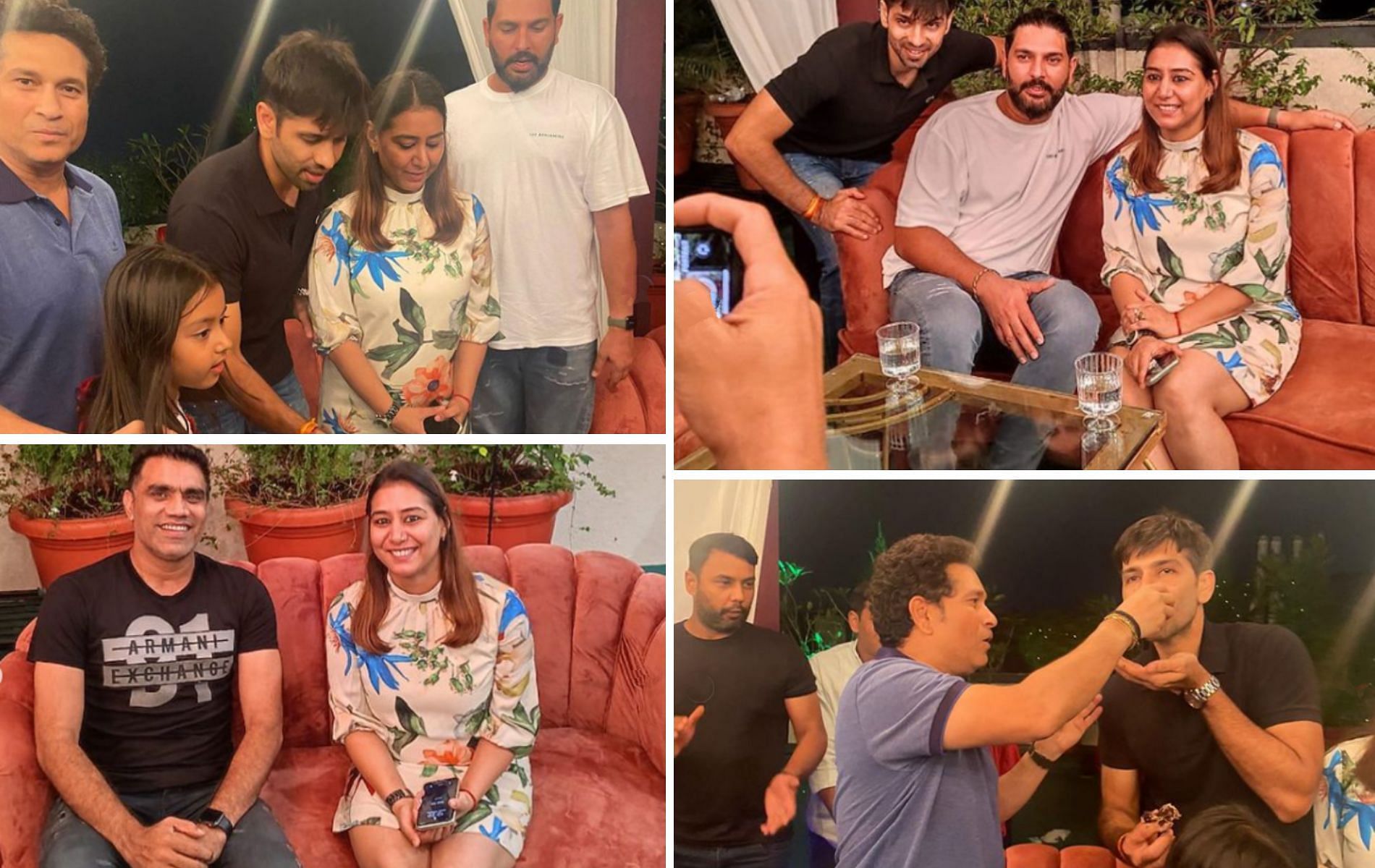 The players are currently participating in the Road Safety World Series 2022. Indore is one of the host cities for the T20 tournament.

On Monday (September 19), Ojha’s wife Ankita shared pictures and videos of Sachin, Yuvraj and other India Legends players at their home.

39-year-old Ojha is the wicketkeeper-batter for India Legends in the ongoing edition of the Road Safety World Series.

The domestic legend represented India in one Test, one ODI and two T20Is.

Tendulkar-led India Legends got their Road Safety World Series 2022 campaign off to a confidant start, defeating South Africa Legends by 61 runs in their first match in Kanpur on September 10.

Batting first after winning the toss, India Legends posted an imposing 217 for 4 in their 20 overs.

Stuart Binny top-scored with a smashing 82 not out off 42 balls, a knock which included five fours and six sixes. Yusuf Pathan slammed an unbeaten 35 in only 15 balls, clobbering four sixes.

In response, South Africa Legends were restricted to 156 for 9. Skipper Jonty Rhodes top-scored with 38* off 27 balls. For India Legends, Rahul Sharma claimed three wickets, while Munaf Patel and Pragyan Ojha picked up two each.

India Legends’ second match of the Road Safety World Series 2022, against West Indies Legends, was abandoned due to a wet outfield without a ball bowled.

The Tendulkar-led outfit will take on New Zealand Legends in Indore on Monday.