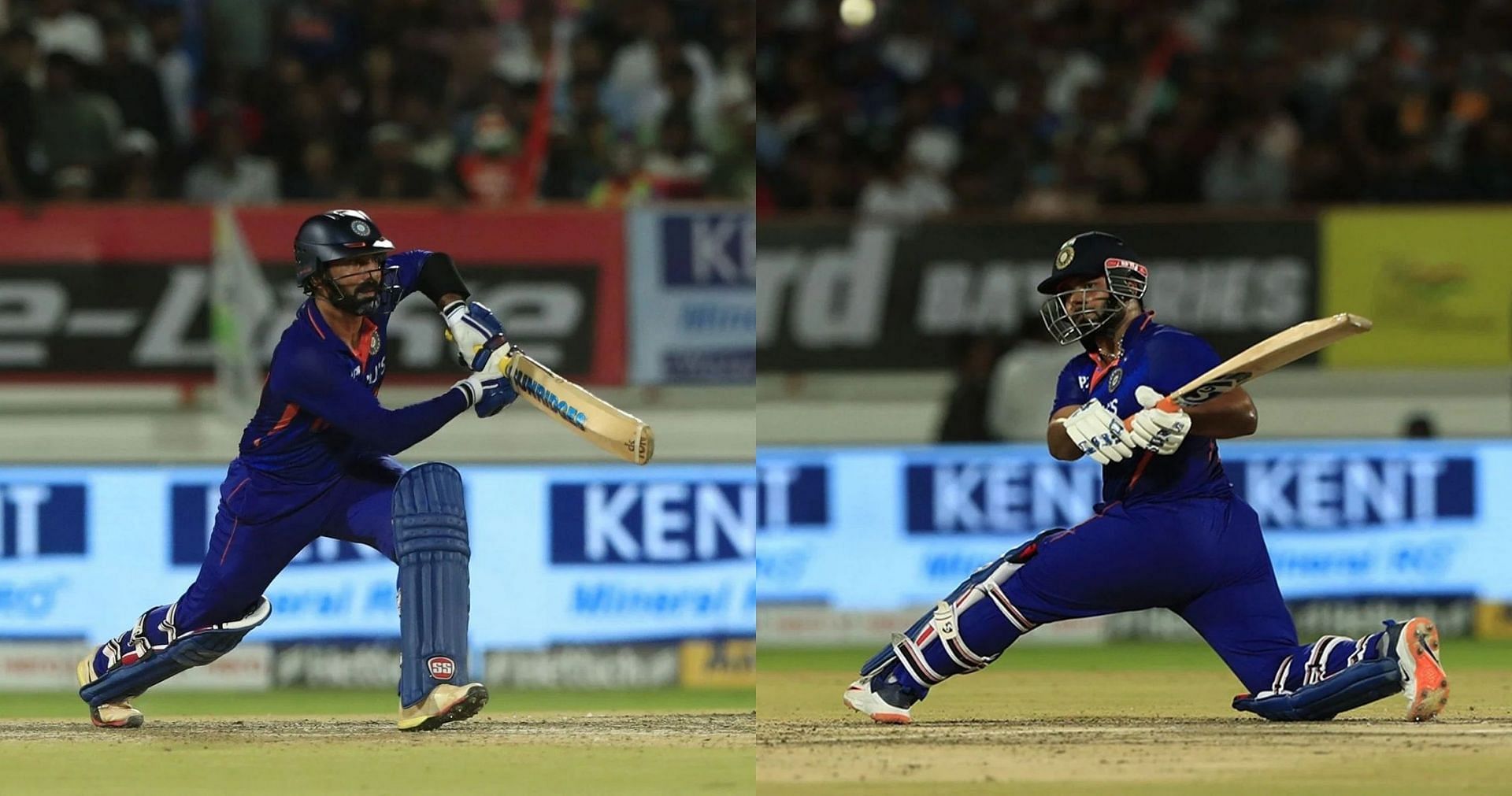 Former South African pacer Dale Steyn reckons that Dinesh Karthik is ahead of Rishabh Pant in the race for the keeper-batter’s slot in Team India’s T20 World Cup squad. According to Steyn, while Pant has refused to learn from his mistakes in the ongoing series against South Africa, Karthik just seems to be going from strength to strength.

Karthik was awarded the Player of the Match in Friday’s T20I in Rajkot. He smashed 55 in 27 balls, his highest T20I score, as the Men in Blue thumped the Proteas by 82 runs and squared a five-match series at 2-2.

Sharing his views on the Karthik versus Pant debate, Steyn said that India must pick the one who is in form heading into the T20 World Cup in Australia. During a discussion on ESPNcricinfo, the South African legend said:

“Pant had four opportunities in this series, but he just seems to be making the same mistakes. You would think that good players learn from their mistakes. He hasn’t and DK has just come out every single time and has shown what a class player he is. If you want to win World Cups, you pick a guy that’s in form. If he’s in a purple patch or he’s in red-hot form, you pick that guy.”

The 38-year-old added about Karthik’s chances of featuring in the T20 World Cup:

“There are guys that teams will pick on reputation. But, DK is in such fantastic form, if he continues this form, he is going to be one of the first names written down on that plane when India tour for the World Cup later this year.”

Karthik came in to bat on Friday following Pant’s dismissal for 17 off 23. The hosts were in trouble at 81 for four. However, the 37-year-old smashed nine fours and two sixes to lift India to 169 for six.

Even since the start of IPL 2022, Karthik has been in sensational form. He played the role of finisher to near-perfection for Royal Challengers Bangalore (RCB) and has carried on his great run in the ongoing T20Is against South Africa. Analyzing the Tamil Nadu batter’s impressive recent performances, Steyn opined:

“DK has been in phenomenal form and it just looks like he is getting better and better. He’s got that great wicketkeeper mentality. He reads the game really well and kind of knows and understands what bowlers are looking to do. And then he backs it up with really good skill.”

“His reverse sweeps, his lap sweeps, they are shots being played by someone who understands what the bowler is going to bowl before he has even run up to bowl. He often attacks the first and last ball of the over. He puts the bowlers under pressure and the guys just don’t have an answer for him.”

Karthik and Hardik Pandya (46 off 31) added 65 runs for the fifth wicket in the fourth T20I to help the hosts finish with a competitive total. Avesh Khan then claimed four for 18 as India bundled out South Africa for 87 in 16.5 overs.

Also Read: “He is enjoying that challenge” – Zaheer Khan on Hardik Pandya thriving in pressure situations