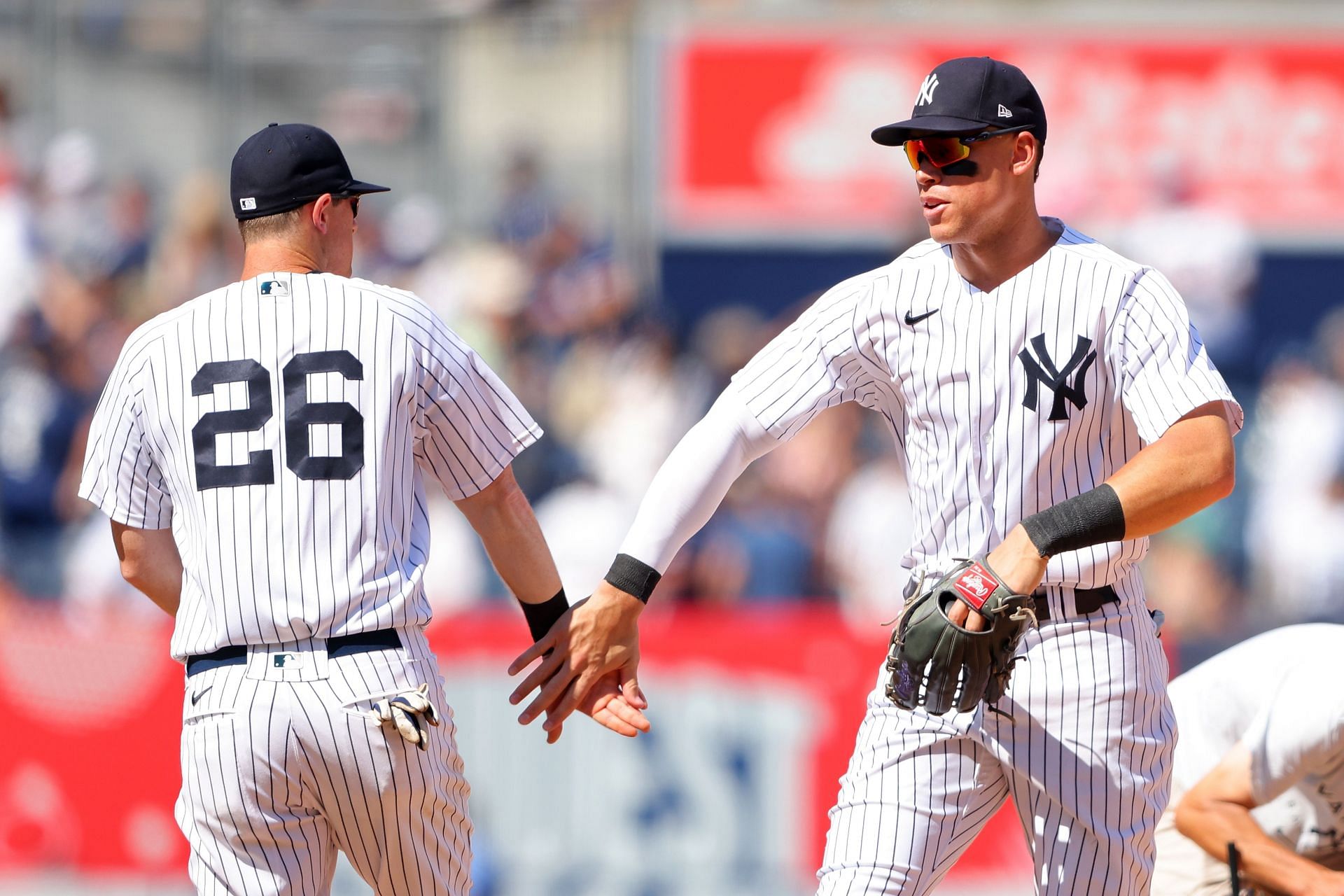 The month of June has concluded, and the MLB season now goes into the dog days of summer in July.

A month of games can drastically change the outlook for a team. That was certainly the case for three of the four teams with the best records in June.

“These teams made noise in June.”-@MLB

Many fans took to Twitter to discuss the reveal of the four best teams in the month of June.

The Boston Red Sox, who looked to be sellers at the deadline at the beginning of the month, went 20-6 in June. Despite this amazing record, the team still lost a game in the AL East standings to the New York Yankees.

@MLB @Yankees @Braves @RedSox @Phillies It must be absolutely brutal to go 20-6 and lose ground in the division. I’m a Yankee fan but I swear that’s not even meant as a snarky remark, genuinely that is absolutely wild to play that well and a rival division does the same thing.

@MLB @Yankees @Braves @RedSox @Phillies It must be absolutely brutal to go 20-6 and lose ground in the division. I’m a Yankee fan but I swear that’s not even meant as a snarky remark, genuinely that is absolutely wild to play that well and a rival division does the same thing.

The Yankees had a record of 22-6 in the month of June, with three of their six losses coming against the Houston Astros.

All four of these teams are looking to make the postseason, with three of the four currently in the playoffs if the season ends today.

The team on the outside looking in would be the Philadelphia Phillies, but if they keep up this pace, it won’t be long before they are in.

Here, we’ll take a look at the five best teams in baseball entering the month of July. Let’s get started.

The Atlanta Braves have been one of the hottest teams in all of baseball. After starting the season well below .500, the team rattled off 14 wins in a row.

This can be partly attributed to the return of superstar Ronald Acuna Jr. Right now, the Braves look like a serious threat comes October.

The New York Mets come in at #4 and are trending down after a subpar month of June. They have been dealing with numerous injuries but have found a way to stay atop the NL East standings, though the lead is shrinking.

The Mets’ record of 47-29 is the second-best in the National League behind the Los Angeles Dodgers.

The Los Angeles Dodgers come it at the #3 spot in this edition of MLB Power Rankings. The Dodgers have the best record in the National League, but they have not been as dominant as many had thought to start the season.

Some of this could be due to injuries to Mookie Betts and Clayton Kershaw that have limited their action. Max Muncy and Justin Turner have been largely disappointing in 2022.

Despite this, the Dodgers have arguably the best starting rotation in baseball to go along with an extremely deep lineup. Before all is said and done, don’t be surprised if the Dodgers surpass the Yankees for the best record in baseball.

The Houston Astros come in at the #2 spot in the power rankings. The Astros have the second-best record in baseball, behind the New York Yankees. They have seen great production up and down the lineup and have one of the best rotations in baseball.

The Astros have also gone 3-2 against the New York Yankees this year. They seem to be the only team to give the Yankees any trouble. A postseason series between the two would be an instant classic.

The number one spot goes to none other than the New York Yankees. The Yankees have been the best team in baseball all season, and their record of 22-6 in June topped all of baseball.

As of now, the New York Yankees have an impressive eight-game lead over the Houston Astros for the best record in baseball. Simply put, they are on top of the baseball world.

For more news and updates, go to the Sportskeeda Baseball page.