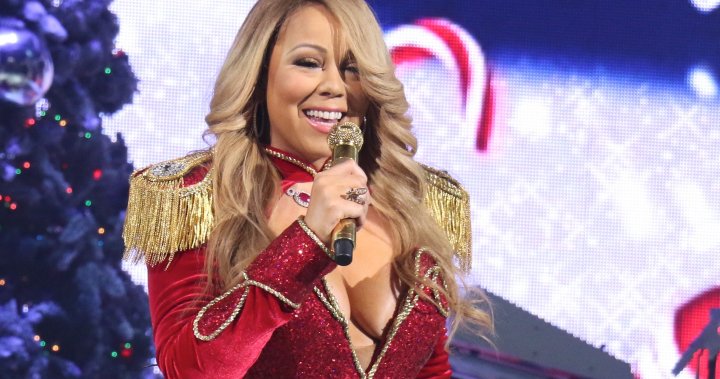 Mariah Carey was sued on Friday for her 1994 holiday anthem All I Want for Christmas Is You over claims that she misappropriated the song from an earlier version.

Andy Stone, also known as Vince Vance from the country-pop band Vince Vance & the Valiants, filed a complaint in New Orleans federal court stating that he co-wrote the song with the same title five years before Carey. He is seeking US$20 million in damages for alleged copyright infringement and misappropriation from Carey, her co-writer Walter Afanasieff, and Sony Music Entertainment.

Stone co-wrote and recorded the Vince Vance & the Valiants version of All I Want for Christmas Is You in 1989, according to the lawsuit. He claims the track received “extensive airplay” in 1993 and “began making appearances on the Billboard Music Charts.”

Carey’s version was released in 1994 on her Merry Christmas album. The two songs have different lyrics and melodies.

Stone accused the defendants of illegally exploiting his “popularity and unique style” and for causing confusion with audiences by recording the newer song without his permission.

Carey’s version of All I Want for Christmas Is You is hard to miss around the holiday season, receiving widespread play on the radio and on streaming services. The song has topped the Billboard Hot 100 Chart every year since 2019.

All I Want for Christmas Is You was Carey’s 19th No. 1 song, one fewer than the Beatles.

It’s unclear when Stone first learned about Carey’s song, though his complaint did recount that Stone’s lawyers contacted the defendant in April 2021 about the alleged unauthorized use. They were “unable to come to any agreement.”

Carey, Sony Music and Stone have not yet made a public statement in regard to the lawsuit.

Alan Cross: How do we solve a problem like Mariah?

This legal challenge to Carey’s hit song comes amid a rise in copyright lawsuits leveled against famous musical artists.

In March, Dua Lipa was sued twice over her song Levitating. In April, Ed Sheeran won in court after it was alleged that his hit song Shape of You had plagiarized another work.

“While we are obviously happy with the results, claims like this have become way too common now,” Sheeran said after winning the lawsuit.

— With files from Reuters