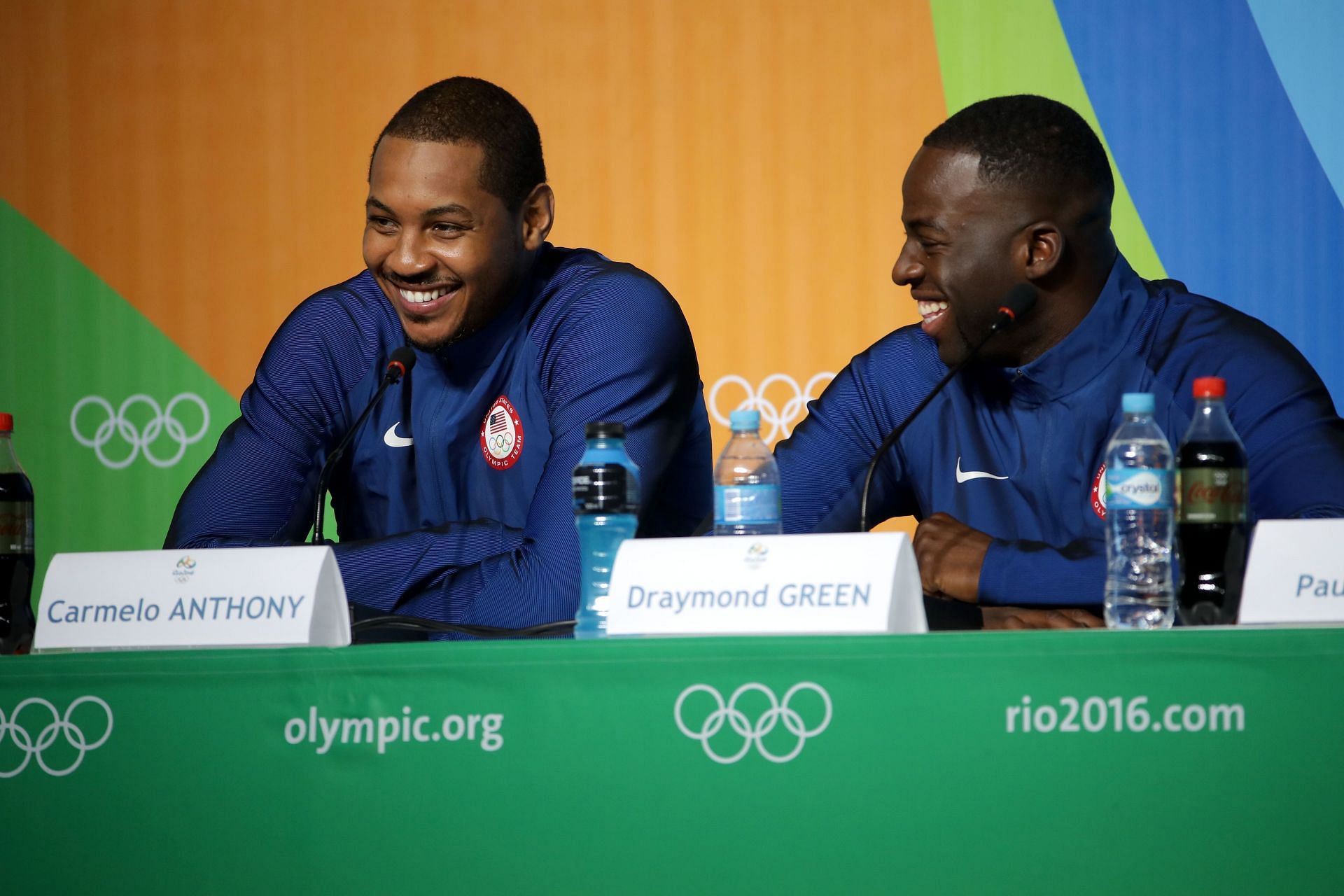 Draymond Green draws respect for what he does, not for piling up statistics, for the Golden State Warriors. And Colin Cowherd shed light on his importance on Wednesday.

Green has played a crucial role in helping the Warriors reach the NBA Finals for the sixth team in eight years. While his efforts, he might not show in the box score, they would not have accomplished what they have without him.

In Game 1 on Thursday night, they will take on the Boston Celtics in their quest for a fourth title in their last six final appearances. Cowherd talked about how Green influences the team’s culture and how that impacts winning. On “The Herd with Colin Cowherd,” the TV personality said:

“Draymond Green has influence, and I think influence is what creates cultures. Influence does. And cultures are really important in winning. Most basketball fans believe Carmelo Anthony is better than Draymond Green, and I just laugh at that. That’s a very unsophisticated look at basketball.

“Carmelo Anthony is a lousy defender. I don’t see any leadership skills, was once threatened by Jeremy Lin as a teammate. No influence over any culture could never come to terms until the very end of what he was. In this last eight years, the best culture, the dynasty in the league … he’s their best defender, he’s their most verbal player, he’s their enforcer.

“He has had massive influence in the greatest basketball culture over the last decade.” — @ColinCowherd

Don’t underestimate Draymond Green’s value to the Warriors…”He has had massive influence in the greatest basketball culture over the last decade.” — @ColinCowherd https://t.co/9mSeeHZXvu

Green’s influence has undoubtedly been felt in Golden State. While Steph Curry and Klay Thompson guarantee the points, he makes sure the defense is nice and tidy.

Green’s exclusion from the 2022 All-Defensive first team upset the Warriors forward. He believes he deserved to be on the first team, especially as the number of games played is not a criteria.

Ahead of Game 1, Green expressed his confusion regarding the All-Defensive vote:

“For me, it’s a slight. When I look at the first team, I’m not sure I can pinpoint, definitely not five guys that had a better defensive season than me. And there are no (games played) requirements. There is not some amount that you have to play in. If there was an amount that you had to play, then I would be an idiot sitting here and saying that.

“It goes on the resume as an All-Defensive team, so I will take it. But I was a little shocked when the first team and I was like, ‘Hmm, that’s interesting. Maybe I didn’t make it at all. ‘”

Draymond considers it a “slight” to not be named to the All-Defensive First Team https://t.co/1fyvVansUI

The Defensive Player of the Year award was deservedly given to Marcus Smart, but Green believes he should have made the first team. That team was composed of Smart, Jaren Jackson Jr., Mikal Bridges, Giannis Antetokounmpo and Rudy Gobert.