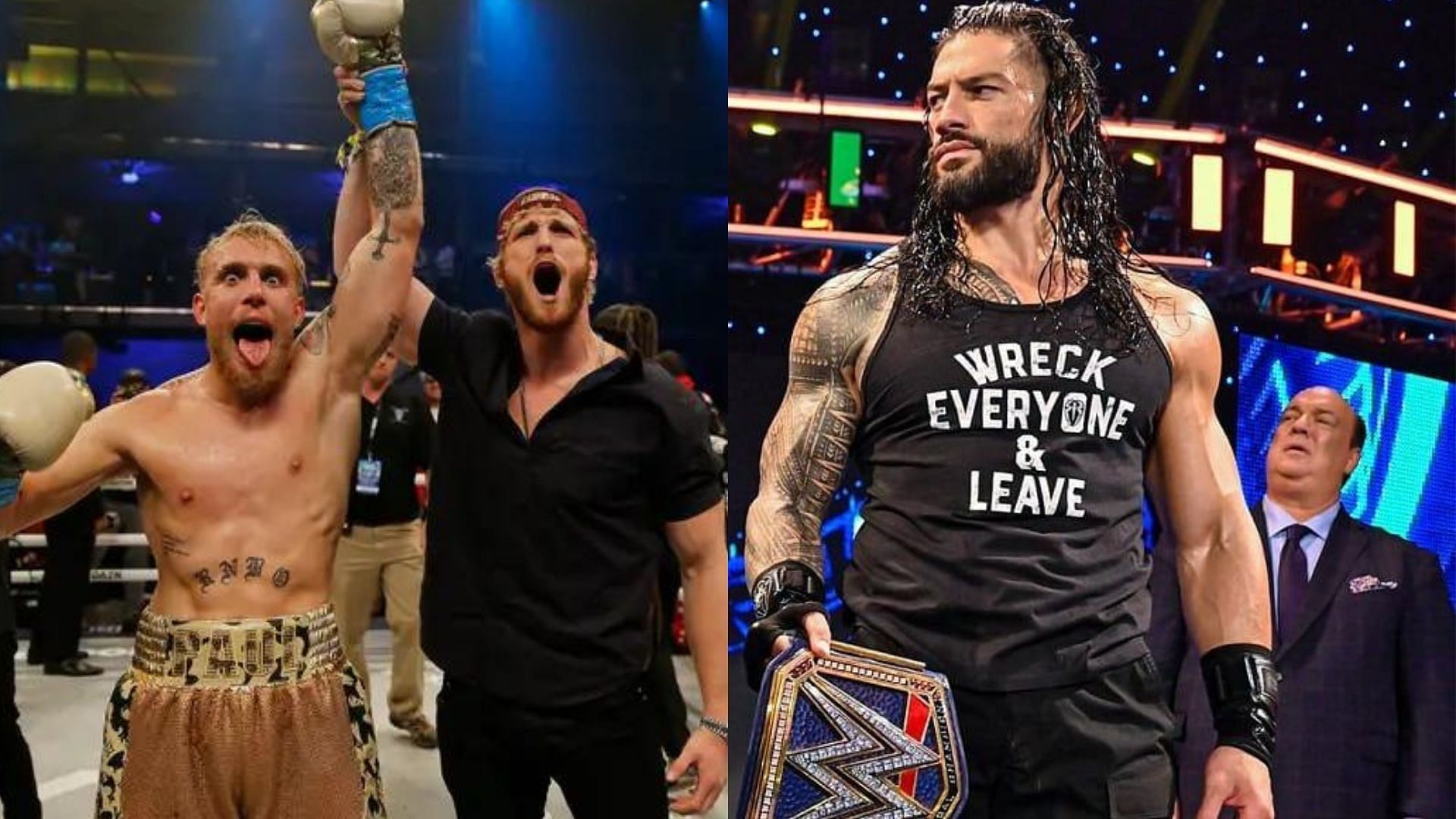 On this week’s episode of WWE SmackDown, Paul Heyman namedropped YouTube star Jake Paul during a face-off with Logan Paul.

During the opening segment of the show, The Wiseman and The Bloodline confronted Logan Paul. Heyman claimed that Logan’s brother Jake will get knocked out by The Spider in their upcoming boxing match.

“Your brother, Jake Paul, picks a fight with the greatest MMA striker in history, Anderson Silva, who’s gonna knock your brother out. No disrespect.” said Heyman.

Check out the clip of Heyman’s confrontation with Logan Paul:

Meanwhile, Logan recently hosted Roman Reigns on his IMPAULSIVE podcast. Following the podcast, they had a brief back and forth on Twitter before Triple H invited the YouTube megastar to WWE SmackDown.

The latest episode of the blue brand started with Paul delivering a right hand to Sami Zayn as he came out with the rest of The Bloodline to face Ricochet. Solo Sikoa, the latest addition to the group, was also at ringside.

This was also Paul Heyman’s first televised appearance since eating a F5 from Brock Lesnar at WWE SummerSlam.

Although Roman Reigns was not present on the show, he could face off against Paul on an upcoming episode of either RAW or SmackDown.

What did you make of the opening segment of SmackDown? Let us know in the comments section below.

EC3 hits out at The Velveteen Dream for his comments. Catch it right here.